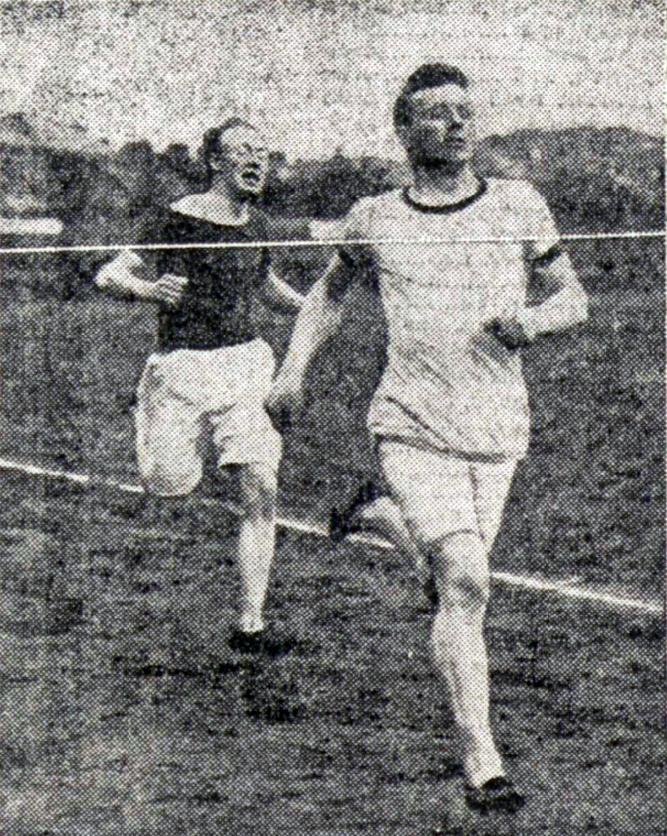 On the way back from Bedford a few years ago I was listening to a Radio Scotland programme discussing the ‘all-time greats’ of Scottish football.   When they started talking about the centre half/central defender position someone mentioned Billy McNeil and the response from the programme’s host was “That’s OK, but we don’t want to go too far back, not many of our listeners would have seen him in action.”   The idea of this page is to have a look at some our best ever runners and we don’t have the notion that the all-time greats have to have been seen by the present generation.   I go with the German author Werner Bergengruen who reckoned that there were many more citizens of any town than there were living in it at any point, and many of the dead had stories to tell that were at least as good.   We can divide them into time slots for ease of reference and of course this list will be added to as time passes.   The most recent is Archie Craig of Bellahouston, Scottish cross-country runner from 1913 to 1924.