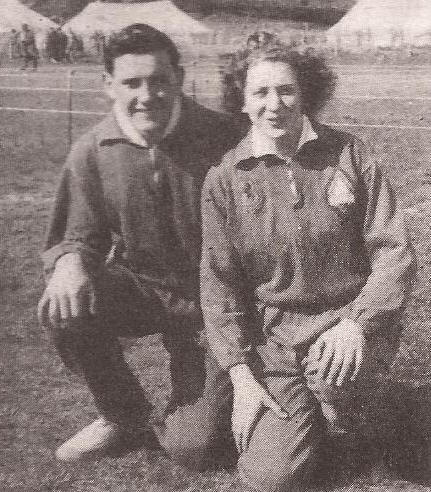 The inclusion of officials and administrators in the website is because in the first place of the almost unbounded admiration and respect I have for those men and women who make the sport possible by officiating for many, many hours in all sorts of weather to enable our sport to go ahead.   When competitors mutter about the weather at a field events competition and dilly dally in getting their tracksuits off ( dragging out the competition, or cross-country runners assert their bravery in all kinds of weather, the officials start before the athletes and are out in the rain and often worse for the entire duration of the event.   Total respect is due.   Second, it is important to record the work done totally unpaid by all these stalwarts on behalf of the sport – the sheer quantity of time spent – the sacrifices of money and time – will be difficult for future generations to comprehend.   What they do needs to be noted.   We start with those below.