There are so many really good photographs of Arthur Robertson during his meteoric career that it felt wrong to show only a few of them in the profile.

It was decided to have a separate page with the pictures in chronological order for interest and for information.   The first photograph is a news clipping though which tells of one of his cycling victories and seems to indicate that he was  more than a moderately successful racer on two wheels.   It is from the ‘Northampton Mercury’ of 6th August, 1897.

This next one is from the AAA Four Miles Championship in 1906: Robertson is Number 4 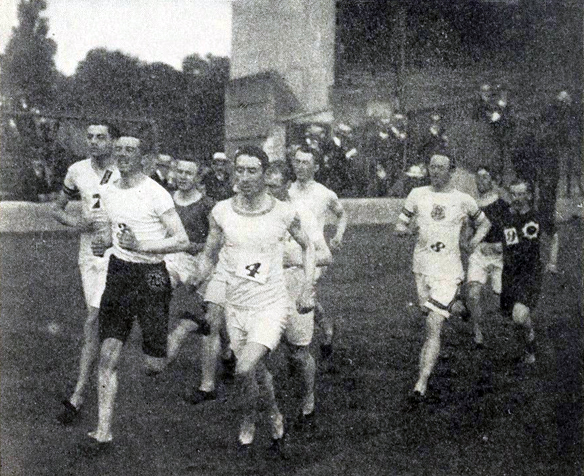 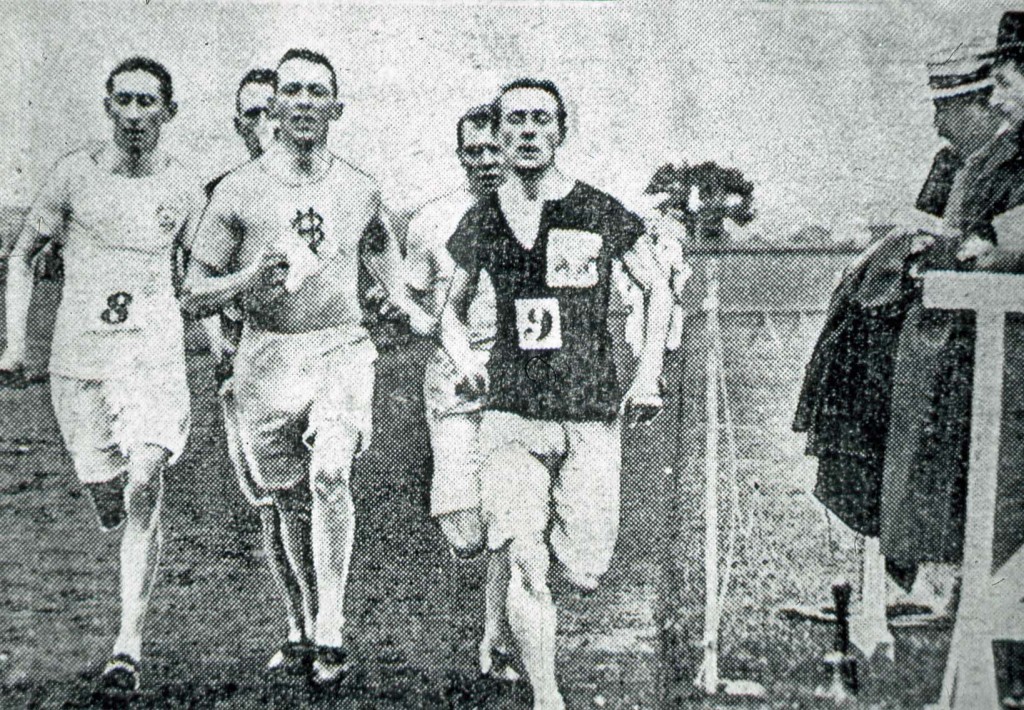 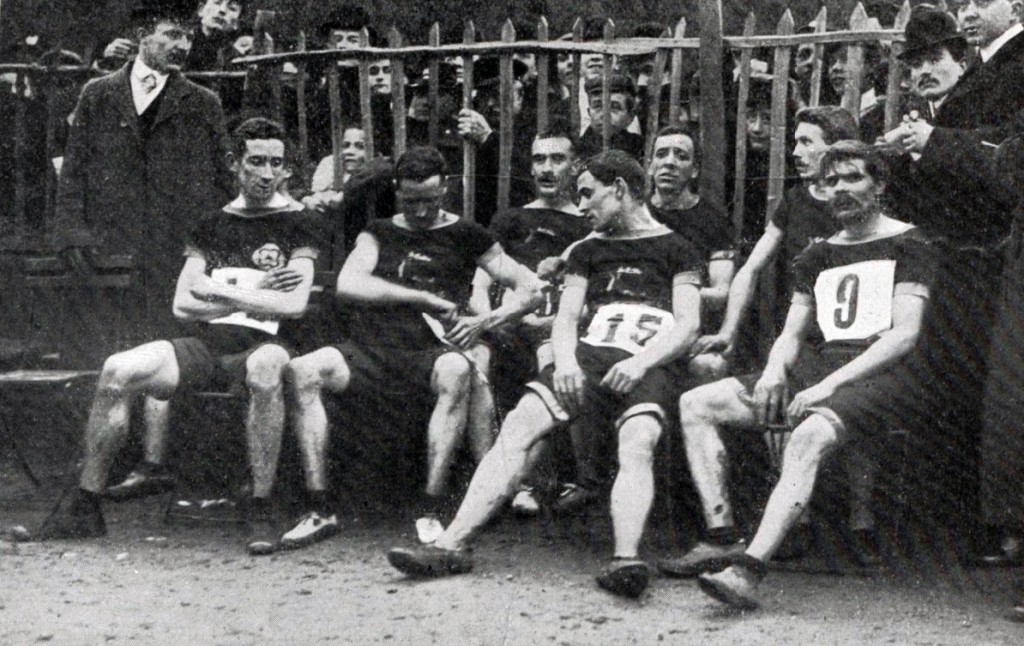 Below is a picture from the race with Robertson in black behind the leader, Keyser 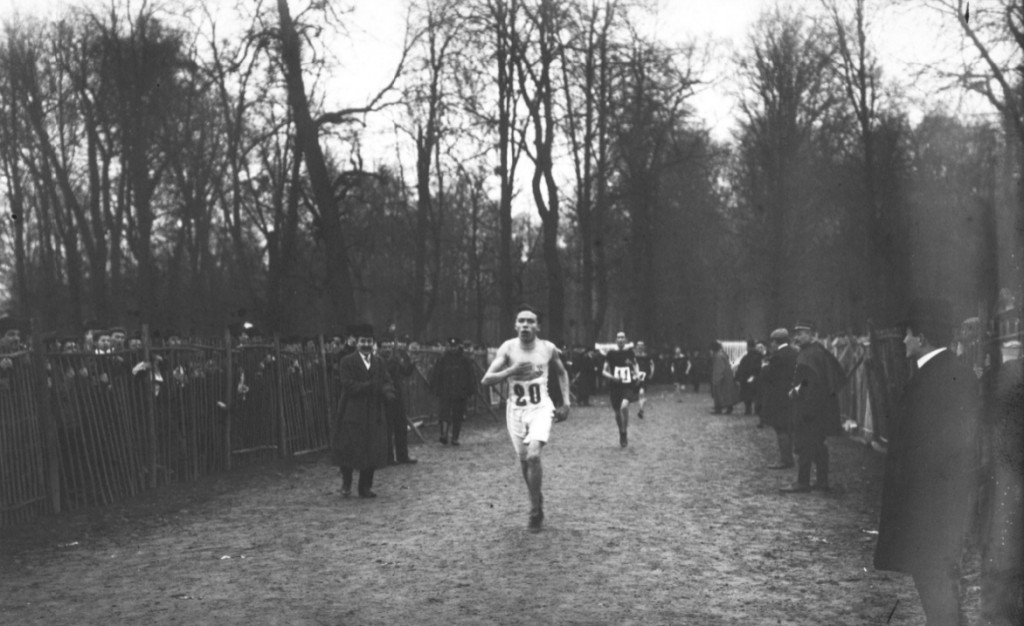 Above: Keyser finishing ahead of Robertson

Below: Robertson and E Green of Birchfield 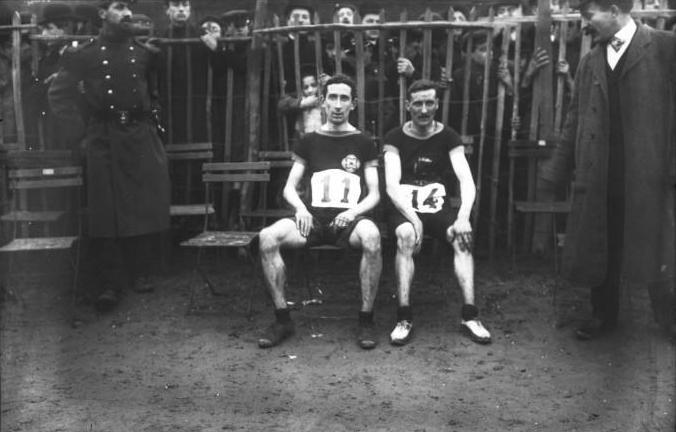 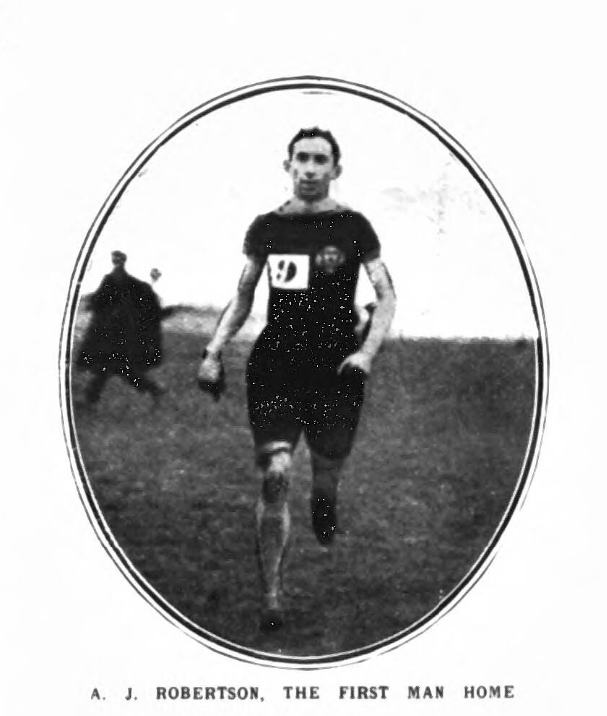 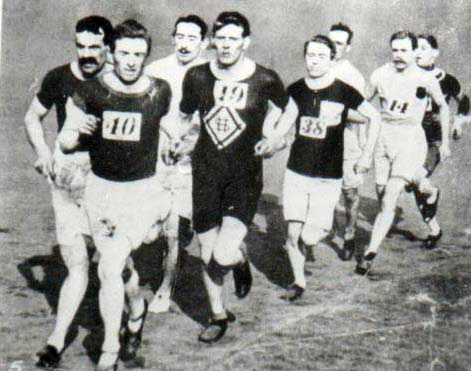 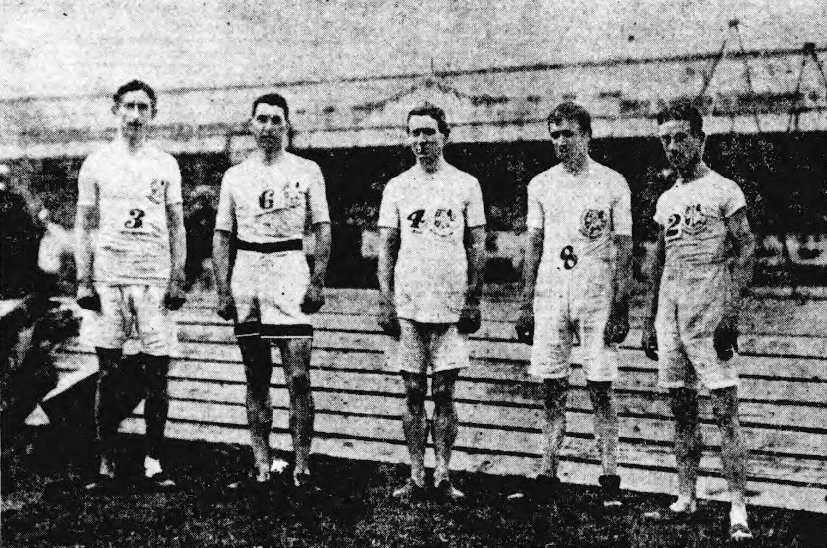 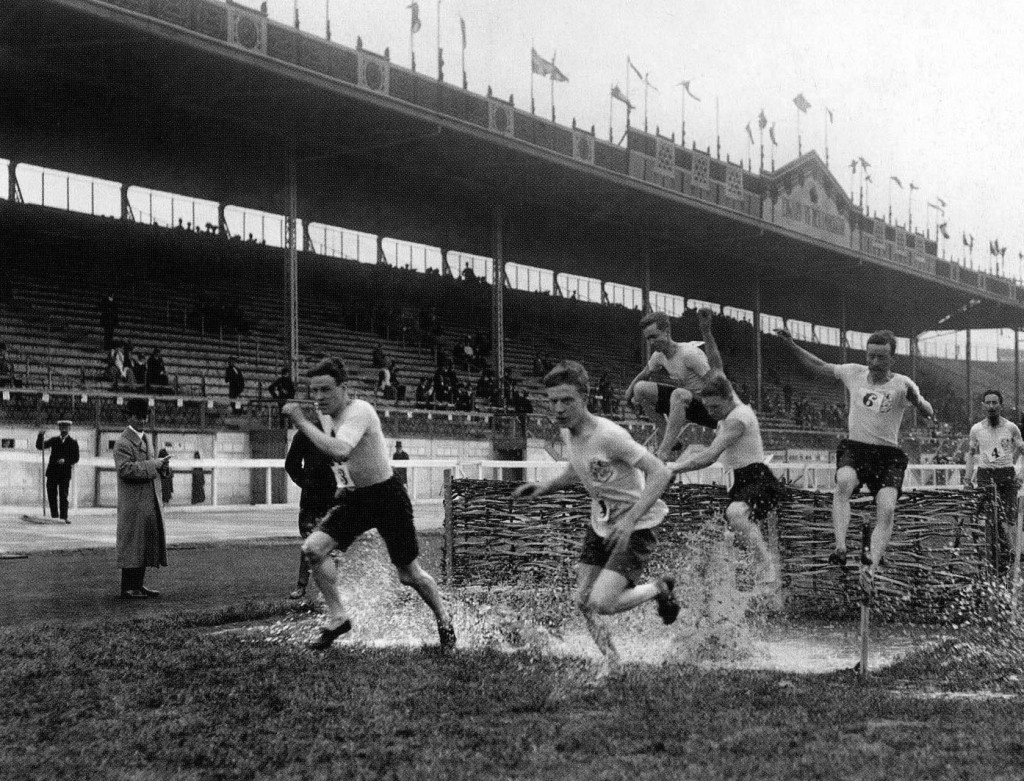 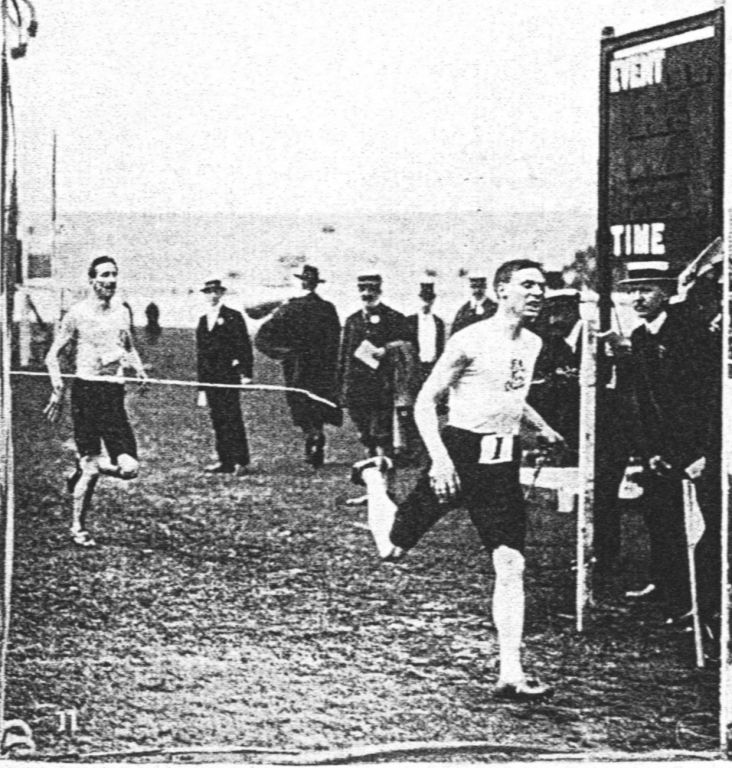 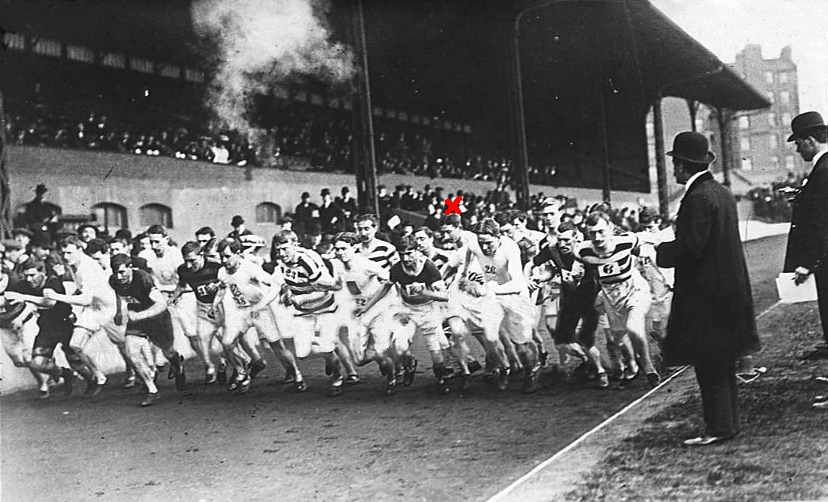 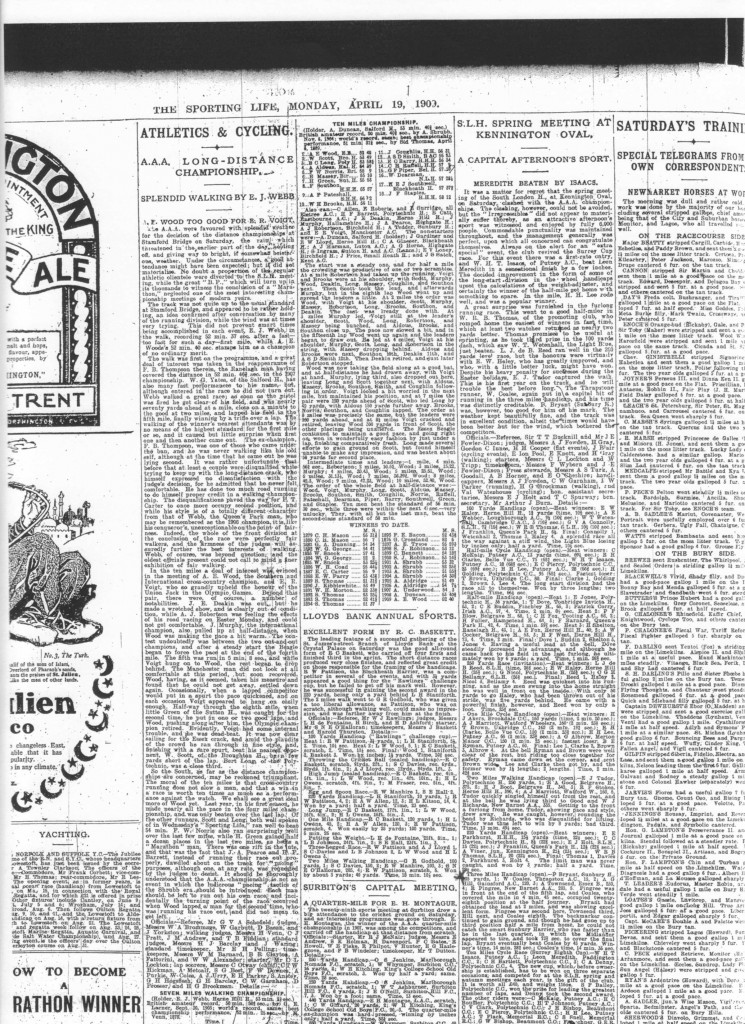 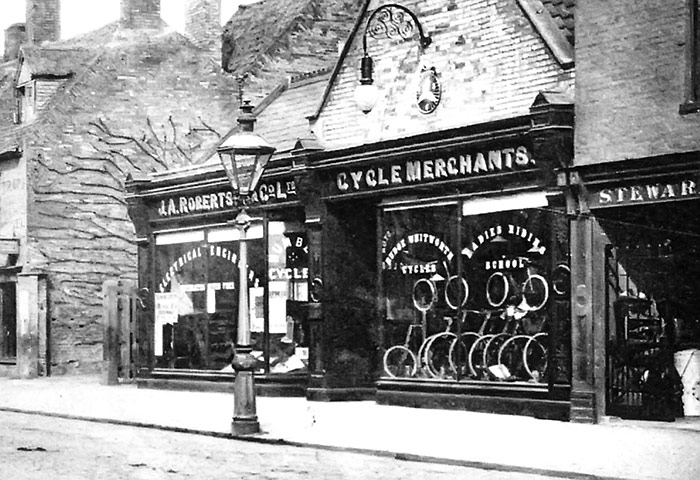 The original bicycle shop: he came from cycling, he returned to cycling – everything seems to go in cycles! 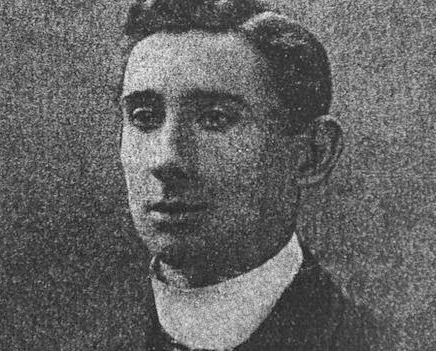 … and just for interest …