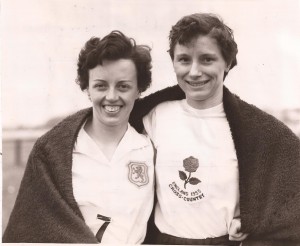 I was asked just a couple of weeks ago what the website was all about!   Well, it’s a mixture.    There is the obvious historical element – profiles of runners from the 19th century to the mid 20th century.   But ….

While in this twenty first century there are very dedicated club people, I feel that there is no real understanding of the amount of work that was done unpaid by club members.   Indeed I feel quite strongly that there is a sentiment that officials, administrators, etc of the present generation are the hardest working ever.    So to present a picture of the world of athletics of the mid/late 20th century I have included here three new categories of profile that I don’t think are covered anywhere else on the net:   hard working club officials (such as Bob Anderson of Cambuslang and Hugh Stevenson of Victoria Park), national administrators and officials (eg Ron Morrison, Alex Jackson, Lesley Roy, etc) and the totally unpaid and usually overworked coaches.   To complete the overview, I have included two of the best Scottish sports journalists of all time in Doug Gillon and Sandy Sutherland.

Road runners have been fortunate to have lived through the era of the Edinburgh – Glasgow relay, the SAAA Marathon held from the national championships and races at all sorts of distances throughout the summer season.   The scene is nothing like it was.    The present road scene is less varied, less useful to marathon runners, and less successful (below the top 2%) than it has ever been.

So read the profiles here and see what these people did for the sport – it was nothing less than magnificent.