The lack of easily obtained and produced photographs did not prevent the staff of the ‘Referee’ from pictorial representations of teams and groups of sportsmen when required.   Each is labelled here but there are two groups for the Celtic  v  Third LRV Cup Final – one with both teams from before the event and one, printed the following week, of likenesses of all the players after the match.   Just look at them closely and see how much work went into them. 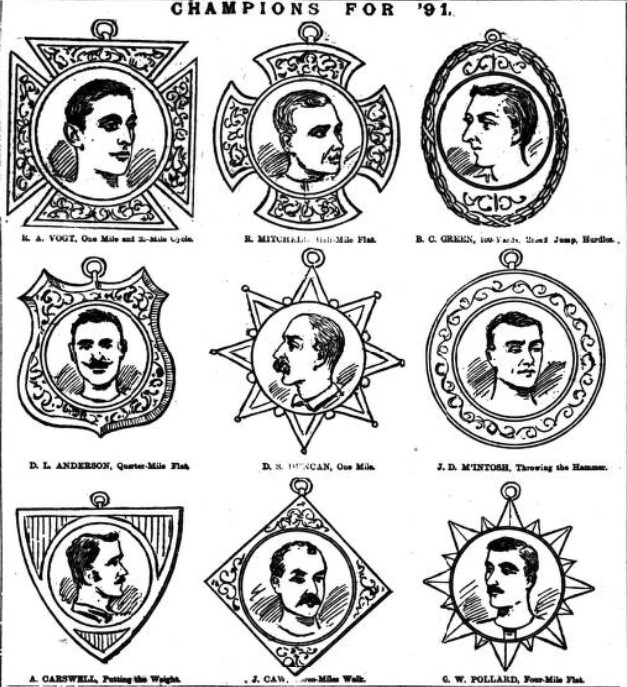 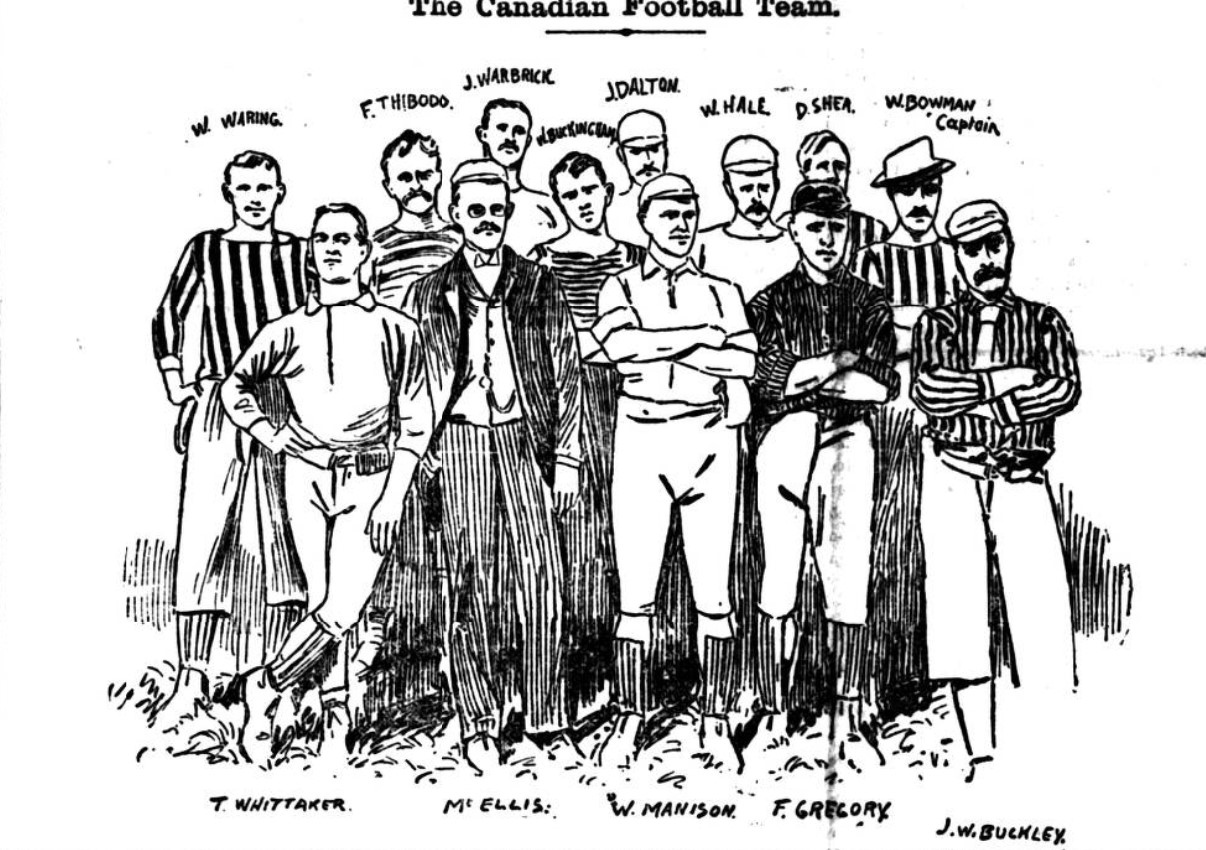 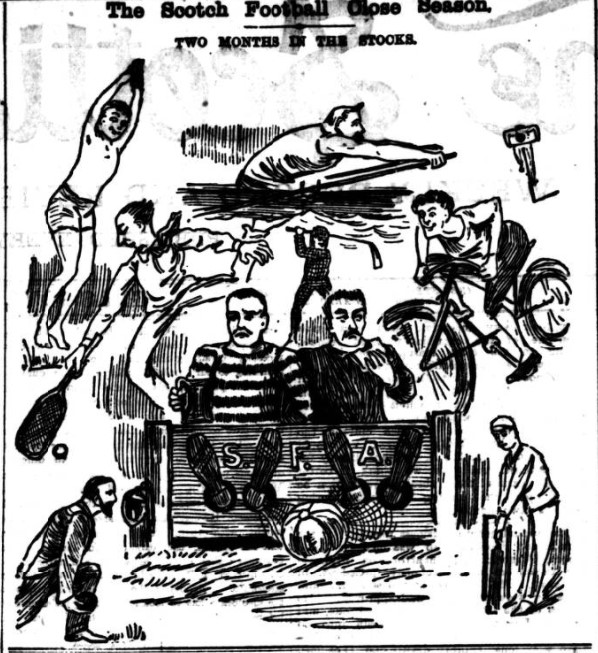 The Football Close Season: all the other sports thrive while they spend two months ‘in the stocks’ 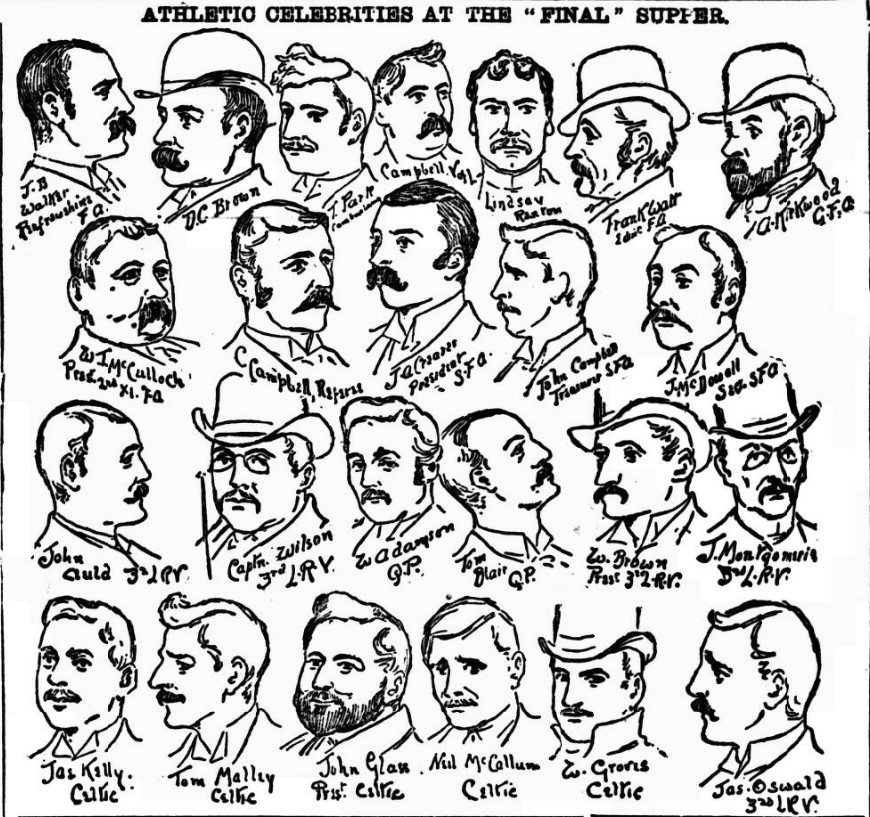 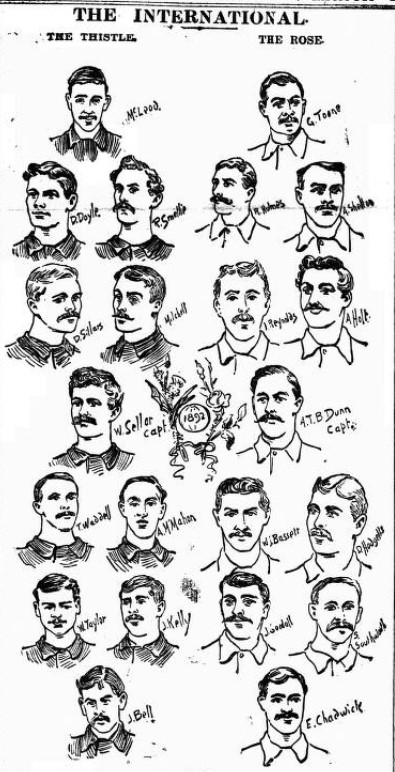 The Scottish and English teams for the international in April, 1892, as part of a ‘Special Edition’ for the fixture

Although the number of drawings was seriously reduced, maybe especially once photographs became possible, they continued to appear right up to the 1914 War. 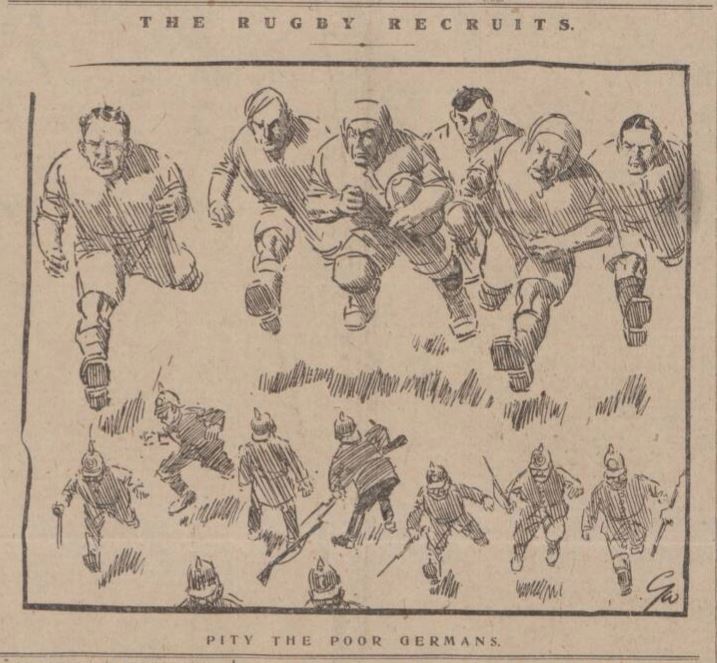