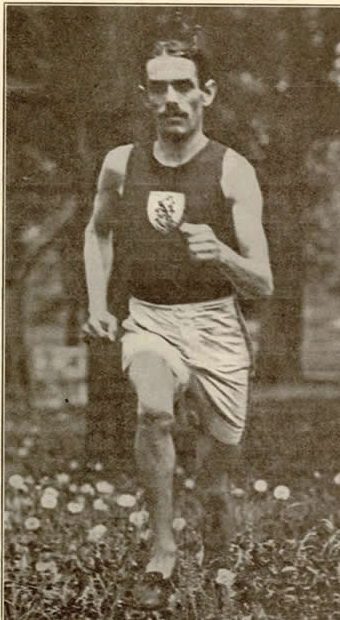 On 4th November, 1904, Alf Shrubb ran at Ibrox Park in Glasgow and broke the world one hour record + all amateur records from six to eleven miles  +  all professional records from eight to eleven miles + running a distance of 11 miles 1137 yards in one hour.   Read any of the periodicals of the time and the magnitude of what he achieved will maybe sink in.   He was not a Scotsman but he provided one of the great nights of Scottish athletics.   Hugh Barrow has provided the following clippings about the event and they have a place on any site devoted to the history of distance running in Scotland. 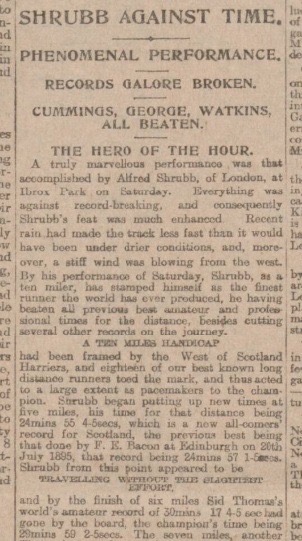 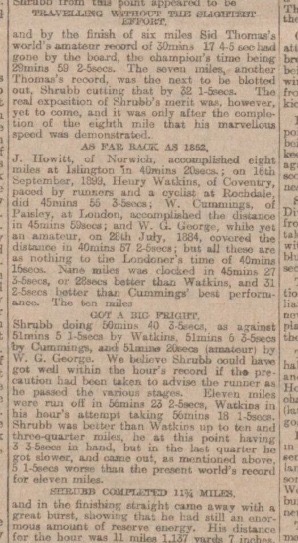 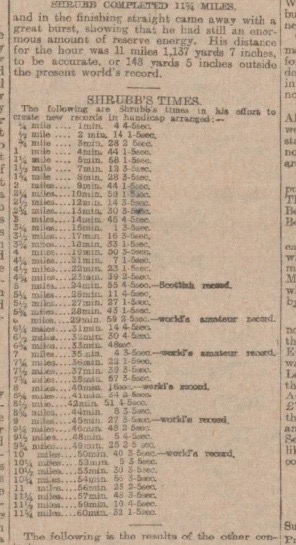 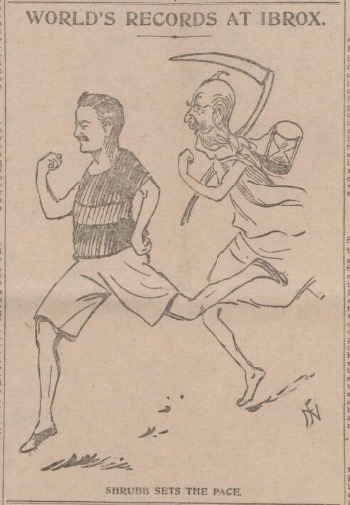 NB:  The run made a great impact on Scottish distance running for decades to come.   His intermediate marks became targets for any Scottish runner with pretensions to class.  They were noted in club handbooks – see this one for West of Scotland Harriers, one of the top clubs in the country at the time.    Link .