The notice above is for the 1903 version of the international and it is of interest for several reasons.   For many of us the fact that tickets were on sale at Lumley’s in Edinburgh brings back memories of collecting tickets or entry forms for races all over the country in the Glasgow Lumley’s in Sauchiehall Street.   Life was easier, and therefore more pleasant, when you could just go into a shop, buy your ticket and then a few days later head for the sporting fixture of your choice.   Much simpler than going into the whole online rigmarole.   Second, a good seat in the Stands could cost up to four times the cost of entry to the ground. 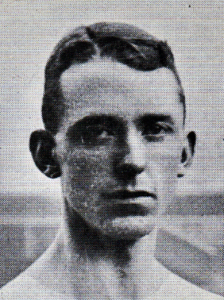 On 18th July, 1903, at Powderhall Grounds, Edinburgh, Scotland had another victory over Ireland: 7 – 4 this time round with McGough taking revenge for his two second places in 1902, and Nicolson beating Kiely in the Hammer.   The weather early in the day was miserable and wet but it cleared up –  the track was left wet and heavy – although not enough to make it a big crowd.   Top events were:

Mile: McGough took the lead right at the start with Daly just half a yard or so behind him.   It stayed like this until the last half lap when Daly tried to pass.   It was a great tussle all the way home with McGough never headed, winning by about a single yard against a top class athlete.

Hammer: This was only the second time that Scotland had won the event.   The first ytime was in 1895 when the Scots style was followed, thereafter the Irish hammer and style was used and they had won every contest since.   Nicolson broke his own Scottish record by almost two feet.

440 yards: Watson and McKenzie neck and neck until the final 10 yards with Watson winning by inches. 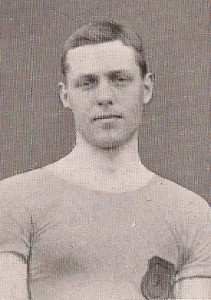 16th July, 1904, at Ulster CC Grounds, Belfast were the date and time for the next international between the two teams.

The detailed report below is from the Cork Examiner of the following Monday: interesting to note that the Irish expected Scotland to win the match but eventually won by the same score as the Scots at Powderhall the previous year.