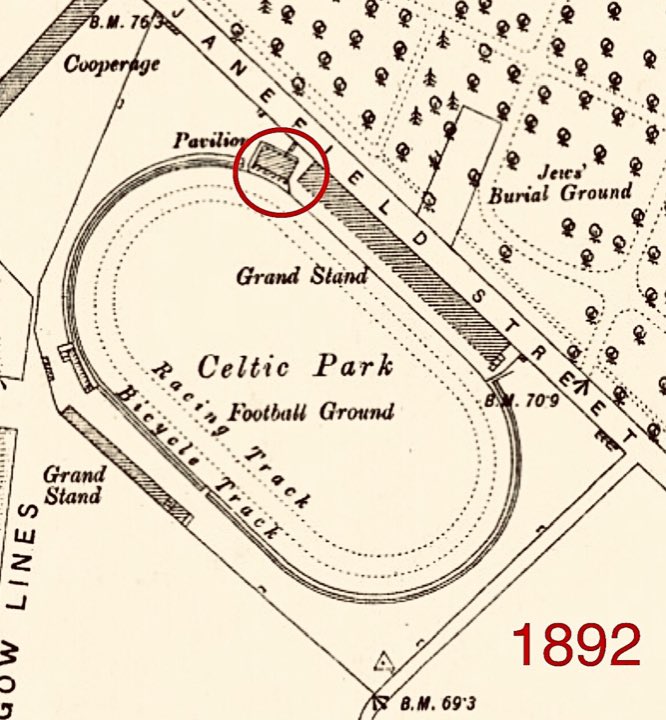 Celtic A& FC was established in 1887 and played their first match in 1888.   Most of the top football clubs that were already established held their own sports and , other than Clyde FC, they were amateur events.   Rangers, Kilmarnock, Greenock Morton and others were all annual events.  The first Celtic Sports were held in 1890 and at that point Glasgow had three top class athletics facilities available to it – Hampden Park, Ibrox Park and Celtic Park.   The SAAA championships for many years were turn about east and west of the country meetings and Celtic became one of the west venues.

The first SAAA Championships meeting to be held at Celtic Park was on Saturday, 26th June, 1897 and included events for the SRU (Scottish Cyclists Union). The report in the ‘Glasgow Herald’ the following Monday read as follows. 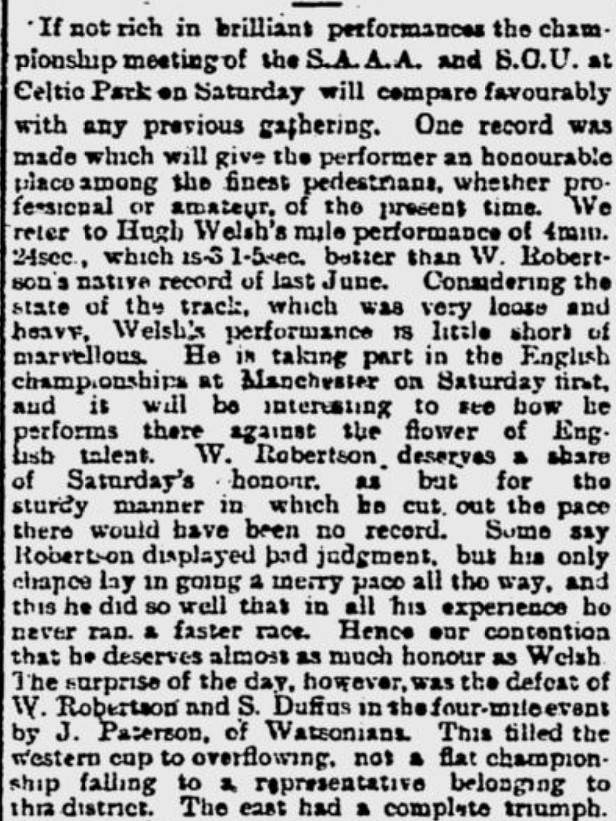 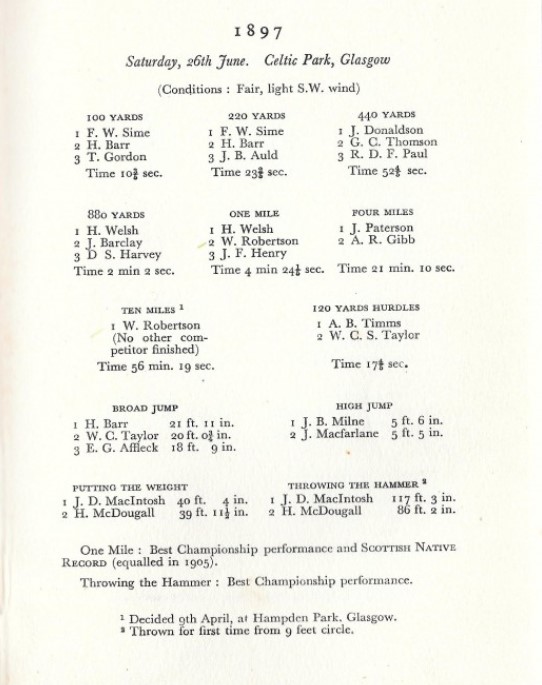 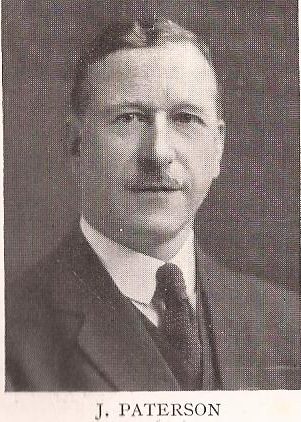 It was not until Saturday, 28th June in 1913 that Celtic Park was again the venue for the Scottish championships and they were covered briefly in the ‘Scottish Referee’: 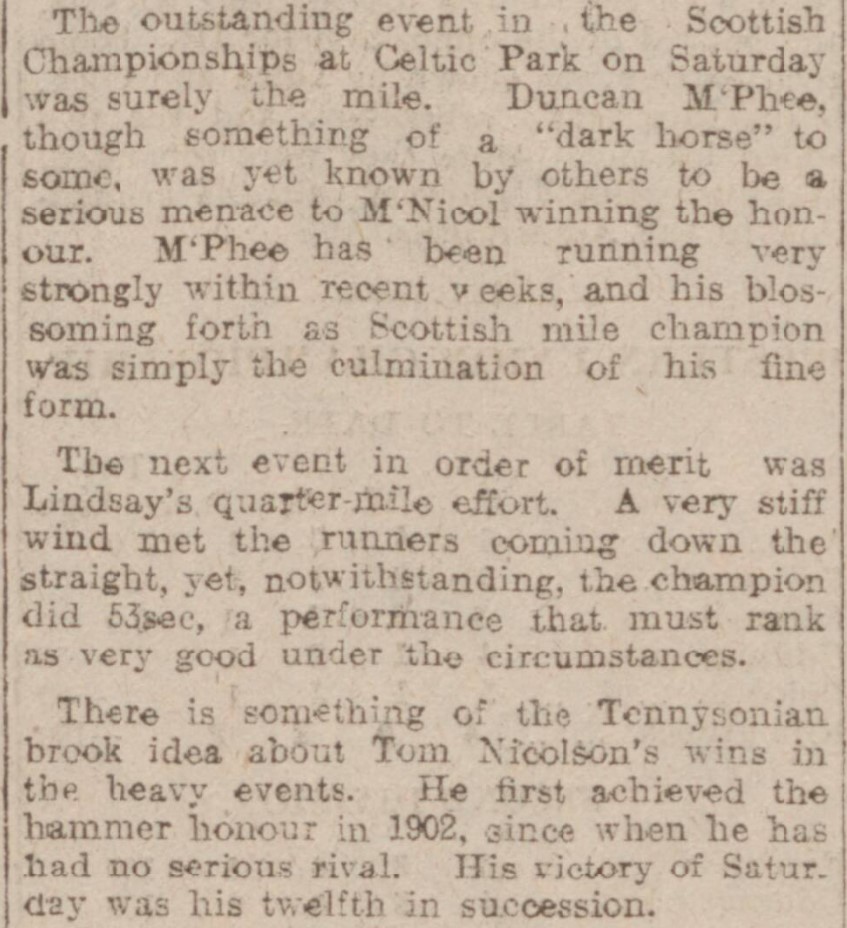 McNicol also ran in and won the 880 yards in this meeting which, although there was a meeting in 1914, was effectively the last before the First World War in which many of the participants would lose their lives.   Men like Wilfred Cramb who ran in the sprints and the aforementioned Ralph Erskine.   Erskine’s older brother Thomas competed all summer 1913 and despite being praised and decorated for his service, died approximately a year late while Ralph was killed in January 1918.

On Saturday, 28th June, 1919, at Celtic Park the first post war championships were held before a crowd of 4000.    The Scotsman report reads as follows. 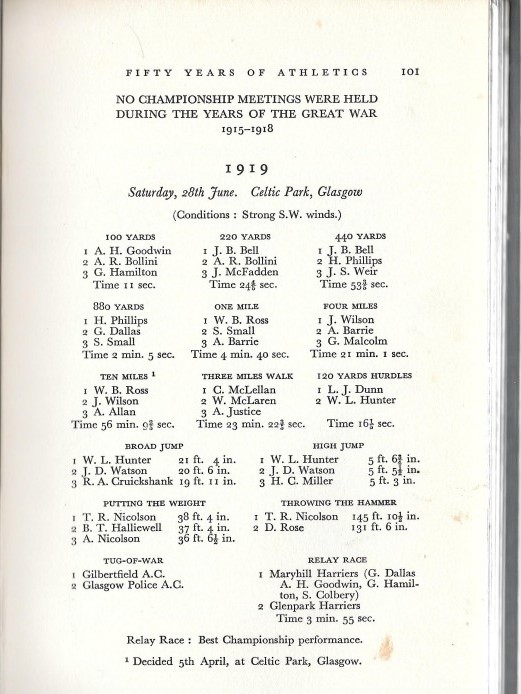 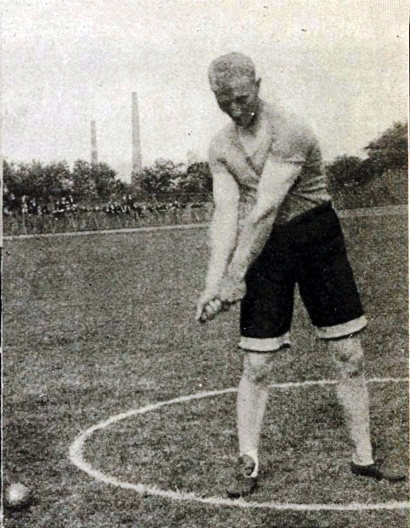 After being held in the east, at Powderhall, in 1920, the championships returned to the west and on Saturday, 25th June, 1921, Celtic Park again hosted the event.   Again, we have the report from the Scotsman. 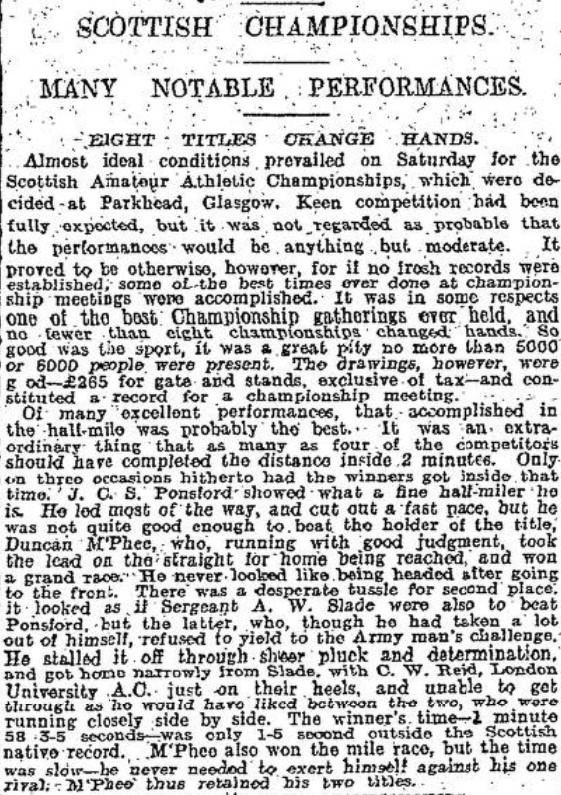 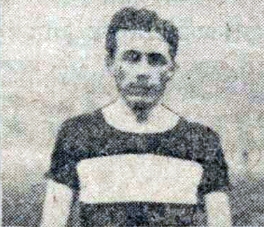 The fifth, and last, championships to be held at Parkhead were on Saturday, 23rd June, 1923 in ‘delightful weather wit a good attendance’..   It was a very good meeting indeed with three double event winners and one man won no fewer than 4 gold medals.   The star of the track however was Eric Liddell with two victories plus a share in another.   He won the 100 yards in 10.4 seconds and the 220 yards in 22.4.   “As was generally anticipated, Liddell retained his two titles with little difficulty, his strong finishing being the feature of his running.”   He was also out in the winning Edinburgh University medley relay team which defeated Maryhill Harriers. 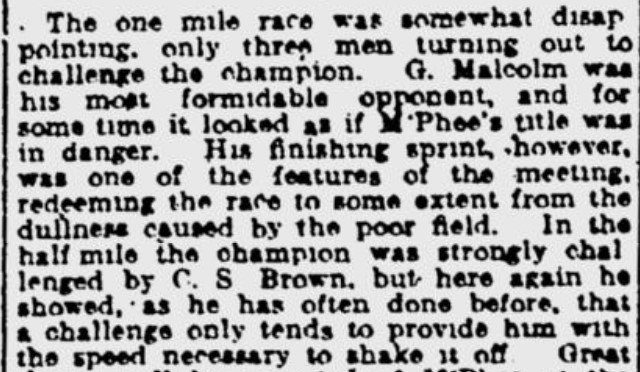 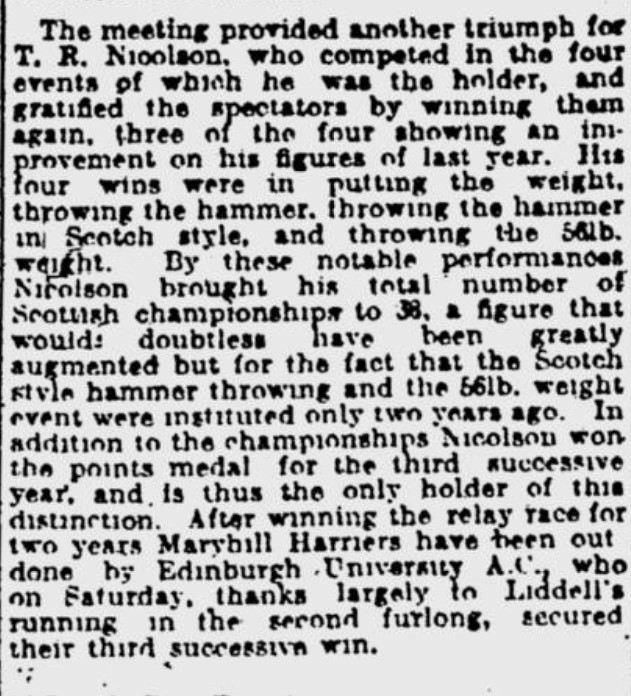