The early connections between Clydesdale Harriers and the Rangers Football Club are well known.   The Harriers trained at Kinning Park and also at Ibrox until after the 1914/18 War.   Their club championships were also held there and they were quite remarkable affairs with very big numbers competing.   We are lucky that some copies of the events are still available and only two of them are reproduced here for general information.   The first is of a meeting in May 1914 and because of the numbers involved only two events were covered that day: the 100 yards and the half mile.   They were typed out on to foolscap paper which is a bit longer than A4 so the bottom line is missing from some of the sheets. 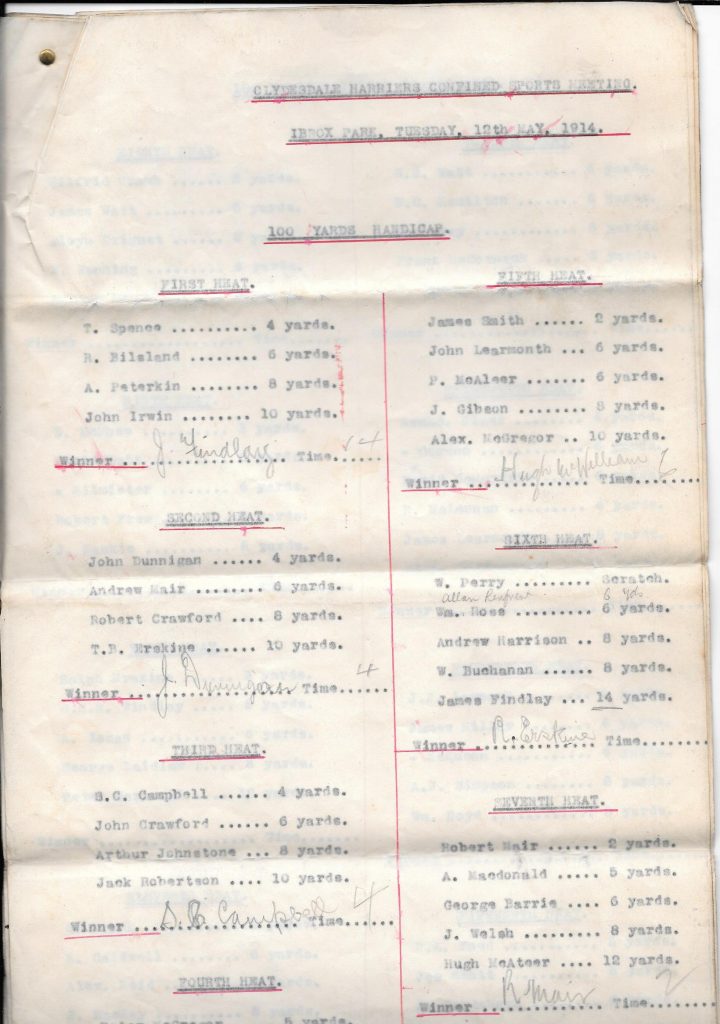 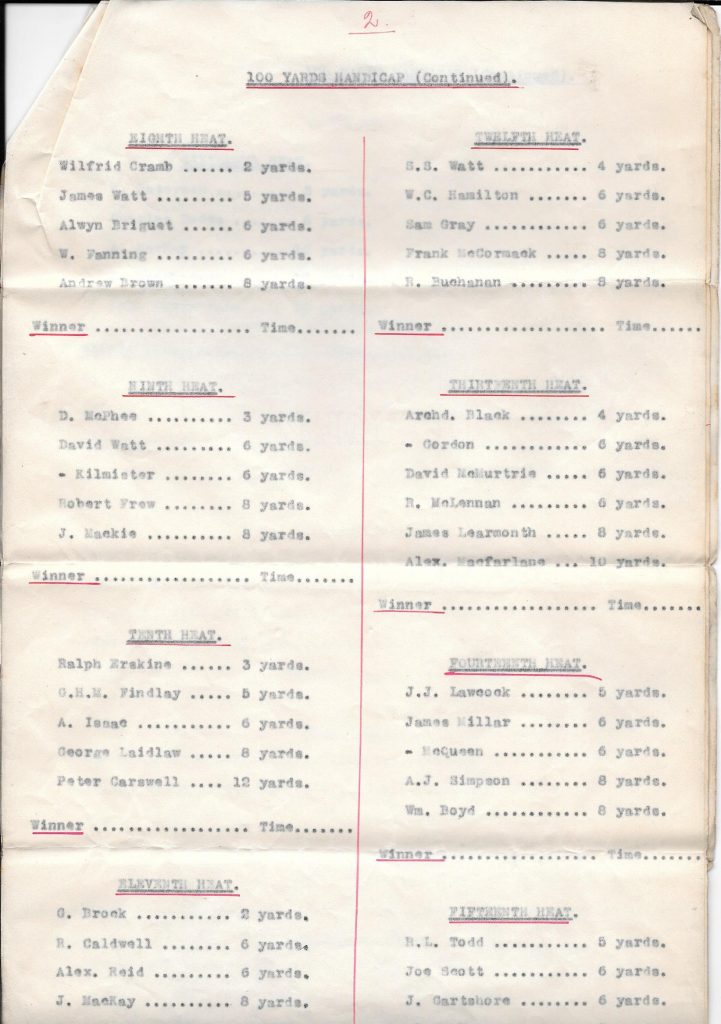 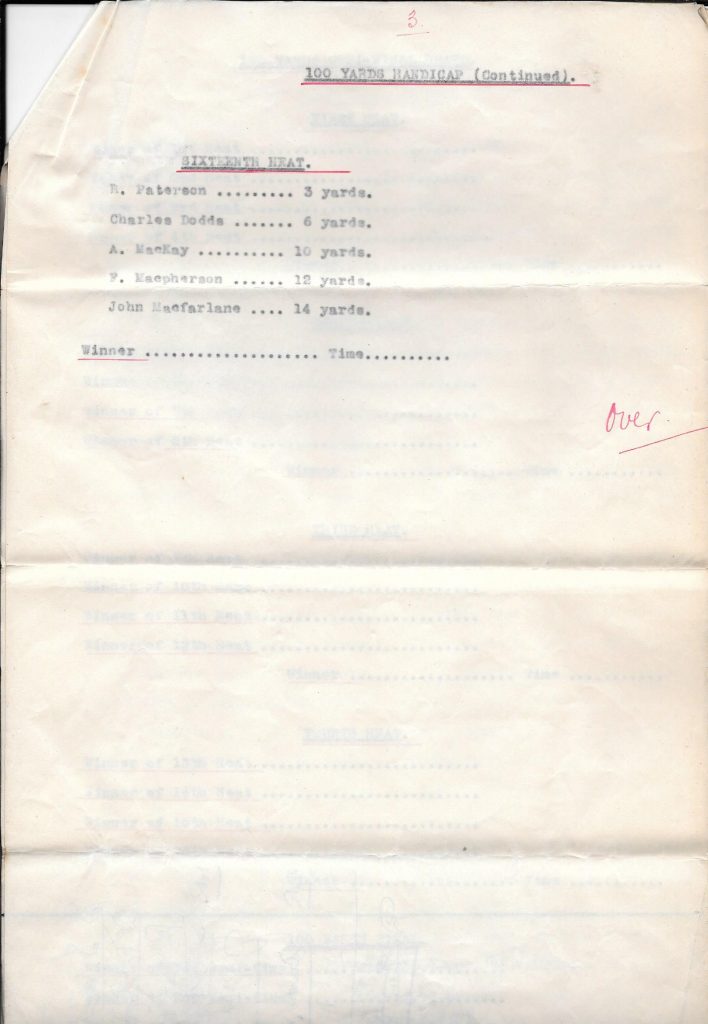 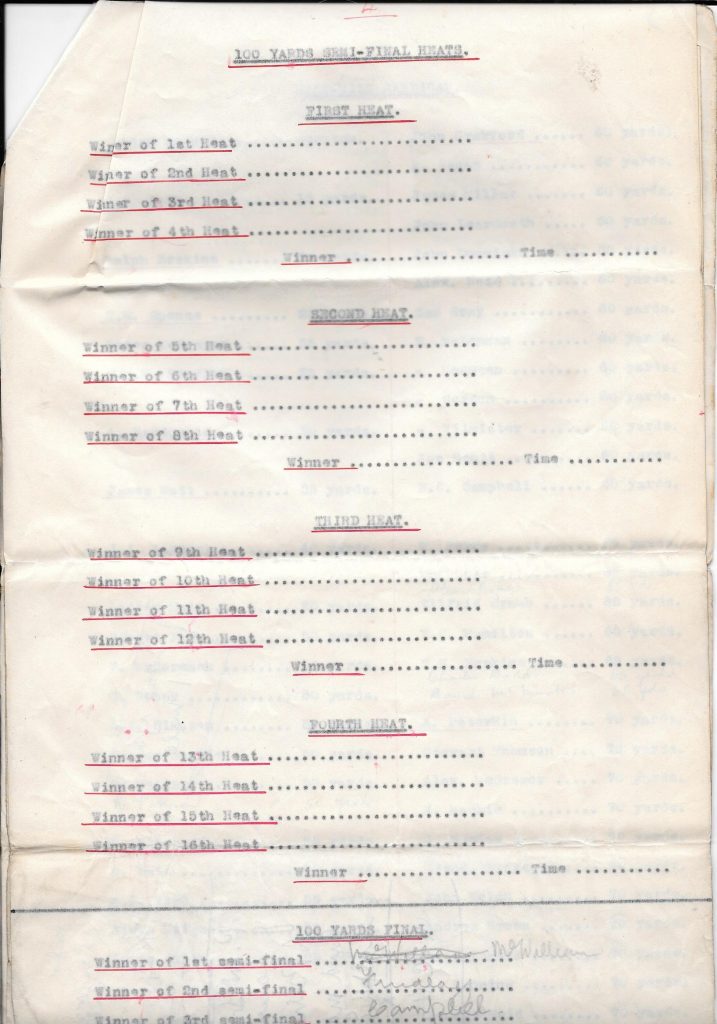 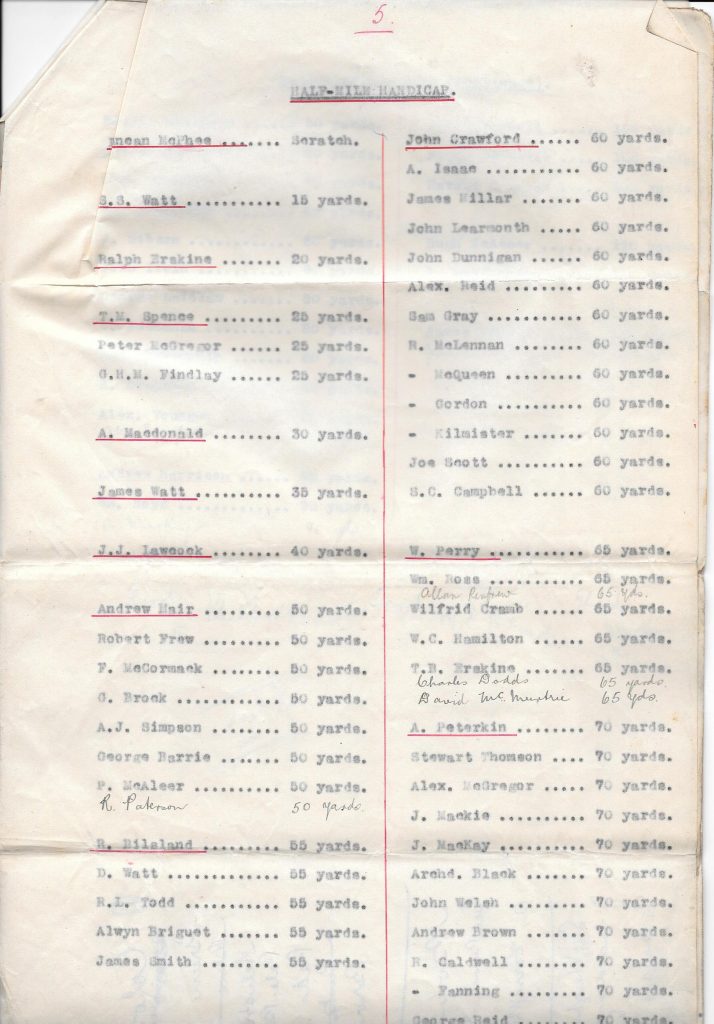 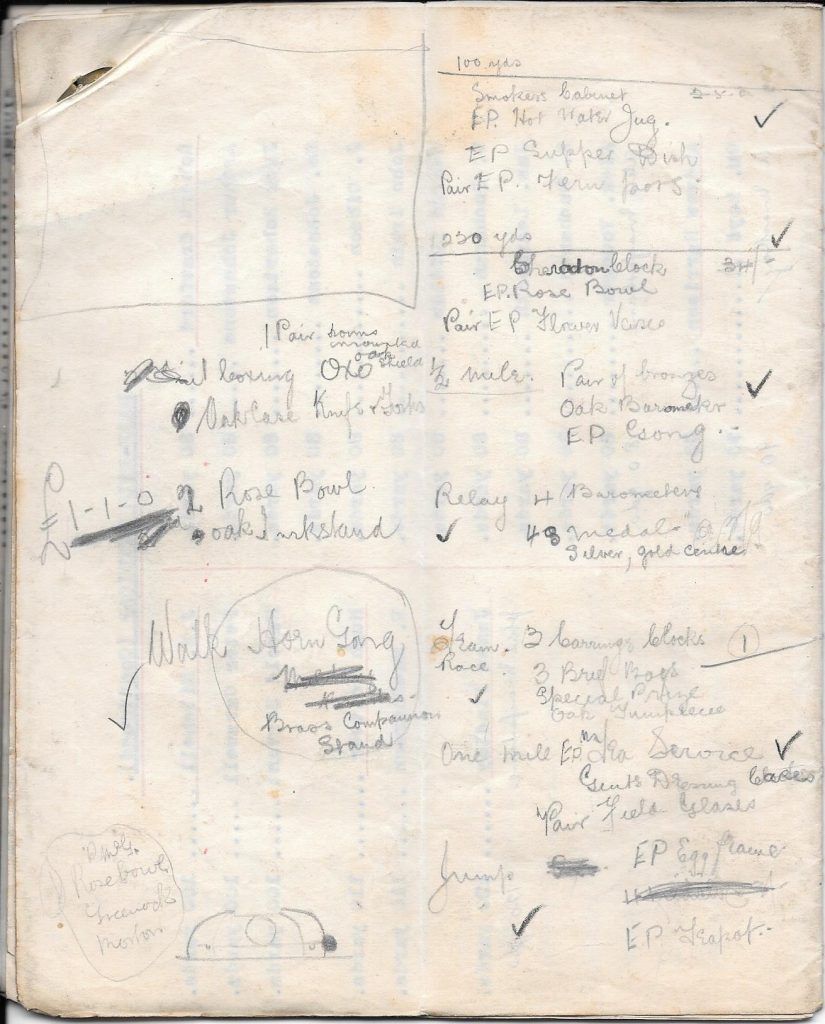 Some scribbles on the outside of the programme – notes of prizes, etc with some details of the type, etc.   Below is a photograph of a rosebowl won by J Paterson of Maybole for winning the club one Mile handicap in 1918: I saw the bowl when I visited him in the 1980s’ when the rosebowl held pride of place in the front room. 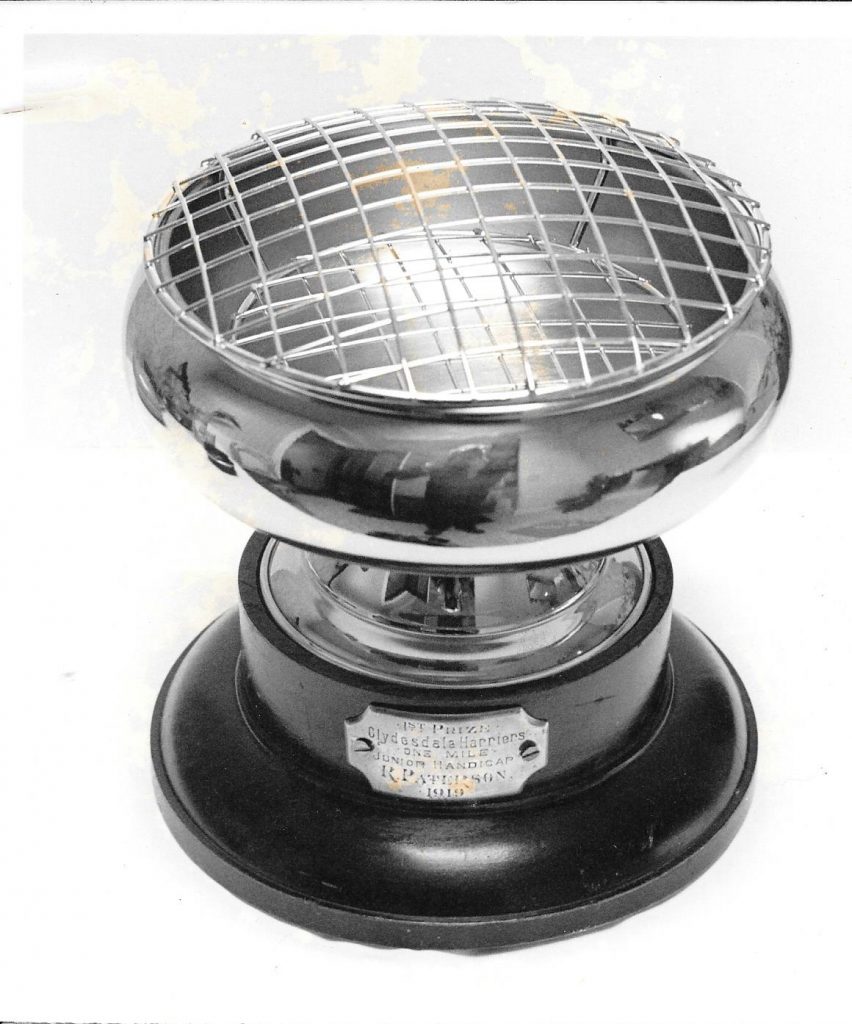 Of course the Harriers individual members ran in the Rangers Sports too – witness the certificate below won by Charlie Middler for running in the Road Race in 1932 – he has another for the same race in 1933. 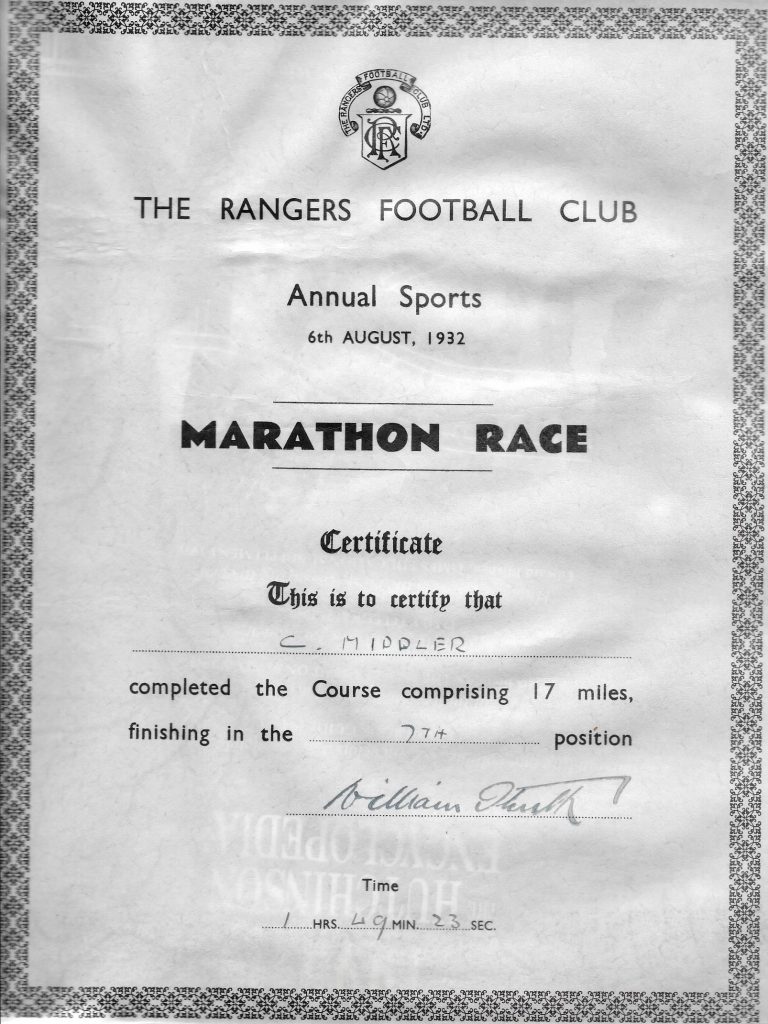 Note the signature at the bottom of the certificate.   There was another meeting later in the same year and 1914 was a significant year for the entire world.   Many of the men competing above would feature in the lists of wartime casualties – eg Thomas B Erskine would be killed in action in July 1915, his brother Ralph would die in January 1918, Gilbert Brock died in hospital after being injured in action, Harold B Servant would die on a troopship of ‘flu on the way home from the East in a troopship after the war was over.   By the time of the August meeting many Harriers had already enlisted. 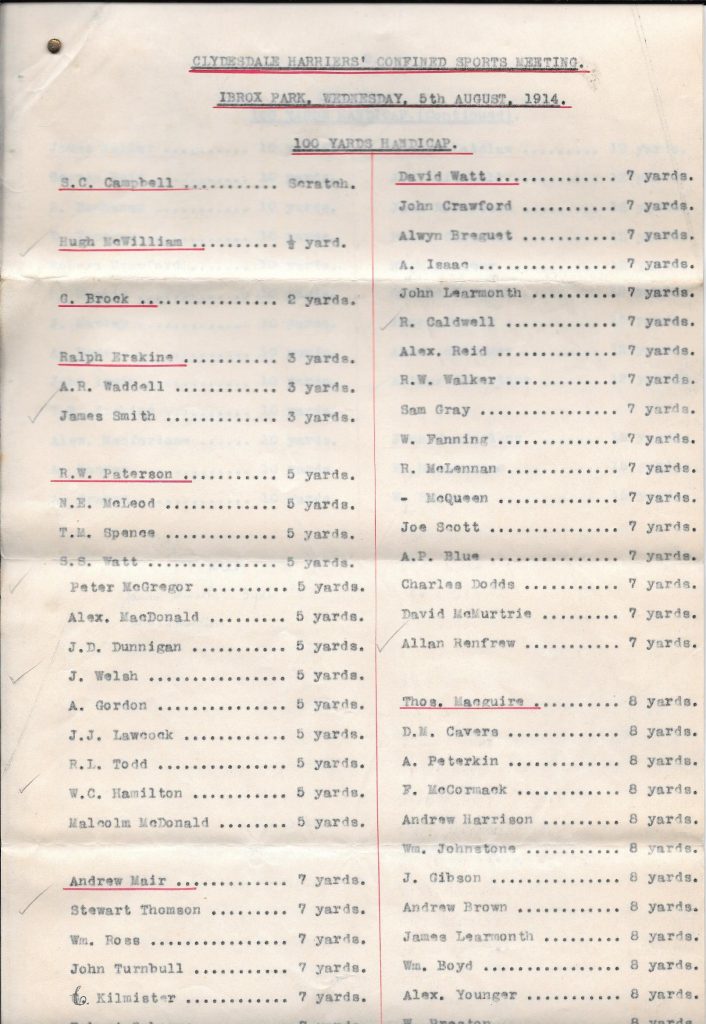 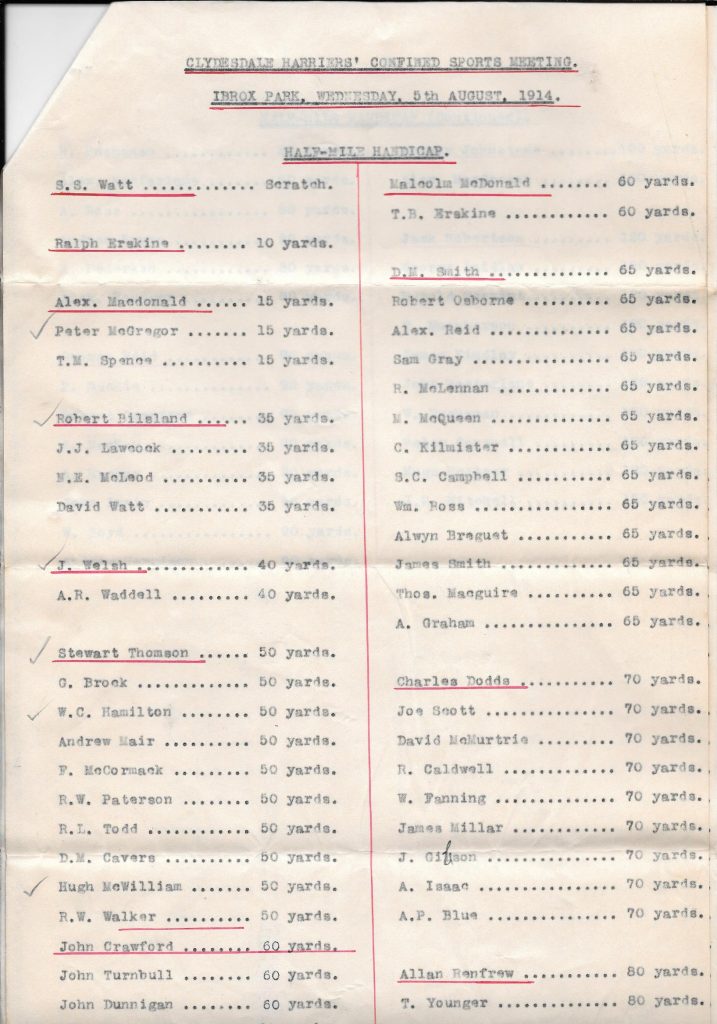 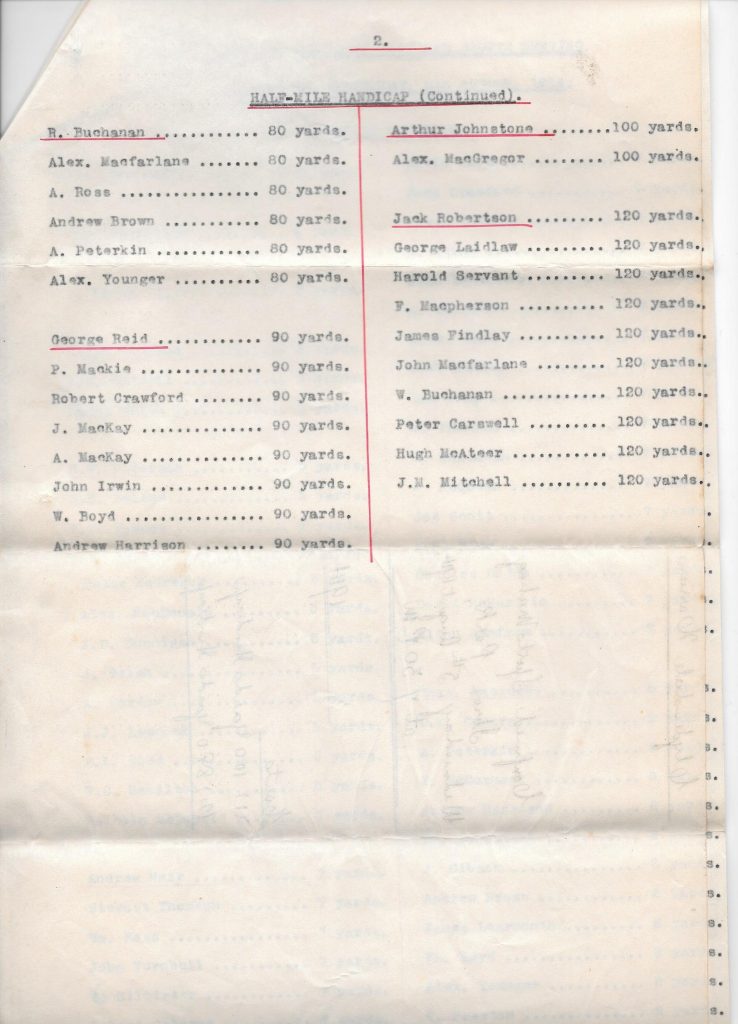 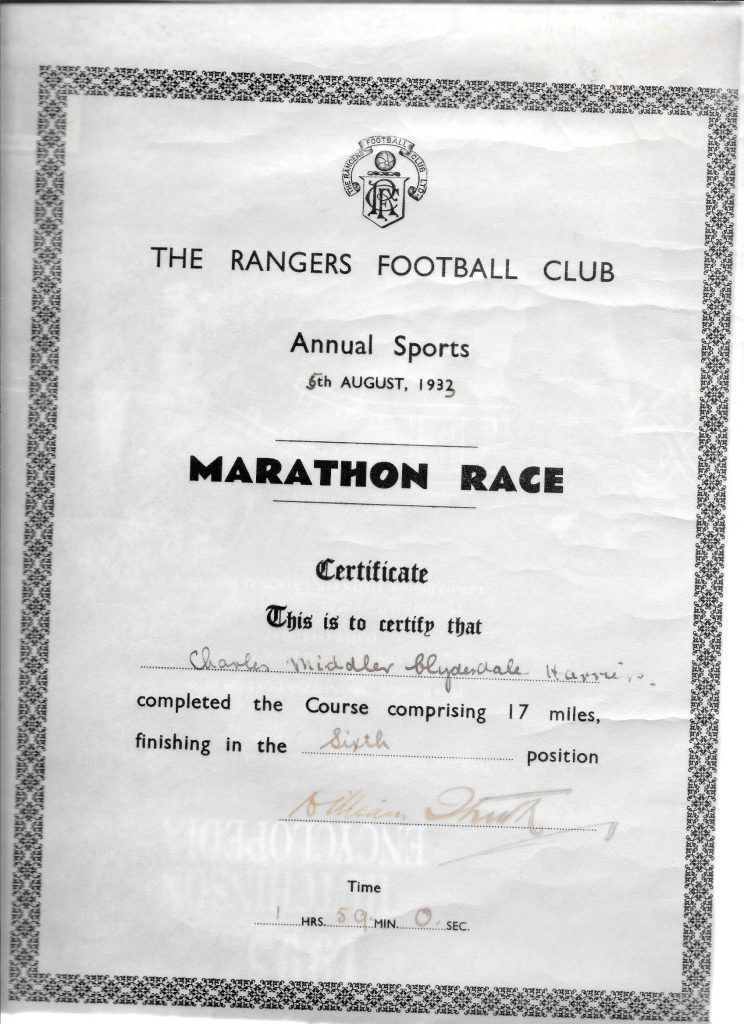 Charlie Middler’s certificate for the Road Race in 1933 –

There wre also the Annual Sports Meetings: extracts from the 1907 programme: