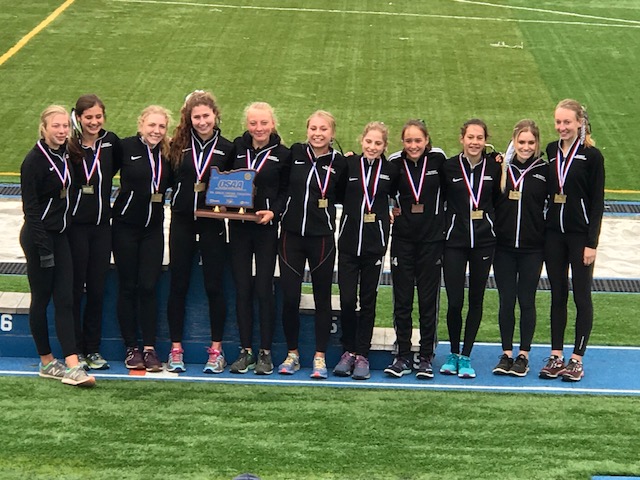 If there is any doubt left in anyone’s mind about the quality of Jim and Carol McLatchie’s coaching, the latest results from the Summit cross-country teams should dispel it.   The target of a straight ten consecutive State Championships was brought to us on 29th October when Jim sent results of their latest District Championships victory when he noted that they were going for the record the following week.

Then on November 4th the local newspaper, the Bend Bulletin, published the story that the girls of Summit had won their tenth straight State championships.  I quote: “With senior Taylor Vandenborn winning her first individual state title and five more Storm runners placing in the top 10, Summit claimed its record-setting 10th straight girls cross-country state championship Saturday at Lane Community College with 15 points — the first perfect score ever posted, by any gender in any classification, in OSAA history. ”   Reporter Grant Lucas went on to say that   “No program had ever won more than nine consecutive cross-country state titles in OSAA history, and while Summit was heavily favored to win the championship Saturday, Vandenborn said there was no stress to break the record”. 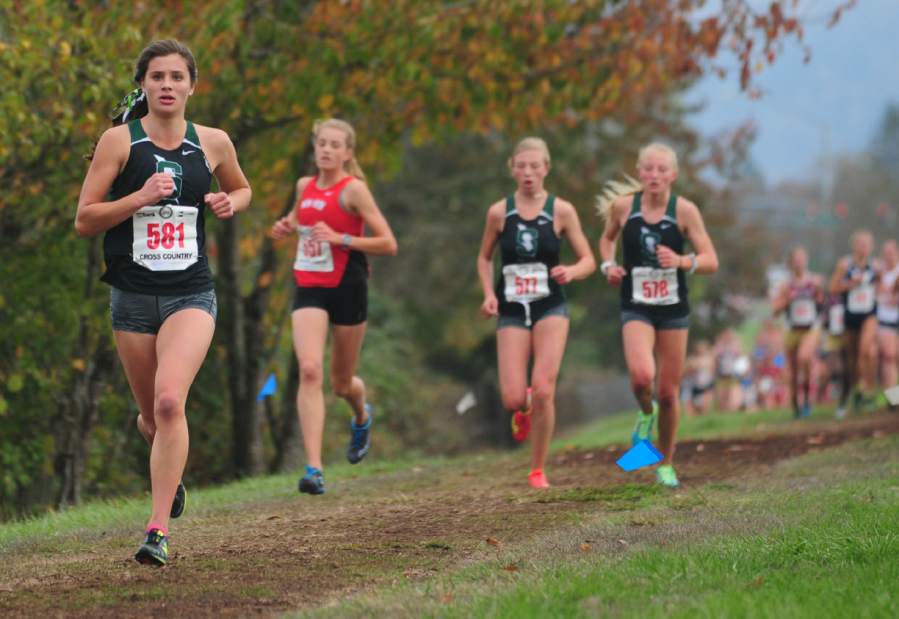 Many school coaches in all countries have a very good record but when it is examined you find the they have a lot of team titles with the Under 13 athletes, not as many with the Under 15’s, several at Under 20 level and hardly any at Under 20.   In other words, as the coaching effect takes place, the runners perform less well!   Not the case with the McLatchies.

These are of course all qualities that serve well in life after running – team spirit, hard work and mental toughness.    But regardless of who or how good the coaches are, it is the runners who deliver the goods.   They are the ones who do the work, the training and the racing.

Another look at the photograph above: