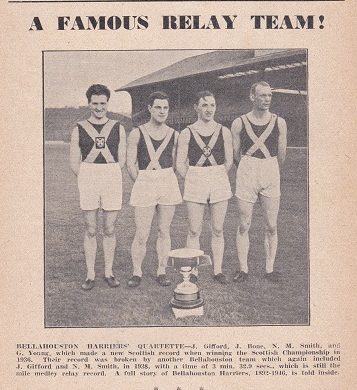 The available SAAA records for the championship for this period is scanty but we will put up what we have and if/when more information comes to hand, it will be added.   Over this period the relay was run at the SAAA Championships which had instituted a Friday evening session consisting mainly of heats of the sprint events.   In this context it maybe made sense for them to run the medley final since all the sprinters were already at the venue.   It meant that having run no finals the runners would be fairly fresh.   They could hardly be expected to run a relay between heat and final, and if it were held after the final then the athletes would be rather tired and in any case the relay would not be their main event of the afternoon.   But that’s reading a lot into a little information!   The point is that they were held during the evening session on Friday.

The Queen’s Park Sports on 1st June 1935 had a wonderful cast of athletes taking part, noted in the Press as possibly the best ever, and the events included an Inter-City Medley Relay.   Edinburgh defeated Glasgow in 3:35.4,   “It was curious to find Glasgow on the losing side mainly because of the failure of AD Turner and Robin Murdoch on the furlongs,   Neither the Scottish Champion nor Turner were fully fit, and poor exchanging gave Edinburgh an additional pull.”   The Glasgow team might have been better using some of the Springburn Harriers who were in action that day.   “Springburn Harriers have gathered together a very useful lot if Saturday’s meeting is any criterion.   They had a regular field day in the open events securing three firsts in the open and youths sprints, a victory in the mile and seconds in the half-mile, high jump, obstacle race and 440 yards. ”

A week later St Peter’s AC held their eighth annual sports meeting and it was one which was well known for its relay content – they had 440 yards relay (4 x 110), 880 yards relay (4 x 220), Mile Relay (4 x 440) , two miles relay (4 x 880) and a four miles relay.   There was no place unfortunately for a medley relay.   Anyone looking for clues as to the result at the SAAA would have noted that Garscube won the 440 yards relay, Bellahouston won the 880 yards relay, Maryhill won the One Mile relay and also the Two Miles relay.   Maryhill could only finish third in the two shorter relays so there was not a lot to be gleaned there.   The Police Sports were held on 15th June and the relay race was noted as less good than in previous years.   Maryhill Harriers won in 3:41.8 from Springburn and Bellahouston,   They were reported to have “won easily.”

As it turned out, the other clubs should maybe have taken a closer look at the Springburn squad because on Friday, 21st June at Hampden Park, they were the ones who won the SAAA Medley Relay title in 3:40.8.   This was the first time that the Friday evening session had taken place and it was voted a great success.

The Friday night experiment was voted a great success and was repeated at the  SAAA Championships held on  26th June.   However at the Queen’s Park FC Sports of 6th June, there was a medley relay in which Glasgow with a team of CF Campbell, DA Brownlee, DM Pearson and C France, defeated Edinburgh (JC Stothard, RR Wylde, R Forman, GD Malcolm in 3 min 46.4.   Campbell and Brownlee were both Springburn Harriers with Campbell having contested a hard fought half mile against Stothard earlier in the afternoon, being beaten only by one and a half yards.

Only two weeks later, on 20th June, the Glasgow Police Sports were held at Ibrox and of course the programme contained a medley relay.  It was the only event of the afternoon that produced a record.   The report read:  “There was one performance of the gathering demanding minute reference and that was the win of Bellahouston Harriers in the one mile medley relay race, which they won in the new Scottish record time of 3:34.2, 0.2 faster than the time put up by Glasgow University at the same sports four years ago.   It was half miler Jack Gifford who really did much to help Bellahouston achieve this performance.   He went round the half-mile at the heels of Robert Graham, always appearing to have an abundance of pace, while it seemed that the joint mile record holder (whose record was broken by SC Wooderson in Saturday’s Southern Championships),  was in front trying hard to get clear of Gifford, but the latter refused to be shaken off and became the challenger-in-chief, with the result that Bellahouston enjoyed the slight advantage of a change-over so close was the struggle; and the time for the half was 1:58.2, the sign of a record in the making. ”   The remainder of the team – G Young, J Bone and Charlie France – all did their bit and the race was won and a record set at 3.34.2.     Maryhill was second and Springburn third with the winning margin being 20 yards with a further 20 yards between second and third.

A week later at the opening Friday night  meeting, held on 24th June. of the SAAA championships was a very similar event with Bellahouston Harriers emerging triumphant in a time of   3:41.2 The time was a full eight seconds slower than at the Police Sports but the medals were the thing at  the championships and so began a marvellous spell of SAAA titles for the Glasgow club. 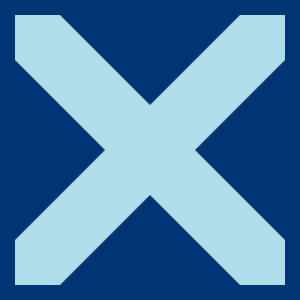 On 28th May, 1938, at the Monkland Sports, there was a medley relay held in which the favourites, Bellahouston Harriers, were beaten in the heats by Glasgow Un iversity and both defeated by Springburn Harriers in the final in a time of 3:37.8.   The final result was Springburn (Kinloch, Carson, Campbell and Waddell), first, Glasgow University second (Livingston, Young, Muir and Sinclair) and Bellahouston (Bell, Murdoch, Gifford and France) third.   Babcock & Wilcox held their annual sports in Renfrew on 11th June and they too included a medley relay but there was no mistake by the national champions this time.   Bellahouston Harriers won from Springburn Harriers in 3: 42.5 with a team of Gifford, Smith, Thomson and France.   Gifford on the half-mile and France on the final 440 yards stage were the key men in all of the Bellahouston victories in the event over many years.    The Scottish championship in 1938 was for the first time not held at the National championships but at the Glasgow Police Sports held at Hampden Park on 18th June.   The race was a really good one and led the reporter at the Glasgow Herald to say:   “Relay racing – most exhilarating of all athletic spectacles – provided the highlight at the Glasgow Police Athletic Association sports at Hampden Park on Saturday.   The feat of Bellahouston Harriers who established a new Scottish one mile relay record of 3:32.9 in winning the SAAA medley relay title for the third successive season was emphatic approval of the wisdom of the Association’s step of divorcing this event from the championship meeting proper.”

It is not clear to me how such a decision on its success could be made after only one race.   However, Bellahouston won in a record time with a team of  Gifford, Murdoch, Smith and France, from Glasgow University  and Edinburgh University.   It as wn by three yards with ten yards separating the two University teams.

Successful as the Herald reporter felt the divorce between the race and the national championships had been,  came 1939 they were run at the SAAA Championships on 24th June.     The Monkland Sports at Coatbridge on 27th May saw Maryhill win the event there.   “Maryhill, who included R Graham and RTH Littlejohns, the respective Scottish mile and half-mile champions, won the mile medley relay after a thrilling tussle with Springburn.   Even after Littlejohns had given his mates a useful lead at the end of the first ‘leg’ , Graham was unable to hold Campbell (Springburn) on the third leg, and it was only a magnificent finish by RR Mahlanghele which won the event for Maryhill.”   Result:  1.   Maryhill (Littlejohns, Little Graham, Mahlanghele)   2.   Springburn Harriers.  Time:   3 min 35.2.

One meeting down –  Maryhill 1, Springburn  2.   At the Babcock Sports on 10th June, there was a medley relay on the programme and the Bellahouston team of Gifford, Nisbet, Ross and France was victorious in 3:41.8 with Springburn second.   It should be noted that the nine year old Victoria Park was already winning many medals and at this meeting won the Empire Exhibition Trophy for the club with most points overall.   The Police Sports which had hosted the SAAA Medley Relay Championships the previous year went past without a relay at all and it was on to the national championships on 24th June at Hampden.   Quality told and Bellahouston won their fourth successive championship.   Result:

It had been a superb run by Bellahouston – four championships and two Scottish records – but let’s not forget the excellent Springburn Harriers team which contested every relay and every championship with only one set of gold medals to show for it.   How would they do after the War?   The coming team was Victoria Park from Scotstoun, Maryhill had been a good competitive team for decades and the Universities were always liable to be a threat depending on who was ‘comin up’ to the Varsity in any particular year.