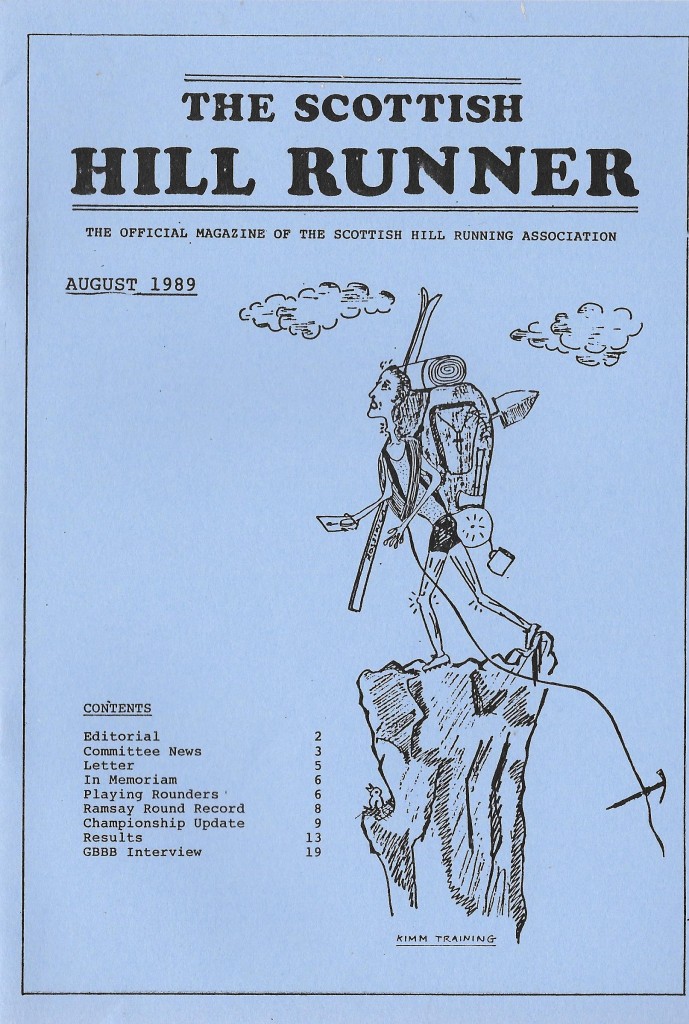 Mel Edwards was kind enough to donate copies of some hill running magazines that we were delighted to receive and which we publish here in their entirety.   They were all for the period 1988/1989 and provide a brilliant in depth picture of Scottish hill running of the period.

First of all, the ‘Scottish Hill Runner Magazine, followed by ‘Runaway’: