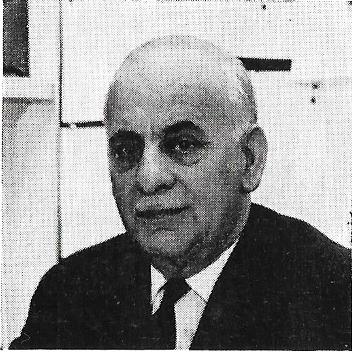 Among the really big differences between the Games of 1970 and those of the 21st century, is the difference in the money involved.   What I have added here is the money taken at the various venues for the Games.    It was of course possible to buy tickets for particular sports and particular days so that most of those attending were either involved in active participation in the sports or former participants or supporters.   Anyway, below are the pages which deal with ‘takings’ at the various venues. 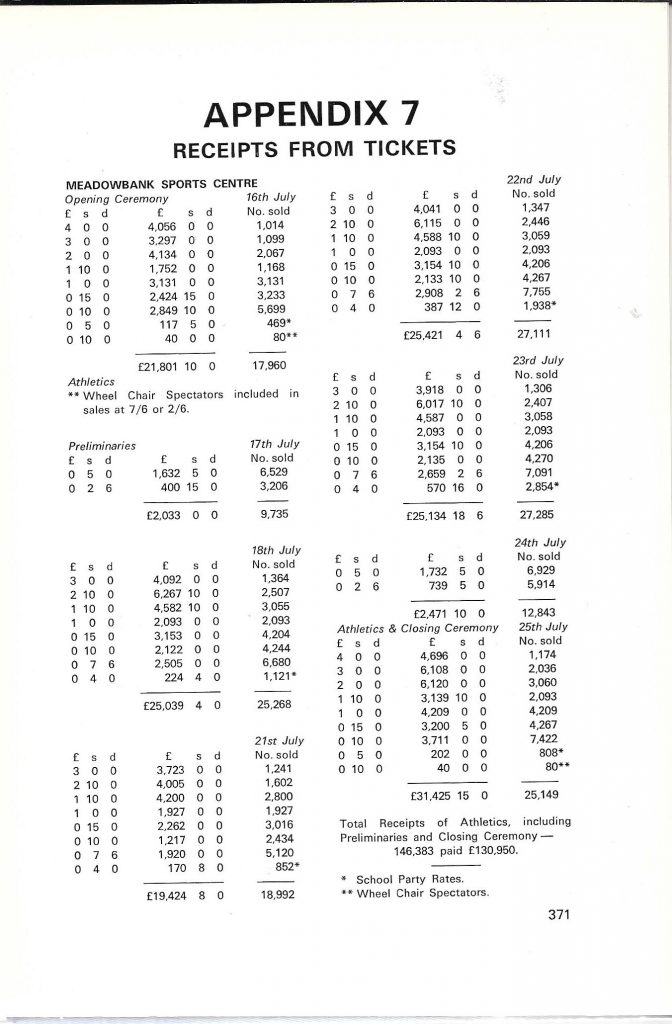 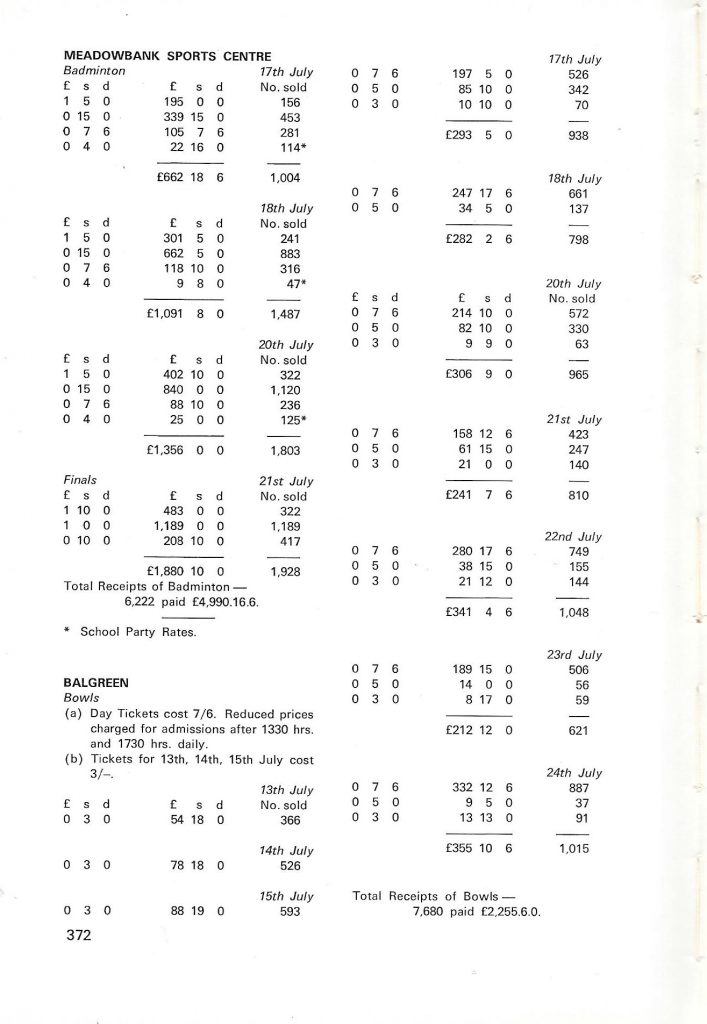 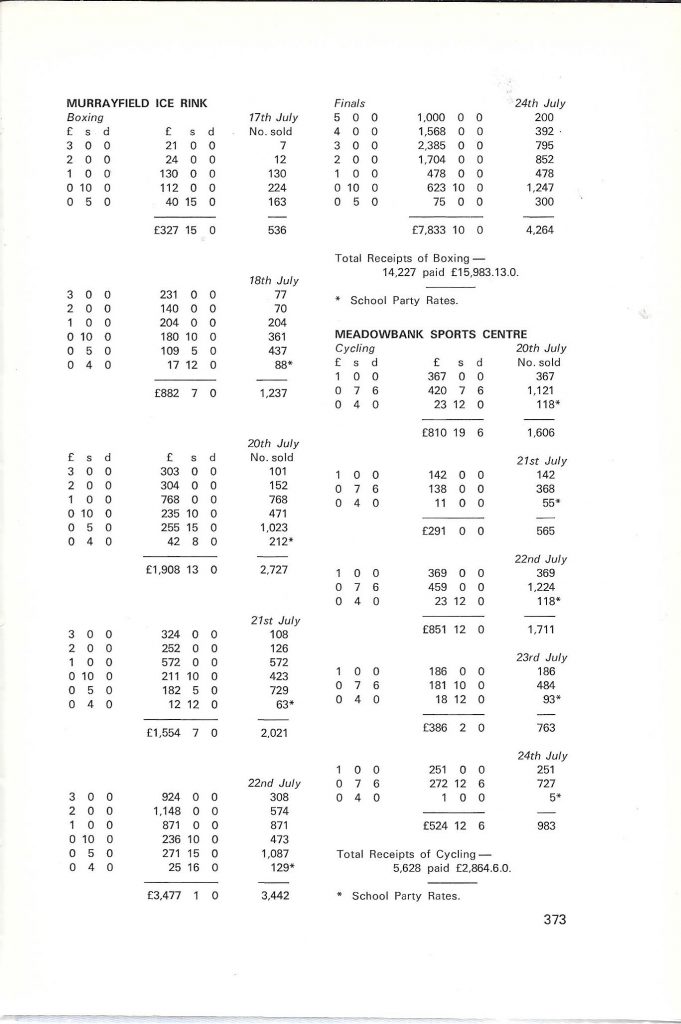 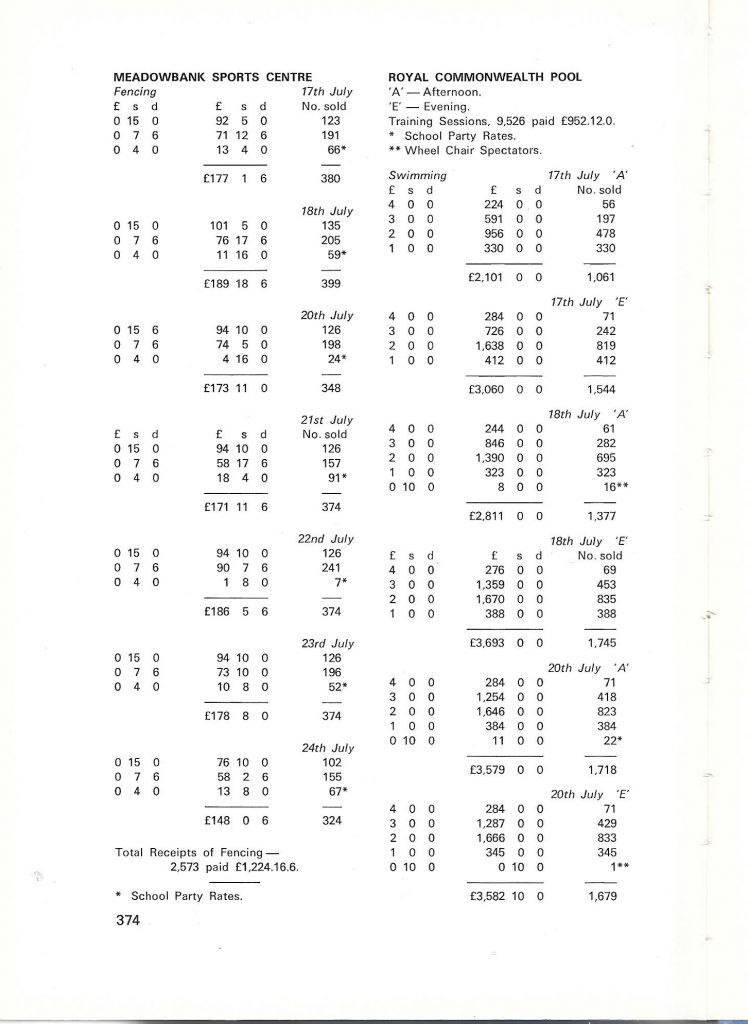 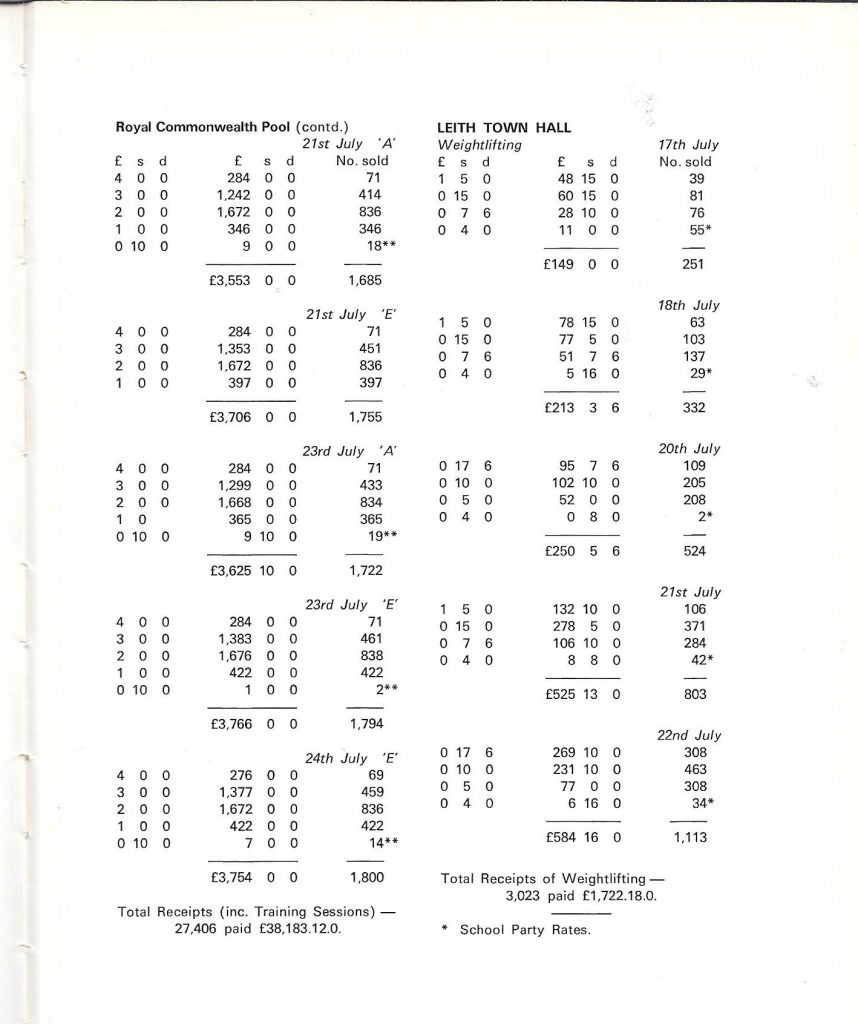 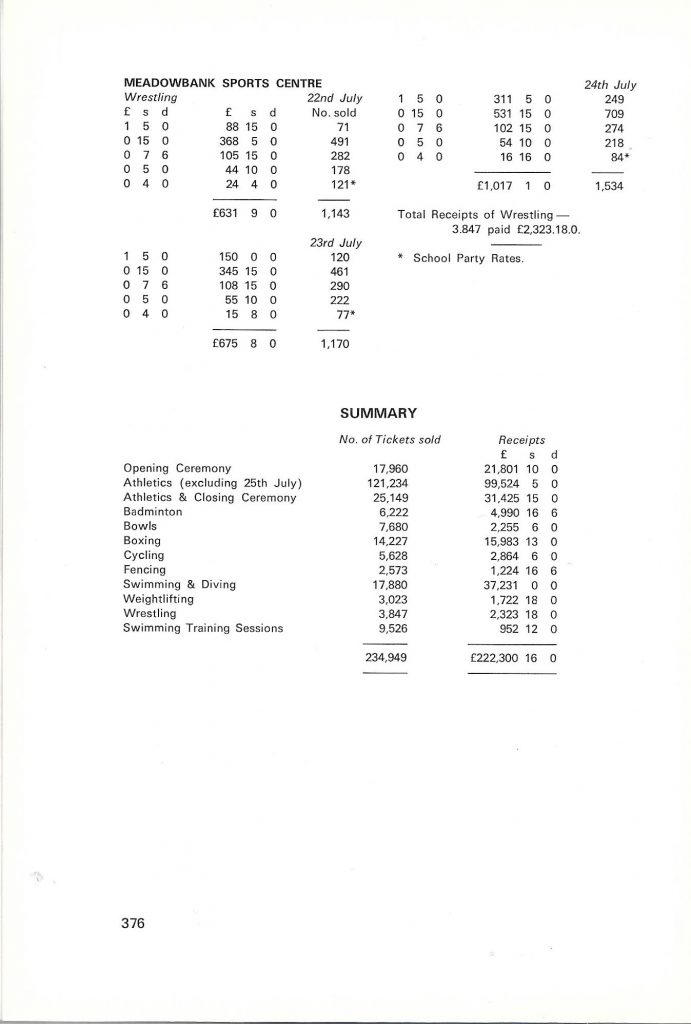