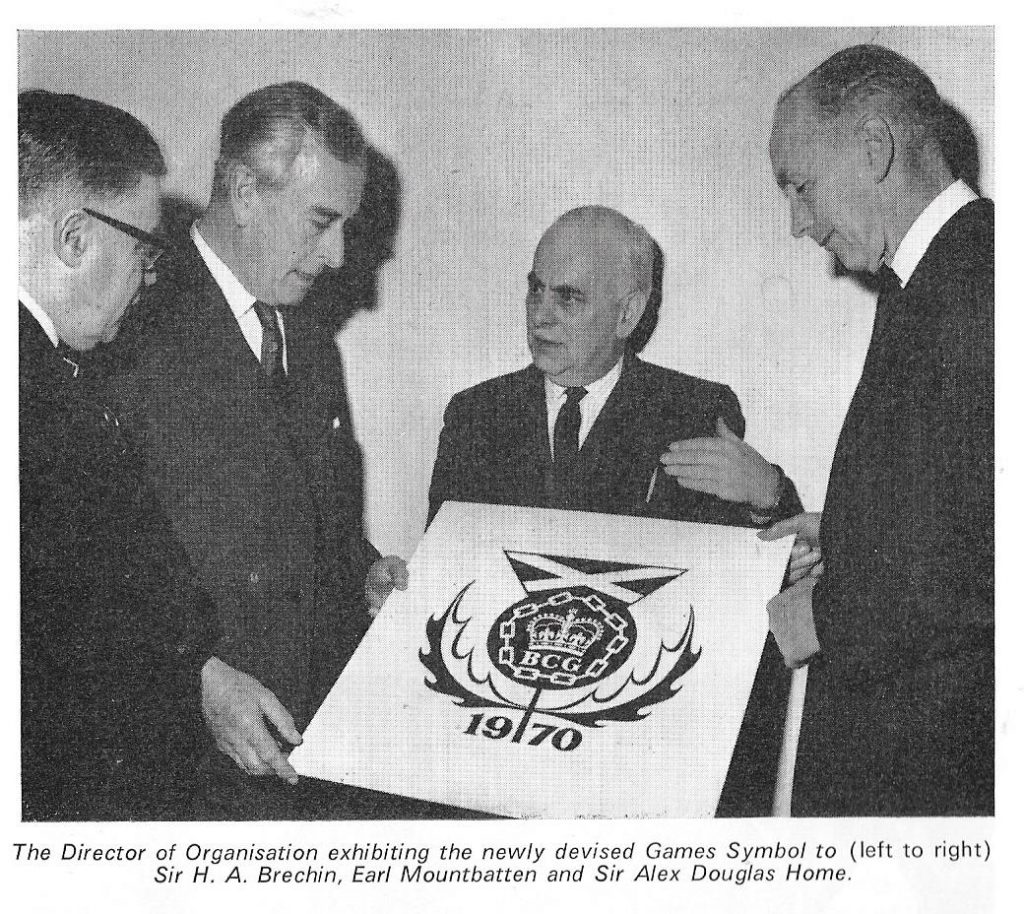 The Official History of the IXth British Commonwealth Games was compiled and edited by Willie Carmichael  and M McIntyre Hood and was a very detailed account of the Games from conception to conclusion.   We have here extracts from the history and begin with Sir Herbert Brechin’s intrduction.   He was Lord Provost of Edinburgh at the time and had played a major part in the acquisition of the Games for Scotland.   He says:

“The Games in Scotland, within the ancient capital city of Edinburgh, have taken place and the 15 years of overall preparation have concluded in a spectacle of which the British Commonwealth of nations can be justly proud.   In a previous message I said ‘In all those arrangements we look forwrad to the 9th in the series of the Games being reckoned as being one of the most memorable in the series.

Many tens of thousands are now able to judge for themselves whether our hopes were fulfilled.   From the record number of counmtries participating, from the record number of competitors and officials taking part and from the wave of enthusiasm which pressed over the country, I am convinced that the IXth Games will long be remembered as one of themost successful of the series.

The facilities provided, including the new modern Sports Centre at Meadowbank, and the advanced design of the new Commonwealth pool, allowed the competitors the fullest opportunity to participate and give of their best in their many skills.   A great measure of the success of the Games lay in the pleasure all had in seeing HRH the Queen, HRH the Duke of Edinburgh, HRH the Prince of Wales and HRH the Princess Anne so happy in their midst.   The Games were honoured in addition to the presence of the Royal Family by the way in which each participated.   It was the first occasion in which HRH the Queen was present in person and the first occasion when the Queen presented medals in several of the Victory Ceremonies.     Their obvious plesure and enjoyment during their visits quickly created that incomparable atmosphere which goes to create ‘The Friendly Games’, so aptly named by HRH the Duke of Edinburgh.

It would be impossible to detail completely all that was done to make the Games so memorable.   The meticulous care and precision which went into the organisation and ceremonial of the Games, and which characterised these Games, was the result of perfect team-work by possibly the largest-ever team which operated over the four years of detailed organisation prior to the event.   The British Government, the Local Authoprities of Scotland, the business houses in the commercial and industrial fields, the business people and individuals all combined in the accomplishment of this ideal.

The coming to Edinburgh and Scotland of so many thousands of people from so many countries of the world made the consummation of the final project possible by their presence.   They rejoiced with us, they inspired us, and they left behind a fragrance of memory and happy association which will always stand high in the traditions of Scotland.

As an example of the tasks that had to be addressed right at the start, extracts from pages 18 to 27 are copied below: 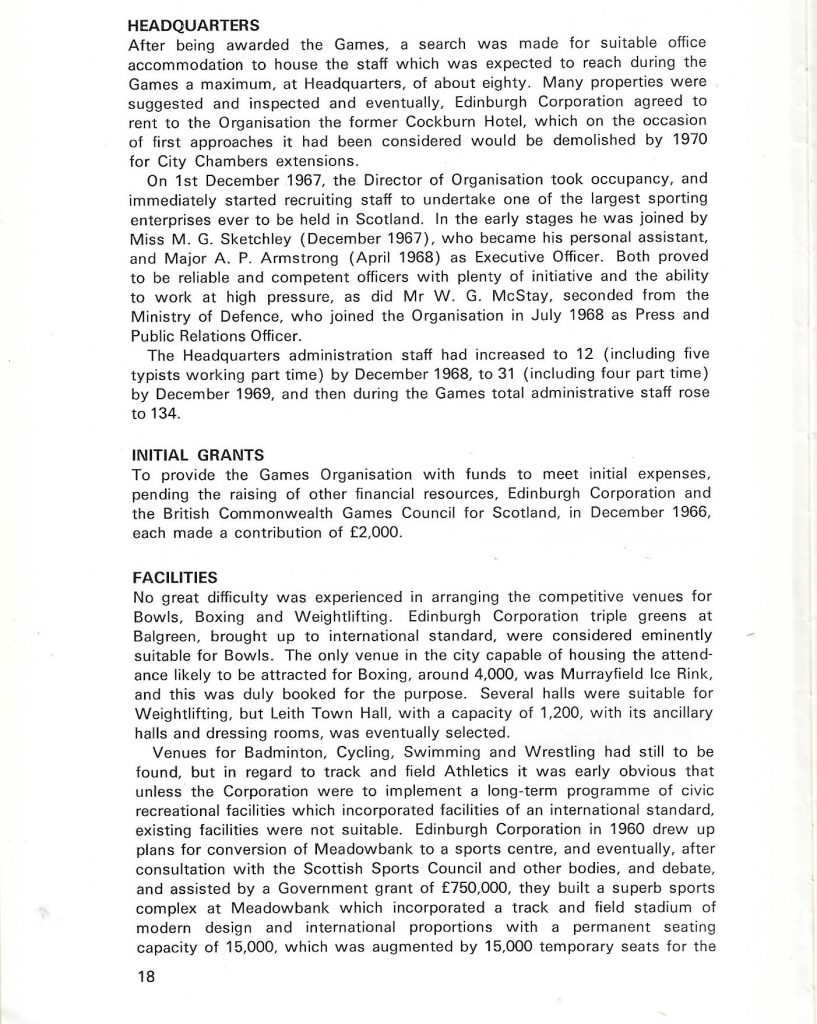 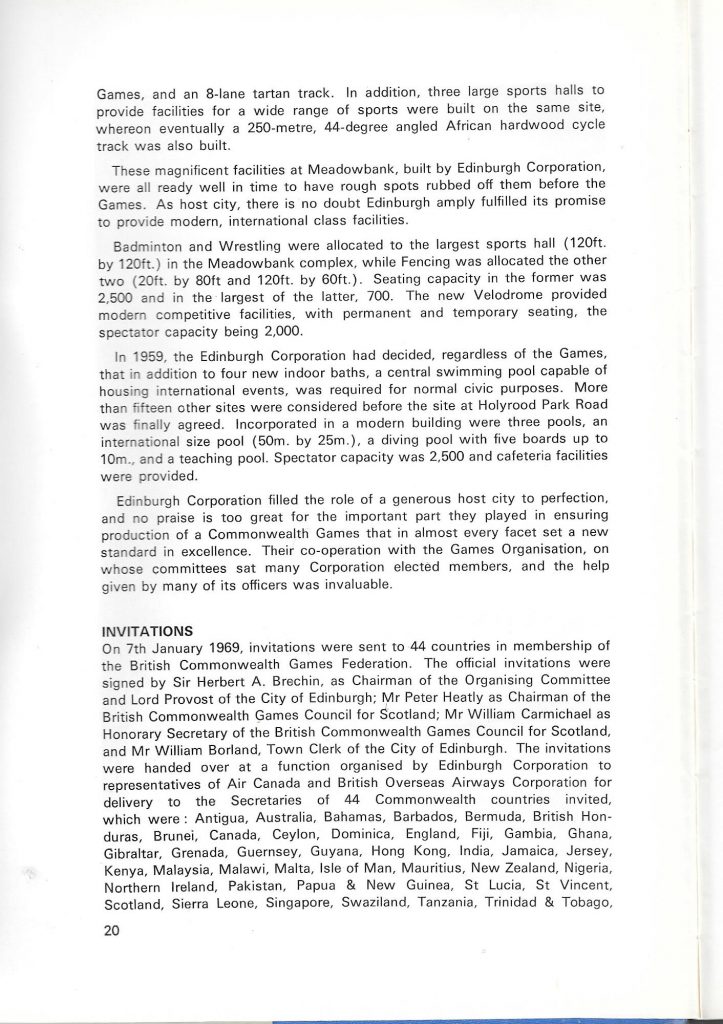 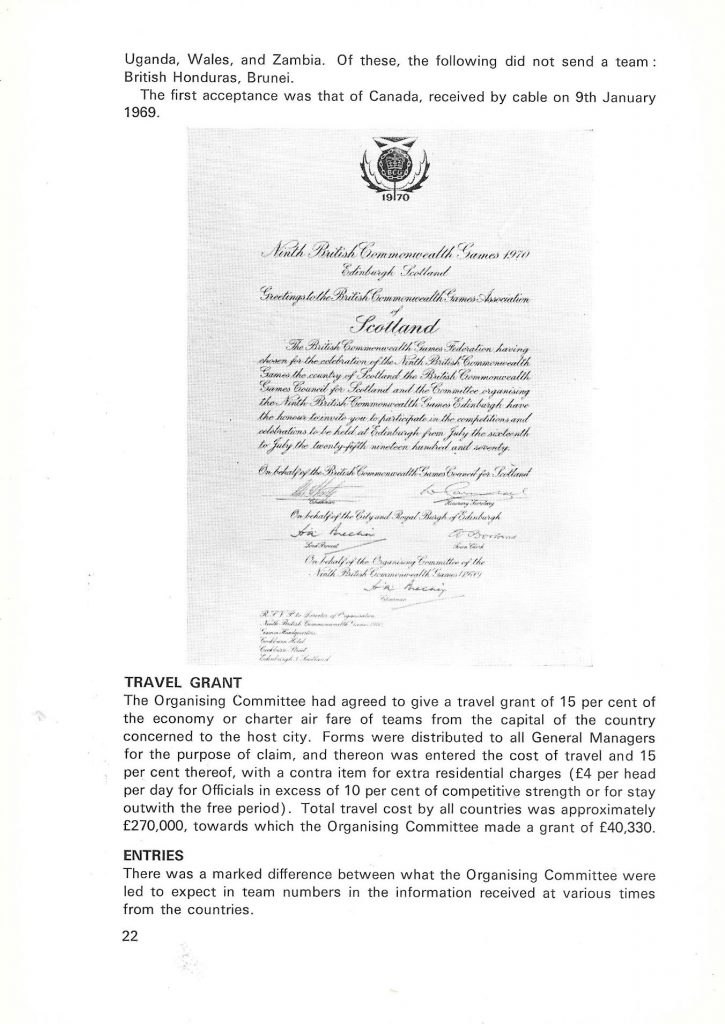 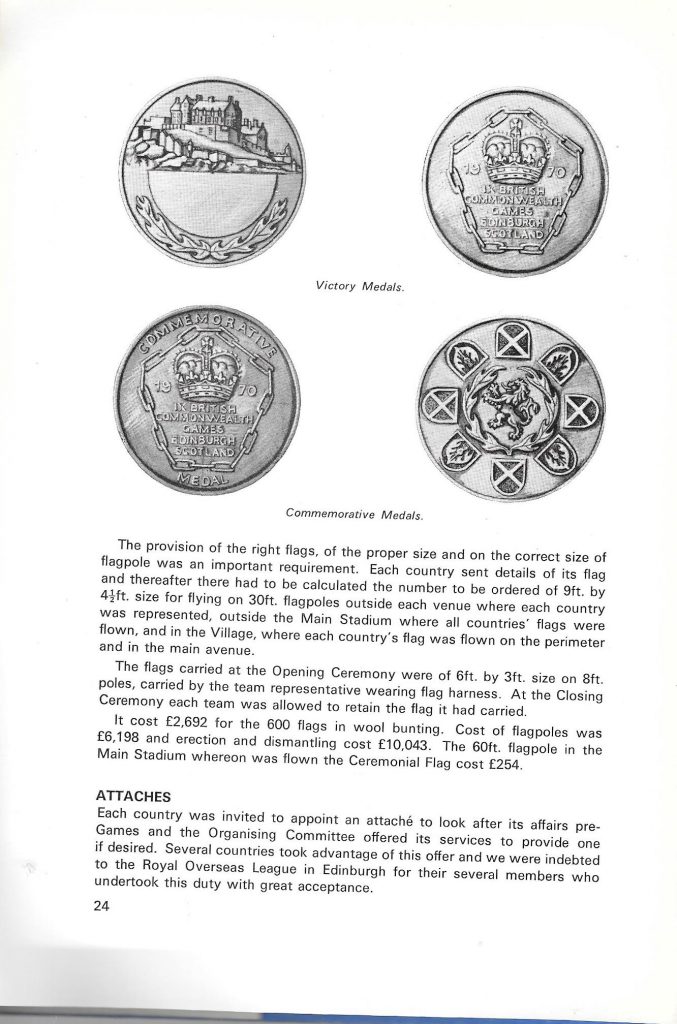 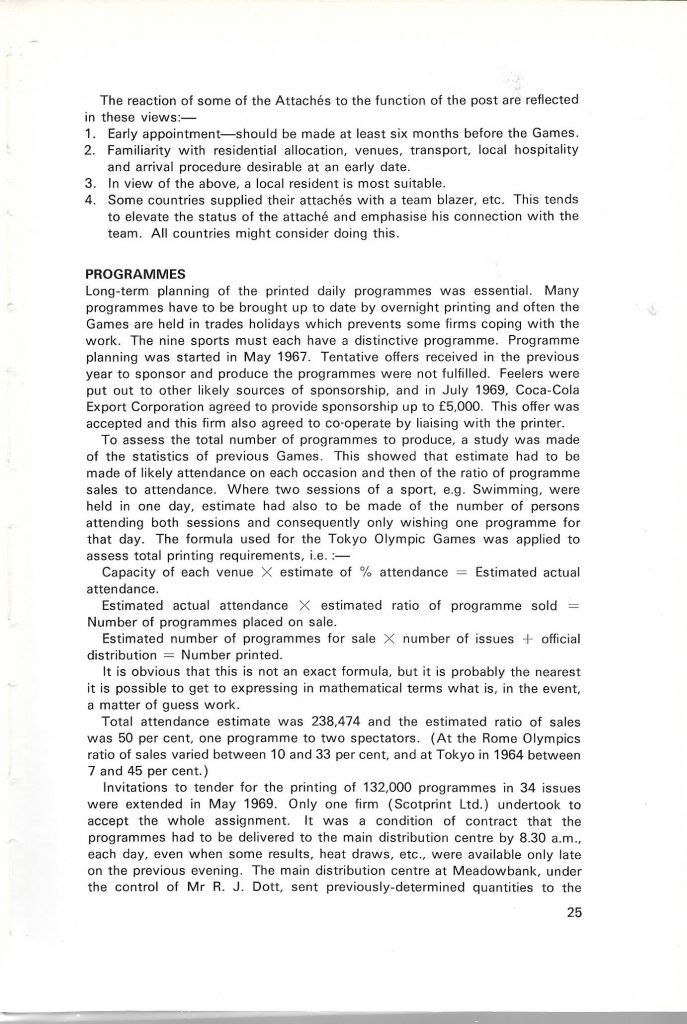 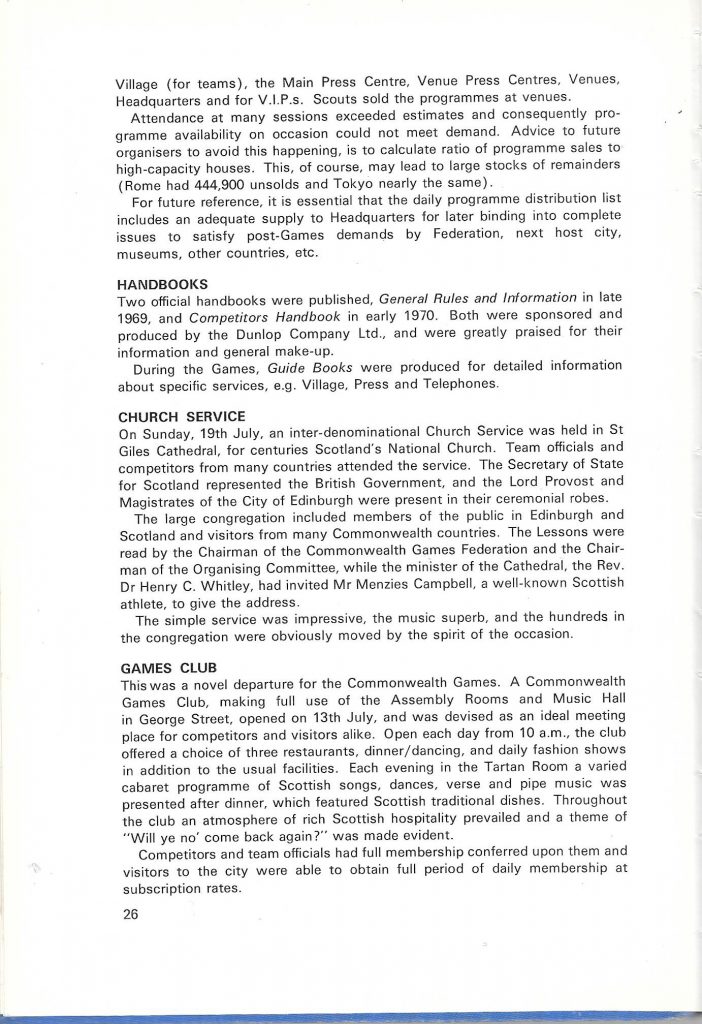 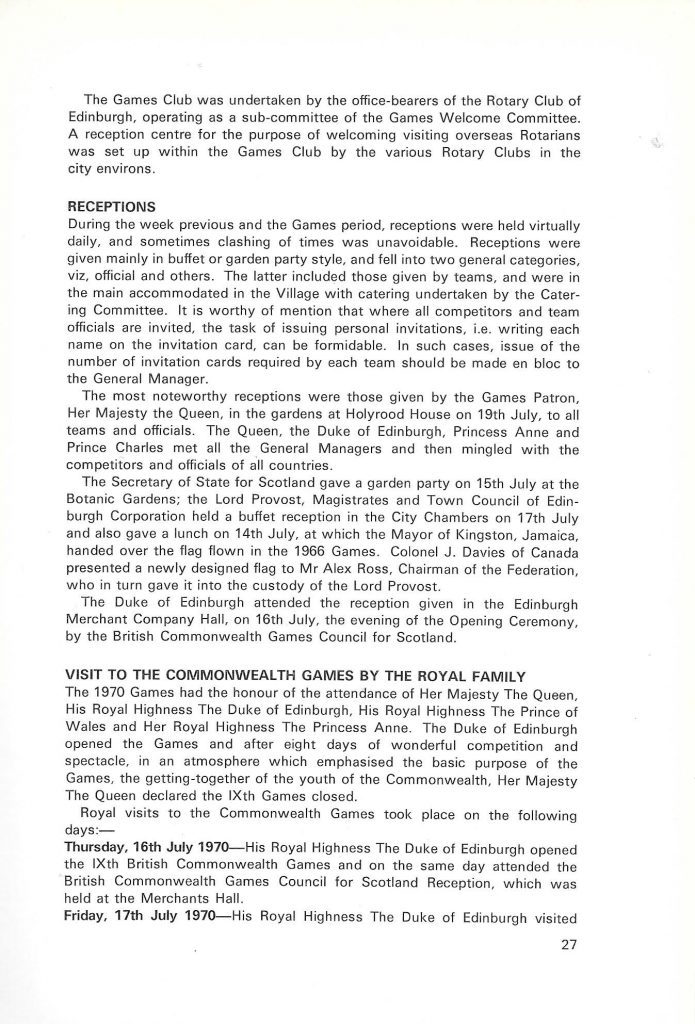 And so on with detailed instructions on the dates, venues and times of Royal visits to the many venues and events.