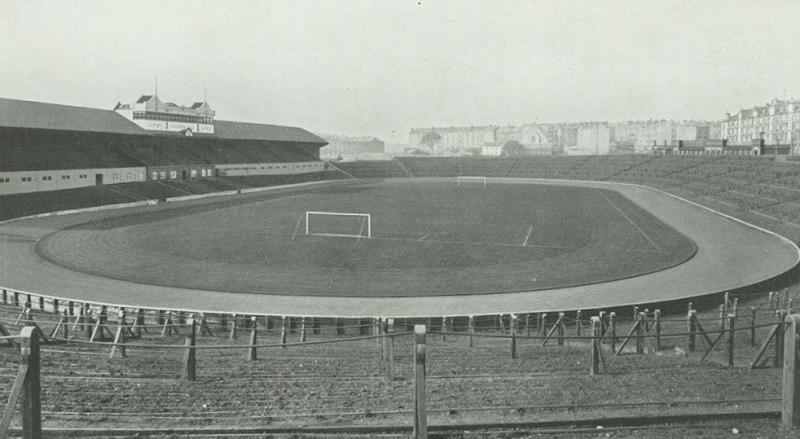 Clydesdale Harriers (established on 4th May, 1885) was Scotland’s first open athletic club but it was not the first athletic club because there were University and Private School FP athletic clubs in existence before that, the SAAA Championships were first held in 1883.   Competitive athletics however go back well before that, indeed some extant highland gatherings claim to predate the first Scottish Championships.   As a kind of preamble to the beginning of the SAAA and the Victorian era of sport in general and athletics in particular, I will quote from “50 Years of Athletics” , published in 1933 to celebrate 50 years of the organisation, and the chapter ‘Athletics in the Beginning’ by Kenneth Whitton.   It reads

“Although Scotland’s records do not go as far back as the Tailtean Games in Ireland, yet what we have prove the love of athletics among the Picts, Scots and the gregarious Celts.   From the chief downwards, athletics was the joy of the Gael, indeed the chief was often the most accomplished.   At his door lay the ‘clachneart’, literally the stone of strength or the putting stone and on the arrival of a guest he was asked as a compliment to throw it.   The chief’s followers, and those of his guests engaged in all manly sports, and as the honour of the clan was at stake, it is surmised that in the strenuous contests more heads than records were broken.   The Fraser chiefs were noted athletes, and the father of the late Lord Lovat – an excellent sportsman – was an expert stone and hammer thrower.

In a manuscript lately come to light entitled: ‘Ane breve cronicle of the Erles of Ross’, an account is given of how an earldom was gained by prowess in wrestling.   At the coronation of Edward I there was among those attached to his court in London a famous French wrestler from Normandy who was considered invincible.   But during the gay doings, he was challenged by Farquhar Ross from the North of Scotland, a vassal to the Scottish king Alexander II, and to the amazement and delight of the Scottish king, his wife and a sister of Edward , and the Scottish guests, Farquhar overthrew and signally vanquished the unbeaten champion.   So delighted was King Alexander over his countryman’s ‘notabill vassalage’, as he called it,  that he conferred the Earldom of Ross upon him.   To celebrate his victory and to carry out a vow that he had made, Farquhar erected an abbey, now no longer in existence, but its successor in Kincardine, Ross-shire is still used as the Parish Church.

At the great royal hunts which took place at Braemar and which often lasted for a fortnight, many chiefs with their followers took part.   Malcolm II started at one of these ‘hunts’ the first recorded ‘Games’ by offering as a prize a sword and a purse of gold to the first man to reach, in a race, the summit of Craig Choinneach.   Two McGregor brothers were favourites, but a third and younger brother, who was late in starting won after a terrific struggle.

It was not however till 1832 that the first organised Braemar Gathering took place.   Queen Victoria was keenly interested in these sports, and in 1889 invited society to Balmoral.   Later the Duke of Fife gave the present Princess Royal Park where the meeting is now held.   The clansmen gather at the spot where the Jacobite standard was unfurled in 1715 – which event is commemorated in ‘The Standard on the Braes o’Mar’ – and march to the sports ground.

Since the year 1314 without a break, except during the Great War, the Ceres Games, founded to celebrate the return of the victorious Fife villagers from the Battle of Bannockburn, have been held annually.   It is remarkable that the name of the Fife agricultural village, Ceres, is that of the Latin goddess, Ceres, the protectress of agriculture and in whose honour great sports were instituted.

Carnwath in Lanarkshire holds annually a meeting of great antiquity.   The Red Hose race is the principal event, and local and popular tradition has it that in the event of the Carnwath estate becoming heir-less, the latest winner of the ‘Hose’ would become proprietor!

Under the shadow of the Duke of Argyll’s stately castle at Inveraray, a gathering of the western clans’ representative pipers, strong men and runners has been held for centuries.   Running was a feature of this meeting, for the chiefs of old encouraged their ‘gille-ruith’, or running footmen, to excel in the Geal-ruith, or running and leaping  games.

Among great athletes in Scotland, the two whose names were, and still are, in the mouths of everyone, were Captain Barclay of Ury and Donald Dinnie.   The former was a great and up-to-date land proprietor in Kincardineshire.   Sprung from an ancient and physically powerful family, he lived during the later part of the eighteenth century and the first half of the nineteenth.   Educated at Cambridge, he early joined the army and served as ADC to the GOC of the ill-fated Walcheren Expedition.   He was though of little more than average size, possessed of a great strength, speed and remarkable powers of endurance.   Of the latter his great feat of walking 1000 miles in 1000 hours – that is one mile for every hour, was a record to his stamina.   Others who tried this feat broke down at an early stage, but he continued for a period of 42 days and though he lost much weight was at the finish wonderfully fit.   He was a great runner, walker, wrestler and stone-thrower,  and thus resembled Dinnie, who was born in Aberdeenshire in 1837.   Strange to say, Dinnie’s best performances were done when he was approaching forty years of age, and when fifty eight years old was the recognised all-round champion of New Zealand.   Dinnie was undoubtedly the best athlete of his time, and in addition to being heavy-weight champion, excelled in wrestling, leaping, vaulting, running and dancing.

Over a century ago, the Borders had a remarkable man, Will o’Phaup, so called for his farm in the Ettrick valley.   Like Dinnie in the North his name was a household word.   His tombstone at Ettrick Kirk records that for feats of strength and agility, he was not excelled in the kingdom.

In pre-amateur days Scotland was famous for its distance runners, and many feats of endurance are recorded in books dealing with origins and history of Scottish Highland Gatherings.”

Having read through the above, you now know where the heading of ‘the pre-amateur era’ came from.   That is of course how the sport began, and we are now clearly in the post-amateur era.   The amateur era was clearly a diversion but it was also a period when sport in all its guises made great progress and wonderful performances were achieved.  Is it too mischievous to suggest that the standards are falling now that we are all ‘post-amateurs’???

For a note of the Principal Sports Meetings at the very start of amateur athletics including those organised by the major football clubs, go to

Track and Field: The Sports Meetings