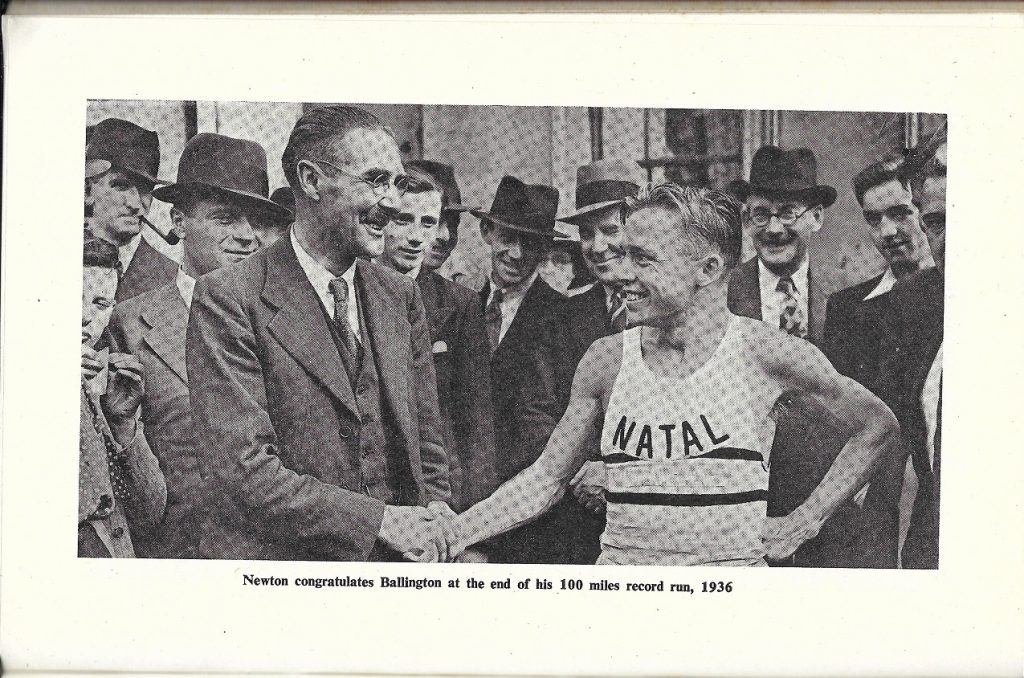 IT was on the tip of my tongue to reply ” Never ” in reply to the above question, but I remembered just in time that it might not be strictly correct. All the same it would be fairly accurate to say that you never really know when you’re in top form ; you can only gather an impression from the results achieved. A youngster may feel good enough to tackle anything, and yet blossom out as a miserable failure because mental exuberance overcame his commonsense and made him squander his abilities instead of con­serving them for the right time—a proof that his mental department, anyhow, was by no means at its best.

In any case your ” best ” is no more than a temporary affair. Last week you may have put up a more exhilarating show than ever, but it’s always on the cards that you’ll eclipse even that effort if you get on with the work instead of—as so many do—wallowing in a binge of satisfaction.

Age of course has a lot to do with it. No one will deny that around 1927-28 Nurmi was about at his summit over the mile, or that he had lost a trifle of speed and was ahead of everyone else at the marathon distance ten years later. Yet, judging from my own experience, I’m almost certain Nurmi never produced his

absolute best ; temporary and local conditions always provided a fly for the ointment when he had to compete. Had he been able to get officials together at half an hour’s notice and race at the time he himself would have chosen, I’m pretty sure he would have astonished us even more than he did.

If I say that, it’s because I learnt very definitely after years of training that an estimation of my own condition could never be relied on to the last limit, for there were occasions now and then, often quite unsuspected till they cropped up, when I could have done better than ever if only a race had chanced to coincide at that time.

As usual, I have to dig into my memory to supply pertinent examples. I remember that at Hamilton in Canada, where, by the way, the first Empire Games were held, Gavuzzi and I had been for some months without anything serious in the way of competition, for we were getting ready to tackle records ; forty miles in his case and twenty-four hours for me. I had already gathered in the ” 40 ” on several occasions and knew therefore pretty well what was wanted ; but as Gavuzzi had not as yet ever made an attempt, he came out for a daily spin of from twenty-five to thirty-five miles with me. About a month before the event, while out on the road and only ten miles from our quarters—we had already covered twenty miles at an average of 8½ to the hour—I suggested that while we still had plenty of time in hand he’d better get a sample of exactly what would be required when the occasion arose. He agreed it would be as well and told me to travel at racing speed for the next few miles just to see what it was like. Although on principle I object altogether to racing during training, I don’t think that a moderate fling like this does a fellow any harm at all, provided, of course, he doesn’t make a habit of it.

Now, though neither of us realised it at the moment, Gavuzzi was not quite in his usual fettle, whereas I found work somehow easier than ever, and was evidently in top-class trim. Anyway I set off at a good ten miles to the hour on the understanding that he was to keep within hail till we reached the outskirts of the town eight miles farther on. Running at this pace I had no time for talking, nor had he ; all I had to do was to maintain an even speed and trust to his doing so on his own account. We were both ” quiet ” runners, so I didn’t worry when after about a mile I could no longer hear him, for I knew he was easily fit enough to catch me if he really wanted to.

The miles slipped by astonishingly easily and when I arrived at the chosen spot I slowed down and looked round for him. Even now I remember how uneasy and distressed I felt to see him nearly half a mile distant. Gavuzzi was a permanently good-natured man, as are all who are in splendid physical trim, yet the first remark he made when he came up was : ” What’s stung you ? ” Of course I apologised handsomely and told him I was so concentrated on the business in hand that I hadn’t dreamt he was finding it rather too much of a good thing. Between ourselves, however,

it’s worth while noting that he had the sense to keep well within his limits, making no effort to keep to the pace I had set when he found he was not in the mood for it. Anyway, the lesson wasn’t wasted, for when the race came off he kept well up to the required standard for more than two hours and then, quite unexpectedly developed serious chafing, had to retire and leave it to McNamara to capture the record.

There is no getting away from it, there are times when you line up feeling completely ready and thoroughly prepared to achieve your best ever, yet while you are at it you discover that something, too nebulous perhaps to be clearly recognised, is steadily applying the brake and you just can’t do as well, or anything like as well, as you know you ought to.

The question arises can you do anything worthwhile to counteract this ? My own opinion is that you can’t. The most you CAN do is to take every precaution and you will then have the satisfaction of knowing that, whatever the result may be, you were the victim of circumstances outside your personal control. Besides, as I said before, it is no more than a temporary setback ; sooner or later you’re bound to find that at last the combination of race and realisation of top form have coincided.

I never believed, as many apparently do, in running only to win an outstanding event ; it always seemed to me to be only proper, in fact only sensible, to do your actual best, no matter whether you happen to be miles ahead or miles behind, for after all you can never be certain you’ll get another chance. If you find you can put up a new course or international record, why not do so ? As you know there are such things as sickness and accidents, and if your luck let you in for anything like that you might have to drop out of athletics temporarily, a misfortune that happens to all of us at times.

I ran, and even raced, for years after my peak of achievement had been passed, and knew it. Even if I couldn’t do as well as formerly I still had as much as ever to learn, and felt that what I could gather in this way would be useful to others who came after me. It came in very handy too, for I was able to assure Ballington, and keep on assuring him without any ” maybe ” about it, that his chances for the ” hundred ” on the Bath Road were so good as to be a practical certainty, and with a lot to spare. Very naturally, being a particularly modest man, he felt it wasn’t as easy as it sounded ; yet the fact that he had a lot of confidence in my statements must have helped rather than hindered his training. And presently he gathered it in — with “a, lot to spare,” viz. forty-five minutes.

Early in 1932 I had coached a French-Canadian along similar lines and he lapped it all up, pondered over it, and finally went mtp intensive training for the purpose, with the result that he ultimately put up the Canadian road record for 100 miles, and he is a man well on in middle age.

you can do in yours, for they were just ordinary fellows like the rest of us and in no way (i born to succeed ” athletically.

Your best, then, lies ahead, and always ahead, until age steps in and prohibits it ; after which you can transfer from activity to assistance and use your experiences to help others along the road you journeyed in your prime.