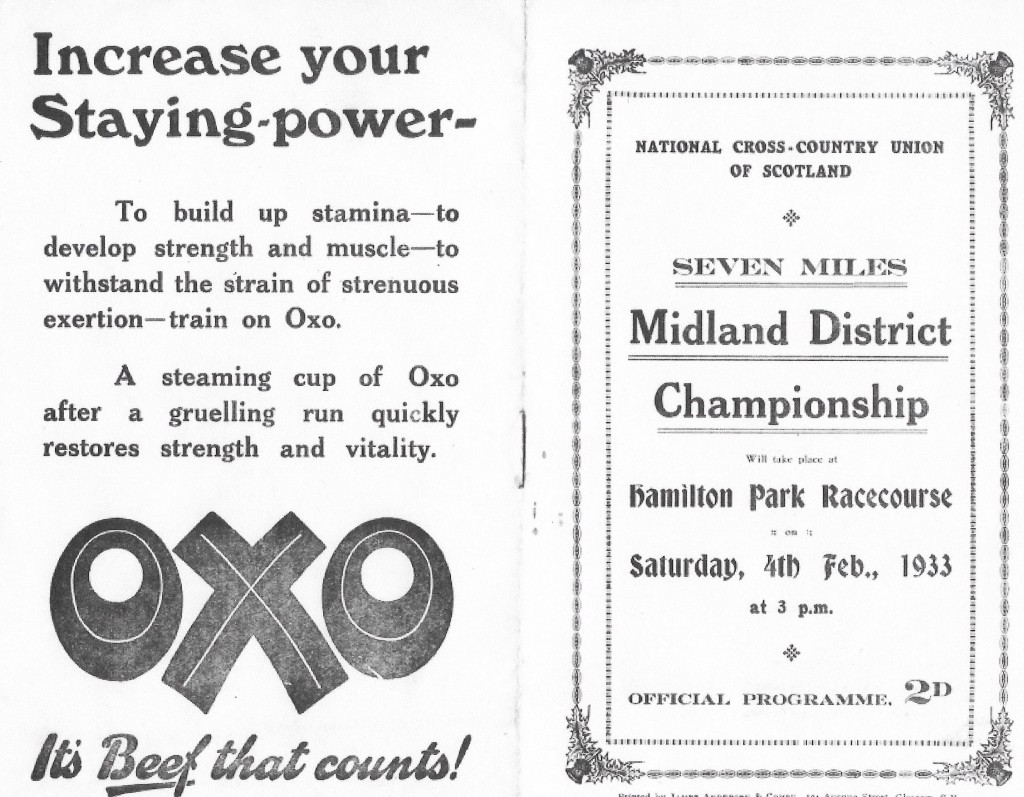 This programme for the Midland District Cross-Country Championship of 1933 was provided by Hugh Barrow (who, I believe, received it from Alasdair Reid).    The pre-race favourite Jim Flockhart of Shettleston Harriers was the winner, by 59 seconds from Jack Gifford of Victoria Park and Springburn Harriers (McNab 5, Montgomery 12, McHaffie 13, Haughie 14, Stewart 18 and McPhee 24)  won the team race from Shettleston by 75 points with Garscube Harriers third, three points further back.   If you look at the entries on the following pages, you will find some weel-kent names  –  and some not-so-weel-kent clubs!   Glasgow Harriers, Olympic Harriers. St Peter’s Harriers, Cambuslang UMCA Harriers, Shawfield Harriers Glasgow YMCA Harriers, Plebeian Harriers and 8th Battalion HLI.    There were two YMCA teams in this race but there were lots of YM clubs training and racing then – Aberdeen YMCA, Kirkcady YMCA, Glasgow YMCA, Irvine YMCA and various others had affiliations to the governing body. 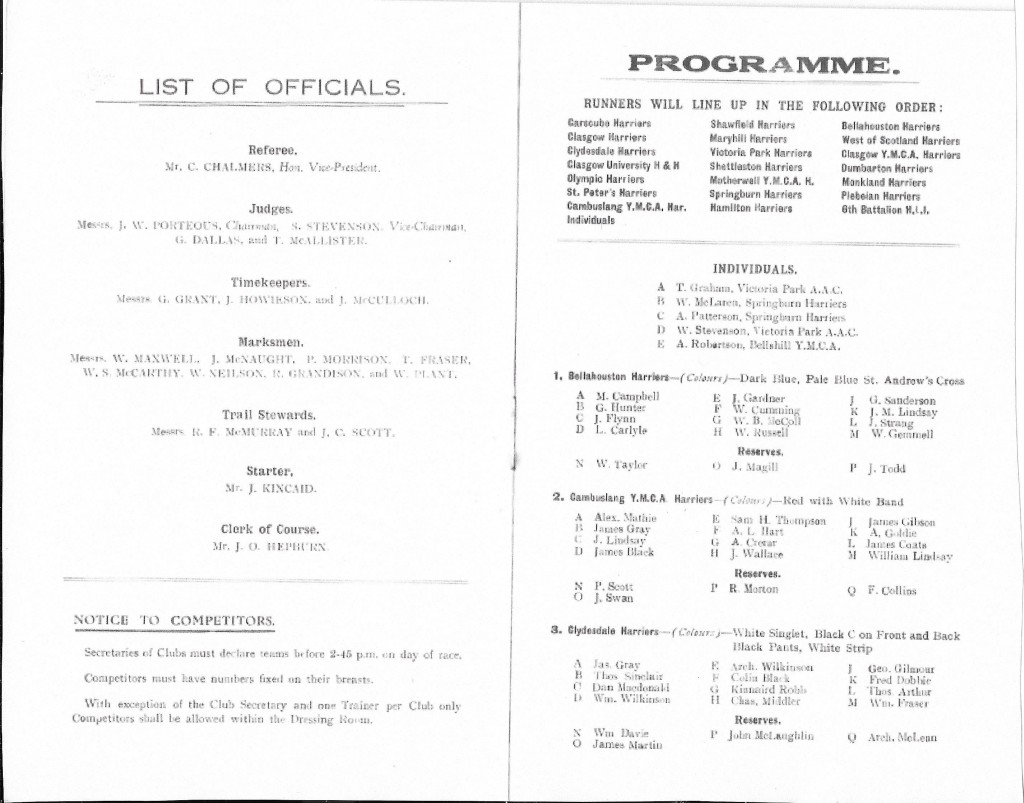 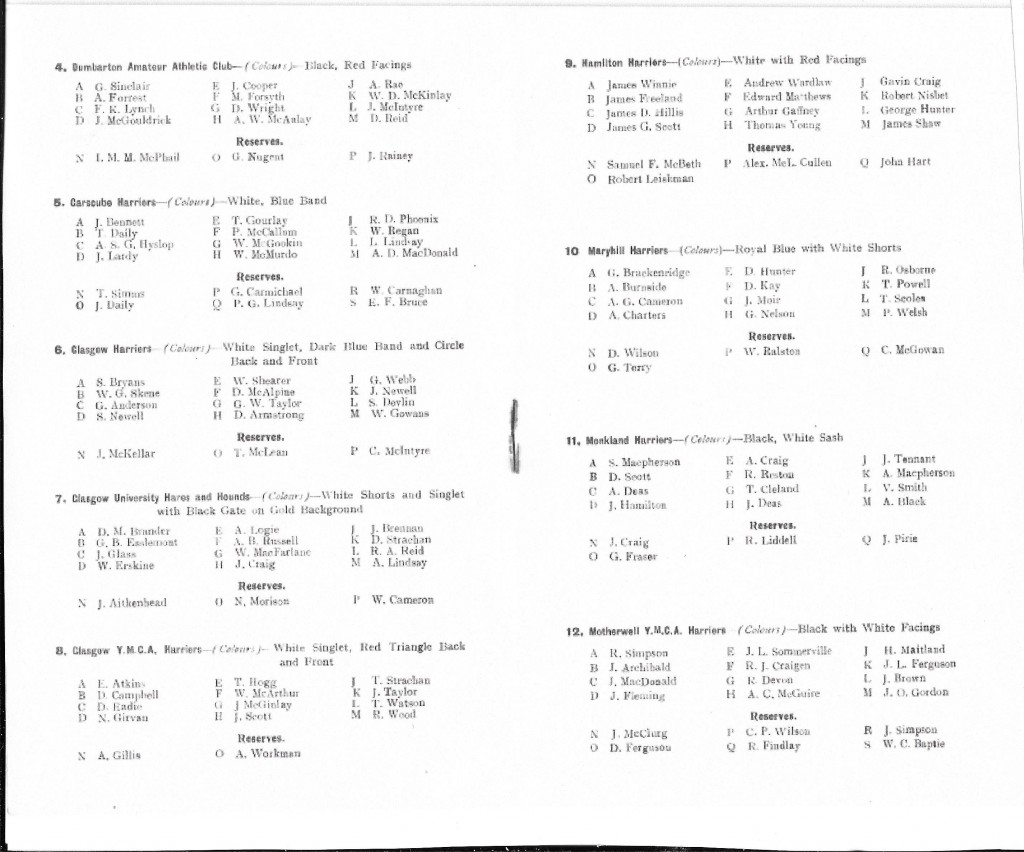 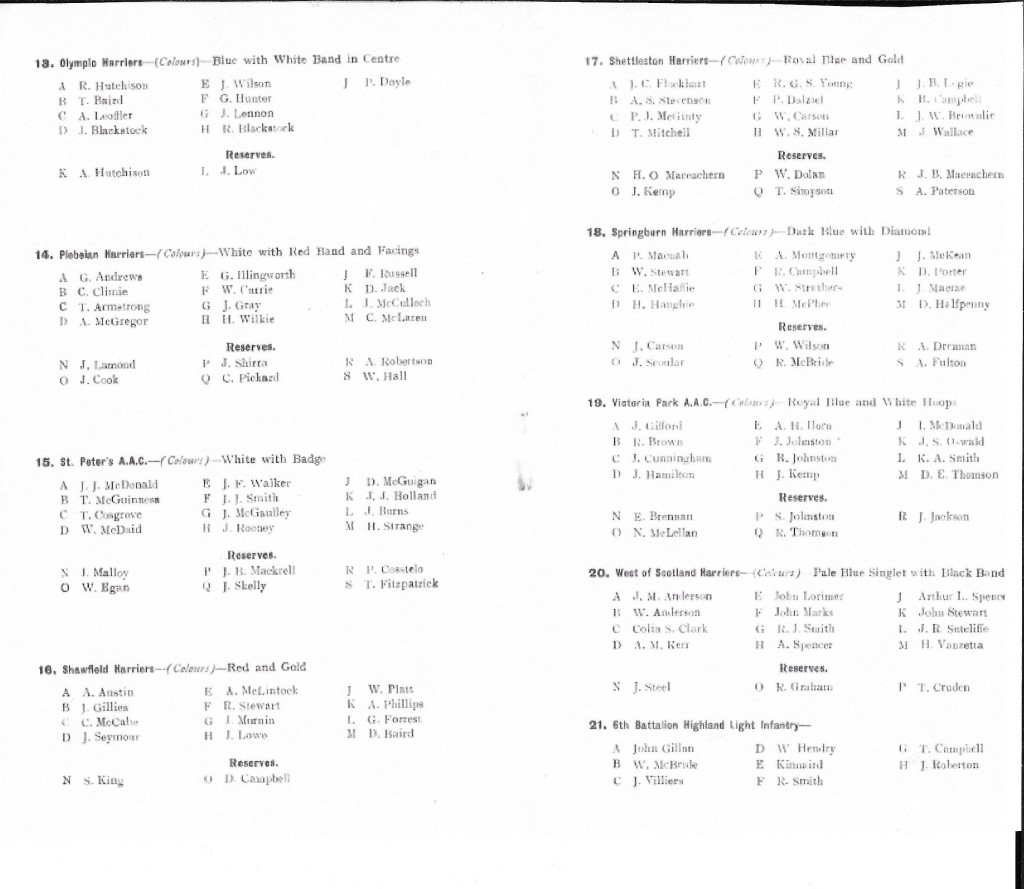