Hearts was formed as a football club in 1874 and it held its first sports in 1881 at Tynecastle.   They were held on 14th May but they were not amateur sports like those of most football clubs.  In Glasgow the principal club holding professional sports meetings was Clyde FC – and that was probably due to some extent to the tradition going back to the earlier century of pedestrian racing being held on a weekly basis at Shawfield. 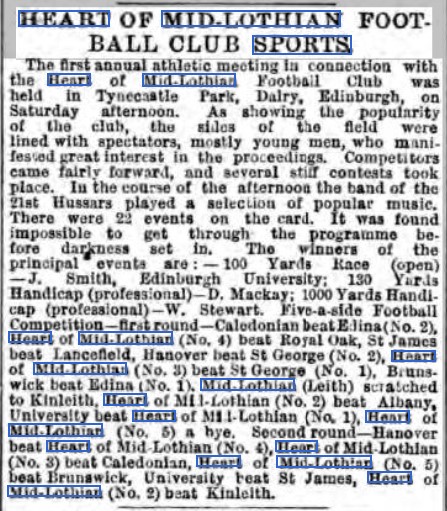 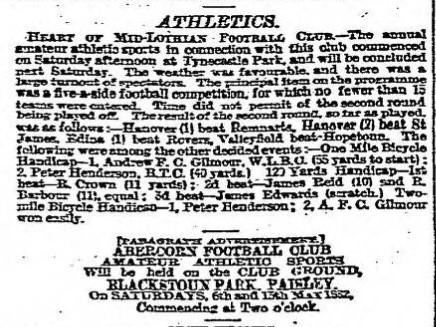 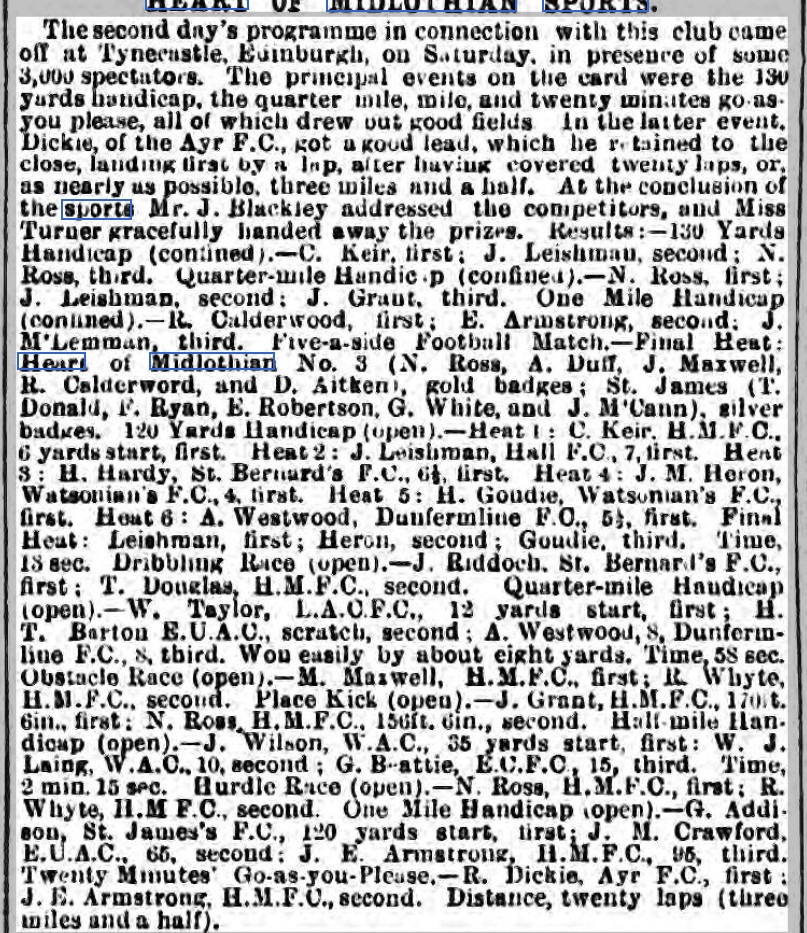