Let’s get the question of whether the connection with football was good for athletics out of the way to start with.   A very large number of senior and professional football clubs was established in the 1870’s – Queen’s Park FC was set up in 1867 with Kilmarnock FC two years later, but we note that Dumbarton 1872, Third Lanark (1872), Rangers (1872), Hamilton Academicals (1874), Hearts (1874), Hibernian (1875), Falkirk (1876), St Mirren (1877), Arbroath and Airdrieonians (1878) all appeared within seven years of each other.   It might be a useful exercise to see what the Scottish athletics scene was in 1871 and compare it with 1879 to see what differences, if any, appeared.

The summer season in 1871 starts for us with the Glasgow Academy Sports on the last Saturday in April and the Glasgow High School Athletic Sports one month later on 27th May.   Both were reported extensively in the ‘Glasgow Herald’ with some interesting comments in the latter on the place of athletics in the life of the pupils after they left school.   These events, like those at Dumfries Academy on 17th June, were not of course available to the general community.   However the Pollokshaws Star Quoit Club held a sports meeting on the 17th and a week later there was an athletic meeting held at Vale of Leven organised by a Committee which had some wee hiccups – I quote:

“We append the results of the matches which came off, but about one third of what were on the programme were not gone on with, partly on account of the dissatisfaction of the committee with a number of the competitors from a distance, whom the supposed to be more anxious to get the prizes than to compete fairly for them, and partly, we understand, that the drawings at the gate did not sufficiently supplement the subscriptions which the committee had received.”

Into July and the 10th RRV organised the Greenock Highland Games where several noted athletes took part, and the following week saw the Dunblane Highland Games and the Campsie Athletic Games.   I have noted the various organising bodies as an illustration of the haphazard nature of the organisation of the sport at the time -schools doing their own thing,  a quoiting club, a local committee, the 10th RLV, and local Games Committees which were self perpetuating bodies.   This diversity in provision led not unnaturally to local distances and events – a 250 yards race at one venue, a 4 miles race at another, a Beaters Race, and throws events such as ‘throwing the sledgehammer for height.   The nature of the Games as a social event on the local calendar is perhaps best illustrated by the Balfron National Games and Horse Racing.    The National Games were traditional Scottish events including races for local boys (living within 5 miles of Balfron),     The competitors included top men such as Donald Dinnie, ove of the best Scottish throwers ever, and Alex McPhee (Paisley) who won many races around the country and was father of Alex, junior, and Duncan McPhee who were Scottish champions on the track and over the country for Clydesdale Harriers and West of Scotland Harriers.   The athletics were followed by the horse racing where the star turn was a beast named Snorter.   In August  there was a meeting at Milngavie organised by Sir George Campbell, Bart, on the same day as the Strathallan Gathering at the beginning of the month,  there were others at Paisley, Kilbirnie and Crieff in August. 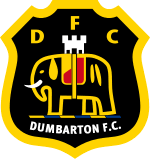 The picture is anything but clear but what we can say is that whether an event occurred or not depended on the interest of a particular group or individual.   eg with hundreds of RLV’ in the country, what inspired the 10th RRV to put on a meeting?   Or later the 1st or 3rd RLV organisations?   Why a quoiting club?   The provision was patchy and irregular.   The events were staged in local fields.   The fields being of different sizes, the distances were often of different lengths – the 250 yards above was replaced by a 150 or a 300 or a 330 yards at other venues.   The middle distances were poorly represented although there were enough at one mile, four miles, two miles, or whatever to earn a fair amount for runners like Alex McPhee.   There was no standardisation of distances between venues and the measuring was almost certainly of variable accuracy.   There were for a few years in the 1870’s Inter-University meetings but there was a break after 1873 (held at St Andrews) and 1889 when they were resurrected at King’s College in Aberdeen.  Finally there is no description that uses the word ‘amateur’ in any of the reports on the meetings – nor do they use the word  ‘professional’ either.   Given the frequent mention of known professional athletes and the fact that we know meetings such as Dunblane and Strathallan were professional at the period (although they later ‘turned amateur’), it can be assumed that most meetings were professional.

There is a marked contrast with the 1879 season.

Many clubs held athletic sports and not just the top level clubs such as Rangers, Celtic, Hearts, Third Lanark, etc: annual sports were held by Royal Albert FC, Parkgrove FC, Hurlford FC,  the Crescent FC, and Maybole FC among many others.   Parkgrove was based in Govan with headquarters in Copeland Road while the Crescent FC team hailed from Ardrossan.   Just looking at the fixture list for 1879 we see that the following teams hosted their own sports:

Arbroath FC (24th May), Kilmarnock FC (17th June – co-hosted with Kilmarnock Cricket Club), Hurlford FC (28th June), Johnstone Athletic FC (19th July), Parkgrove FC (16th August), Cartside FC (23rd August).   There may well have been more.   They were usually all well attended and included sports other than athletics, mainly variations on the football 5-a-side although some of the meetings held a single match between two local teams as part of the programme. eg at Hurlford,  Hurlford won from Kilmarnock Hibernians.  Confined races were also usually part of the programme with races confined to locals, or members of the sponsoring football team, but occasionally groups like carters  or ploughmen had their own races.   The prizes for these sports were not negligible either, at times they were better than many of those handed out in the second half of the 20th century!    For example the Sports at Ardrossan had among the prizes (these are just examples but typical of all events – including the three legged race, the sack race, the Mile handicap, etc)-

Given the amount spent on the awards, it is clear that these clubs valued what the event would bring to them in return.  Running a sports was not a small undertaking.

In addition the standard of athlete was high (JA Crerar of Third Lanark, and J Finlayson of QPFC were among the prize winners at this meeting).   Obviously, the nearer the venue to any of the big cities, the more players from the big teams there were.   The Parkgrove FC meeting in Govan had competitors from QPFC (incl JW Harvie, BB Sykes, JD Finlayson), Rangers FC (A Watson) and LRV (JA Crerar, J McKay) as well as from assorted other football clubs noted only by their initials – JCFC, WPFC, and others.   The prizes awarded were often listed in reports but the only one noted at the Parkgrove meeting was for the 300 yards handicap (confined) and was a sterling silver cup worth 30 guineas – ‘presented by the ladies of Govan.  To be won three times.’   The last qualifier was important since many athletes thought winning a cup once meant you kept it.   Even stipulating three times was not a tight enough definition either – did it mean winning the trophy three times was enough or did it mean that it had to be won three times consecutively?   Nevertheless 30 guineas was a big sum in 1879. 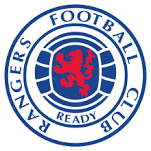 The bigger clubs such as Kilmarnock FC, St Mirren  FC, St Bernard’s FC. Hamilton Academicals and Airdrieonians had their own meetings with their own variations on the format.   Hamilton Academicals had their sports over two consecutive Saturdays.  eg on 5th July 1884 they held the first day’s sports where the main events were the football competition which was won by Cambuslang, the place kick won by H Reid (Rangers FC) from H McHardy (Rangers), 100 yards heats with final the following week, and the confined 440 yards.    On 11th July, there were eleven events, 100 yards (open), 100 yards (confined), 440 yards open handicap, scratch half mile (confined to clubs from Lanarkshire), half mile open, one mile handicap,  120 yards hurdles, obstacle race, consolation race, one mile cycle race, two miles cycle race.   The prize winners were almost all from football clubs – Cambuslang FC, Dumbarton FC, Pilgrims FC, Rangers FC, Royal Albert FC, Vale of Leven FC, 3rd LRV FC and Hamilton FC with some athletes from the universities (a few) and other clubs such as Golfhill Tennis Club.   That same day, Airdrieonians had their own two day event with an amateur athletic sports on the 12th and was mainly composed of confined events plus a four a side football competition with the final to be held the following week.   Came the 18th and it was an athletics meeting that we would recognise as such today.   There were several names which were well known at these Sports around the West of Scotland – A McNab (3rd LRV) was a prolific prize winner, JG Cleland (Royal Albert) and “the sack race was an easy thing for ‘Tuck’ McIntyre’ who was a member of Rangers FC who, as well as being an excellent sprinter in open events, was making a habit of winning or being placed in the obstacle race and the sack race.  Before playing for Rangers, from 1883, he had been a member of Alexandra Athletic – a club that had a long history of promoting amateur sports back into the 1870’s.   Also on that afternoon were the St Bernard’s FC Sports at Powderhall and the West Kilbride Annual Sports at Seamill.

When St Mirren opened their new grounds at Westmarch in Paisley on 23rd July 1883, they did so with an amateur athletic sports meeting.   Founded in 1877, theirs was one of the oldest annual sports meetings on the calendar, late July every year, having been started in 1881 and continuing from there.   Greenock Morton, founded in 1874, was there too with a first rate annual sports,usually towards the end of May, where the feature race was for many years the quarter mile with such as Eric Liddell racing at Cappielow for Edinburgh University as an individual and in the relay too. 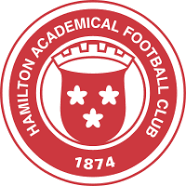 By 1880, there were many more athletic meetings available to the athletes of the country and a lot of that was down to the football clubs using their own grounds as a venue and making at times considerable amounts of money from them.  The increased number of clubs in the central belt meant that there were that many more meetings in a relatively small area and the regular runners became known and developed their own supporters.   The more they raced, the better they became as runners and the standard in the country rose.   In addition,  the fact that the clubs had standardised ground sizes meant that the running distances were also standardised which helped the runners judge their efforts more accurately.       In short athletics gained

*Because of the above, more recruits to the sport

Of course the football clubs also gained – money from the crowds that rolled up and fitter players among the benefits but the contrast between athletics provision in 1871 and 1879 was marked.