The link between Clydesdale Harriers and the Rangers stemmed from the very beginning of the club.   Clydesdale appeared on the scene in May 1885 and many of their founding members were Rangers players and officials – that club dating from the end of 1872.   Many of the very best football clubs in the country were based on the south side of Glasgow – Queen’s Park, Third Lanark and Rangers being principal among them.   The Harriers trained initially at Kinning Park and then at Ibrox so it is not surprising that their sports were always held in the very beginning at the Rangers Ground.   This programme is from 1909.   Look at the adverts for a piece of social history, look at the endorsements of products by the sportsmen and ask your self if they were doing it out of the goodness of their heart, but most of all, look at the quality and number of athletes competing. 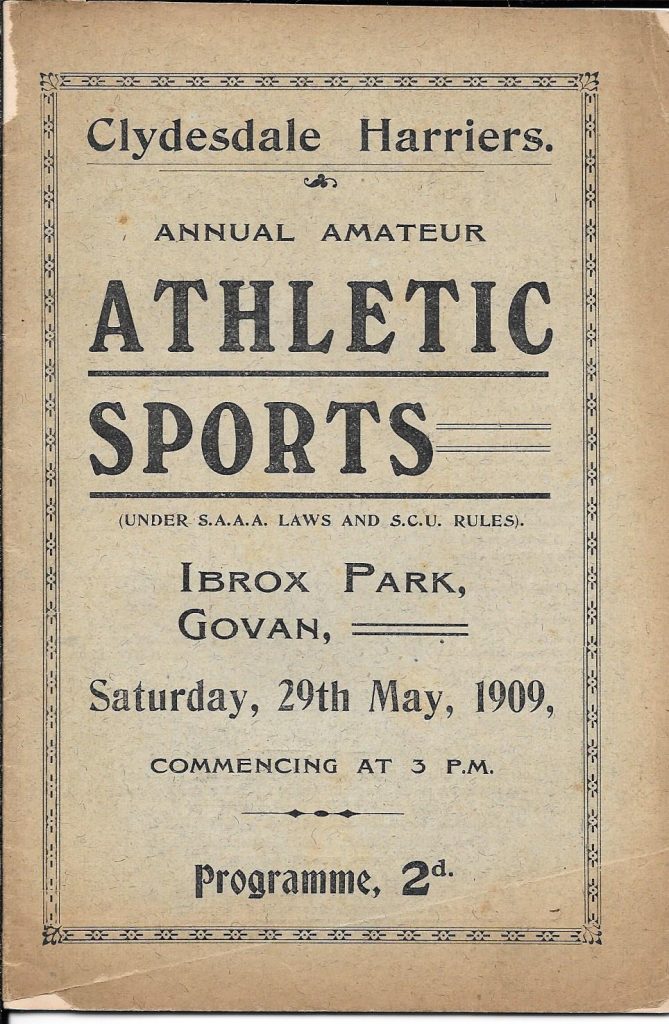 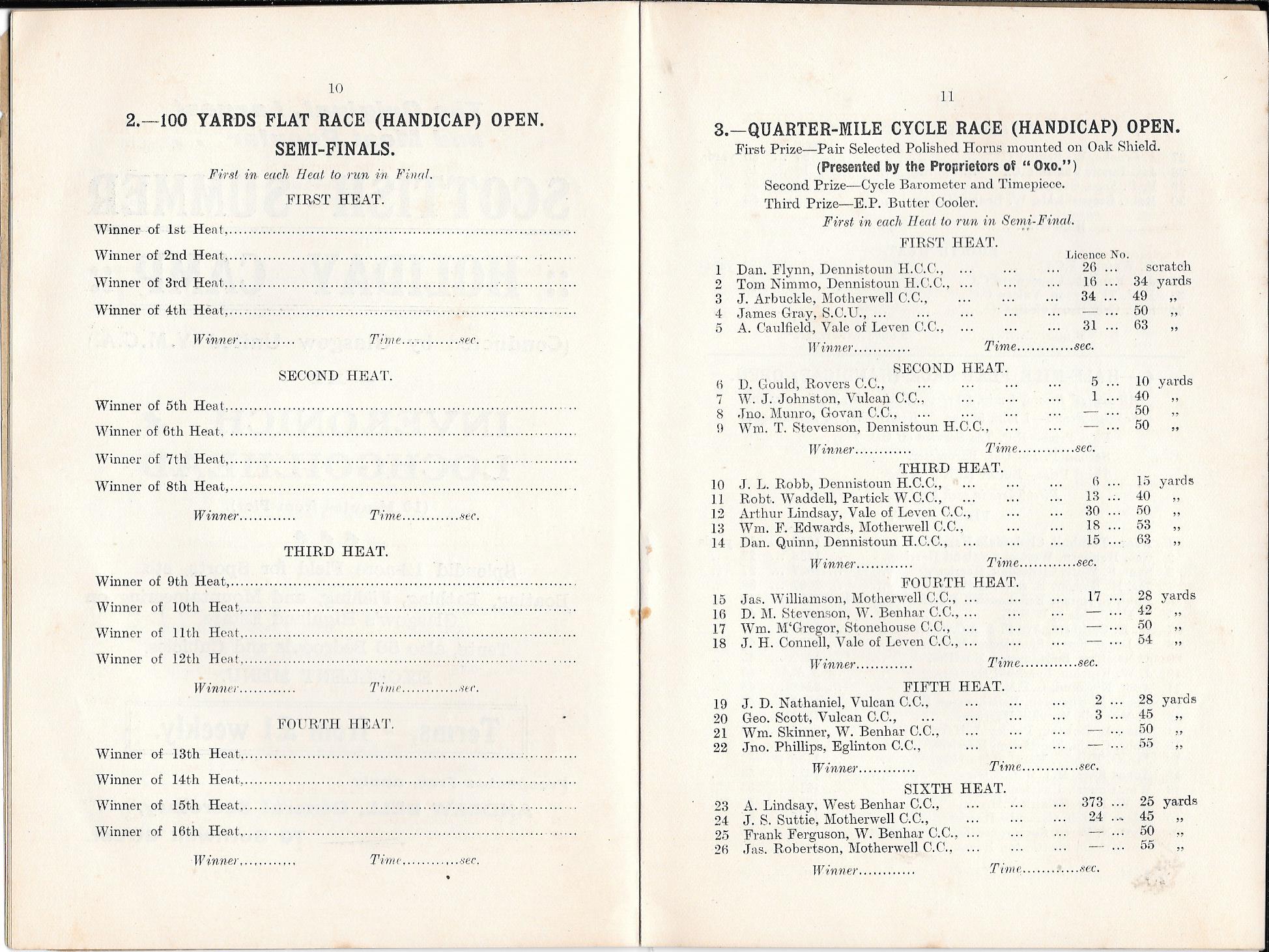 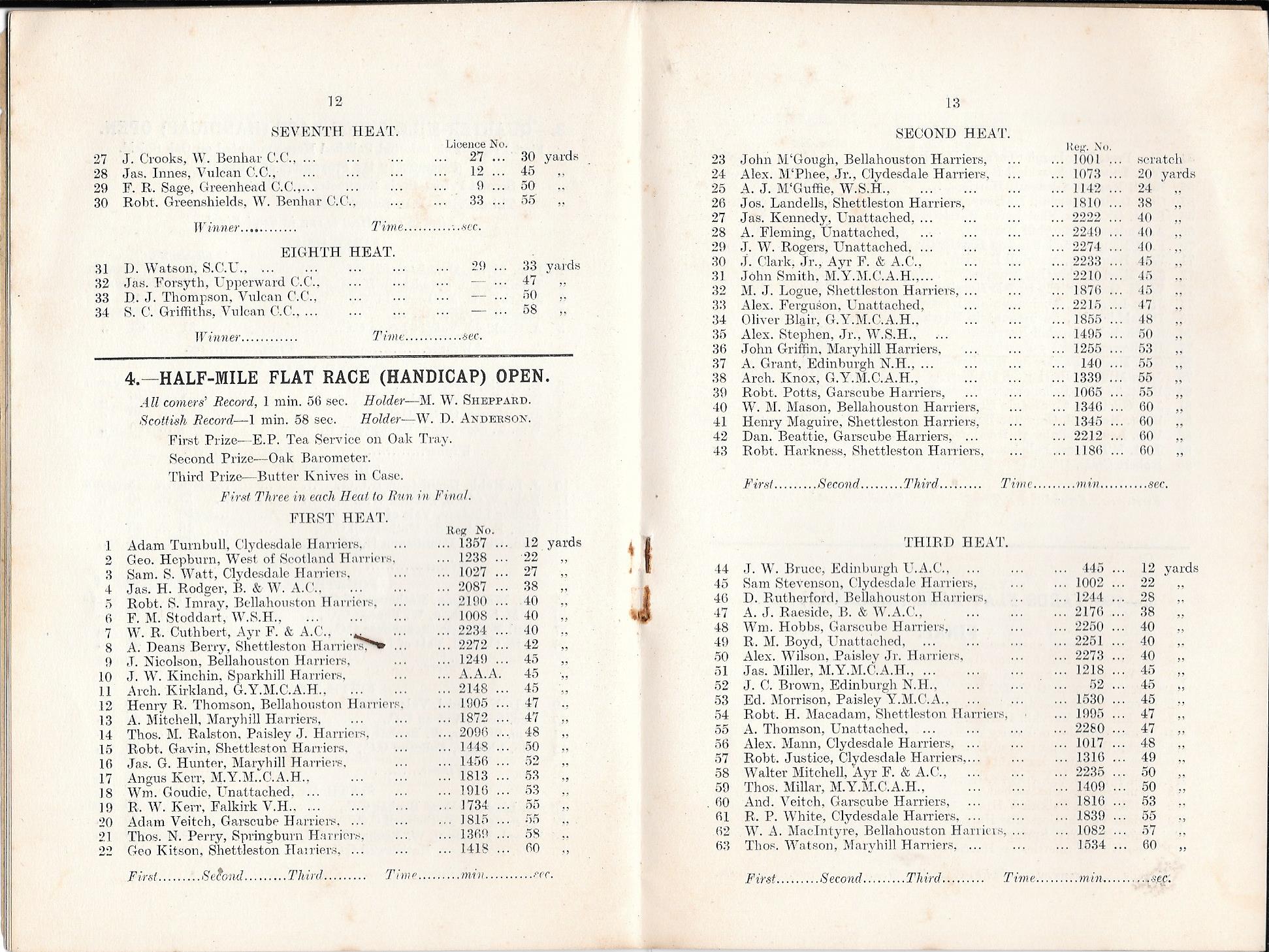 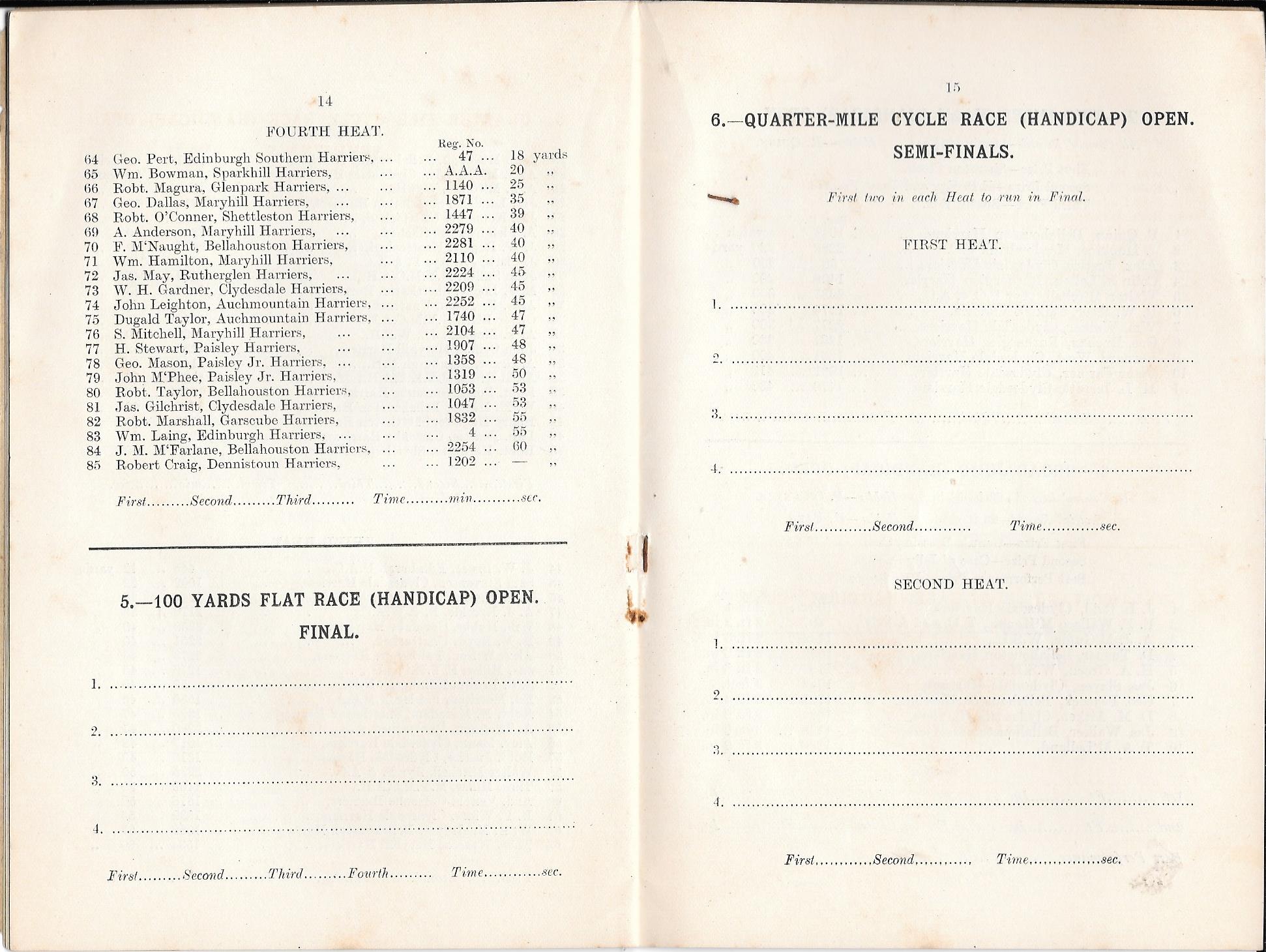 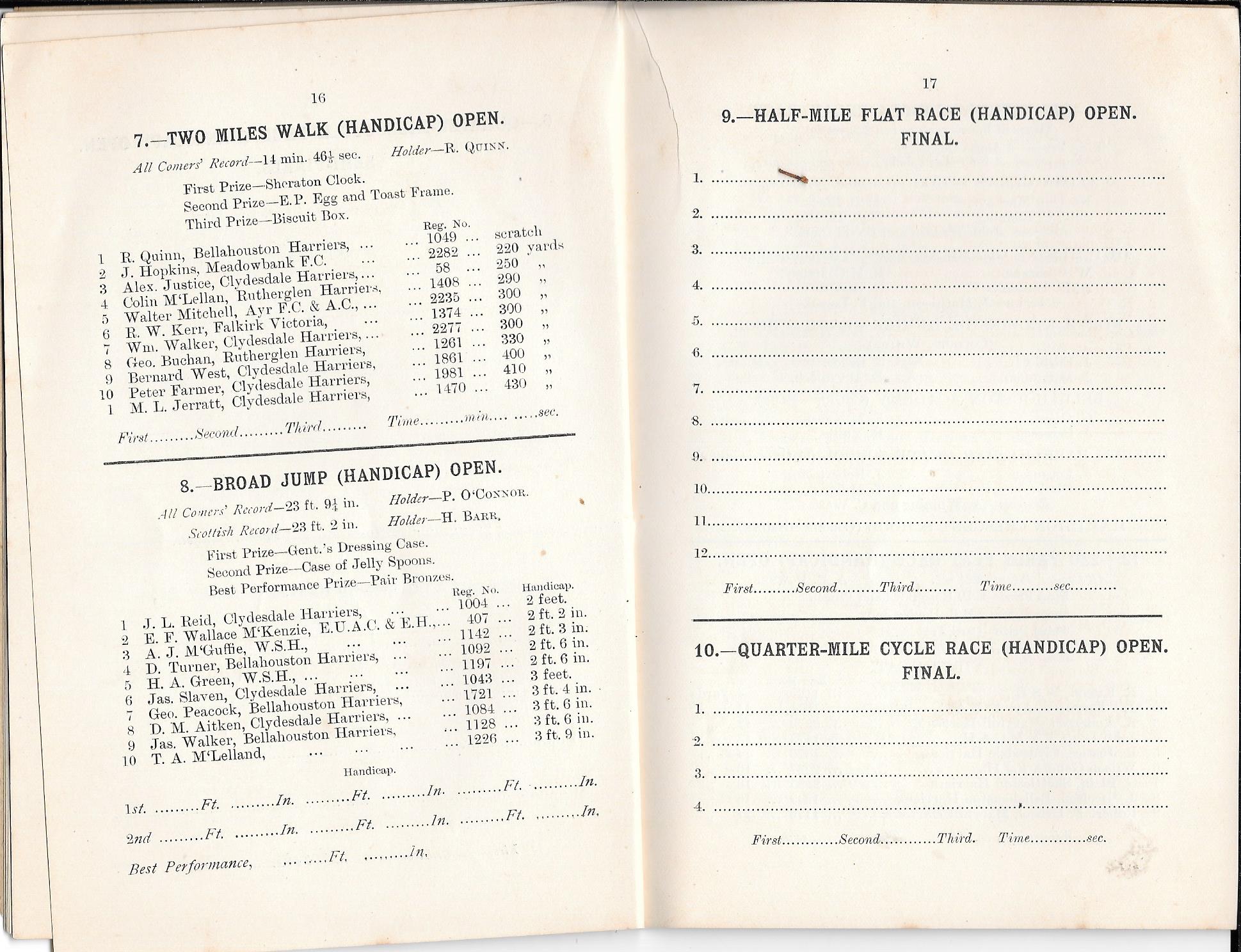 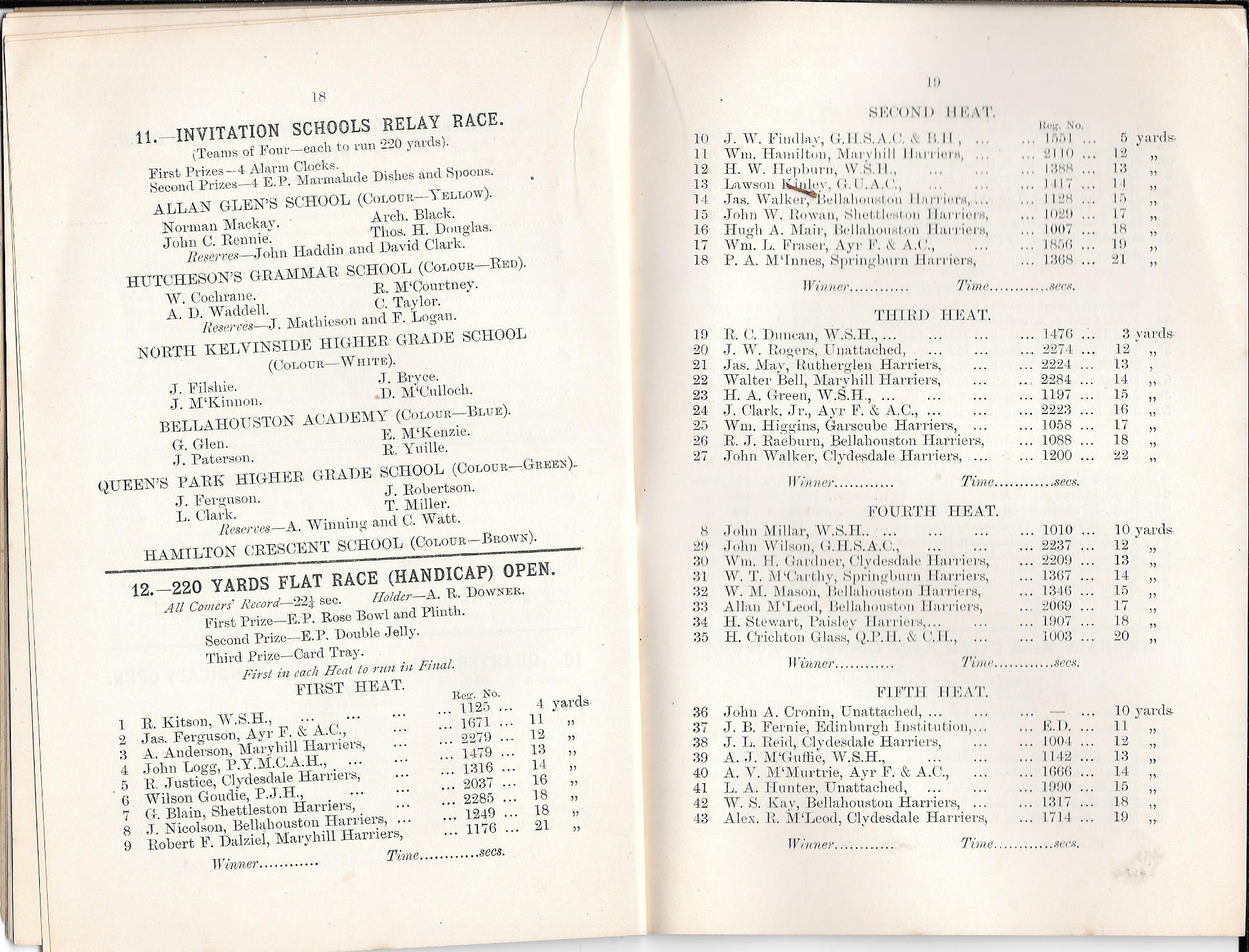 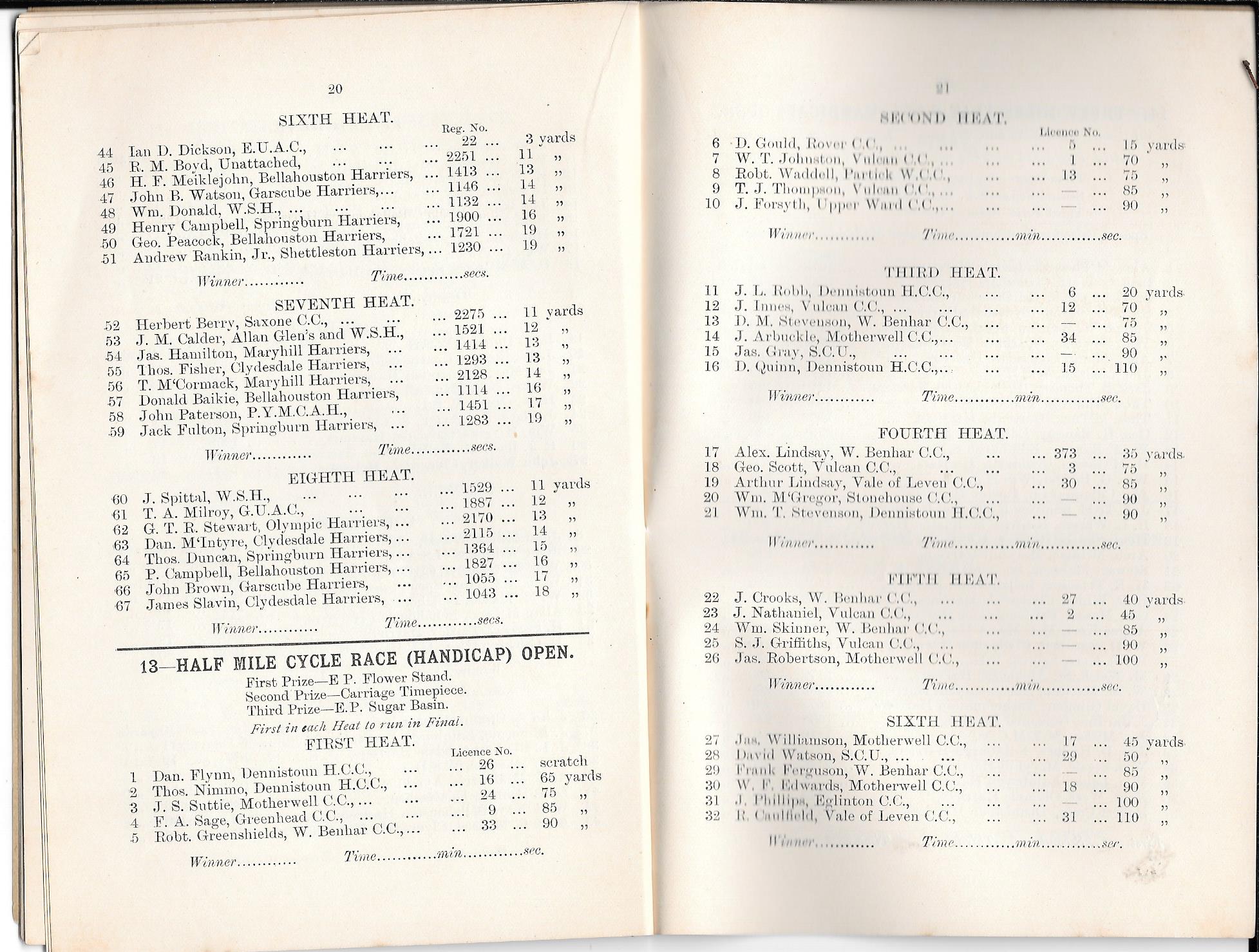 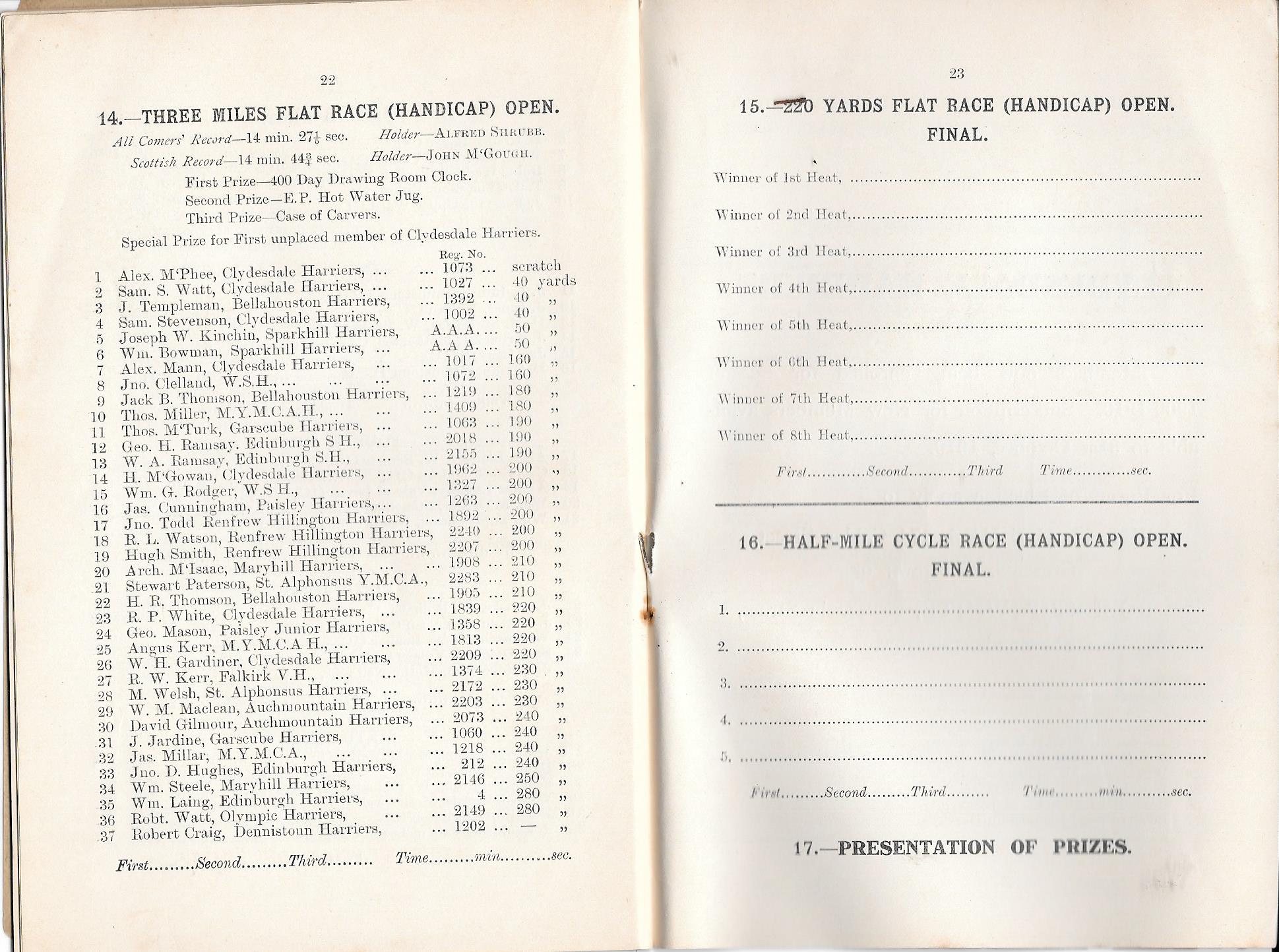 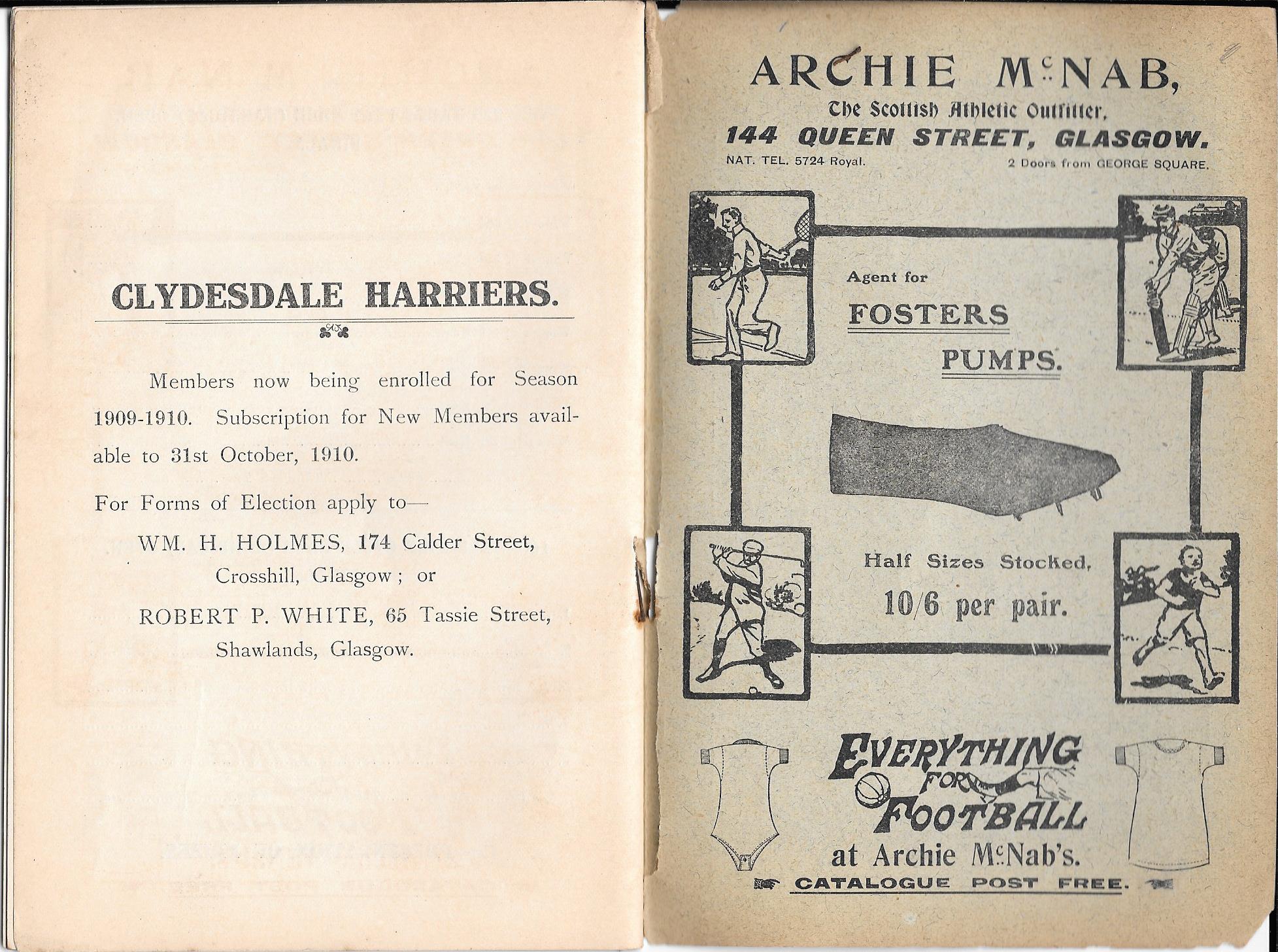 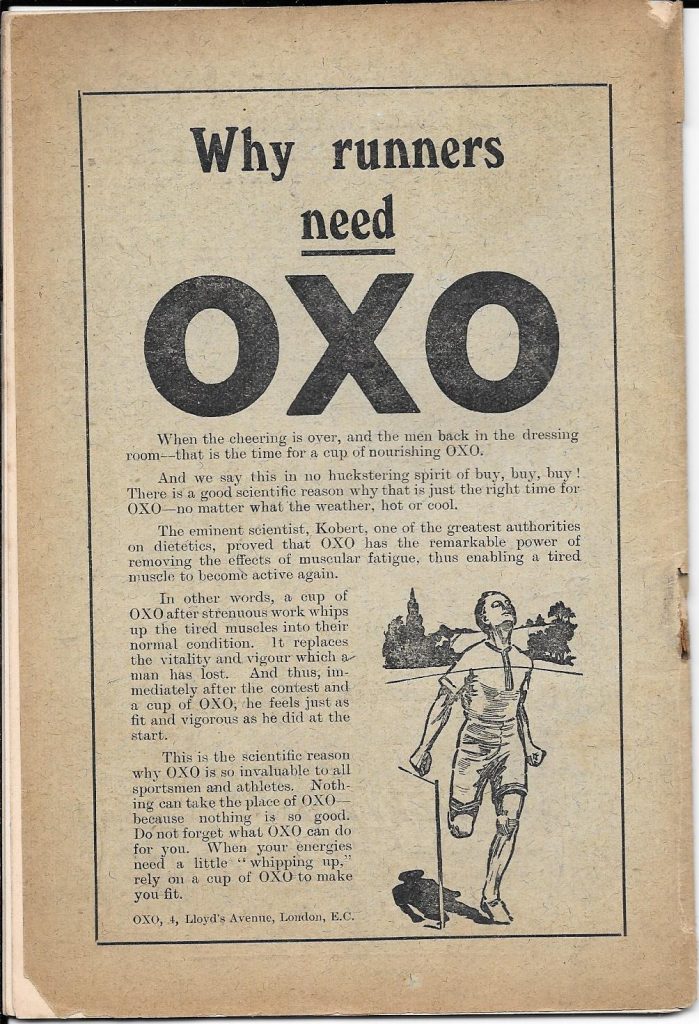