This programme is the first we have from after the ’14/’18 War where the club lost so many men.  Both secretaries killed (T Barrie Erskine in June 1915, Harold Servant in the troop ship returning from the war), other like Gabriel Brock wounded and died in hospital, Ralph Erskine died in an air incident in January, 1918 and so on.   In the words of George Dallas of Maryhill, Clydesdale Harriers went from a National Club to a Village Club.   The latter was a bit harsh but the diminution in status was clear to see.   The annual sports conti nued – to start with at Ibrox but then in Clydebank.   It was still a big meeting as the programme shows, with full fields in every event, and a wide rang of events too. 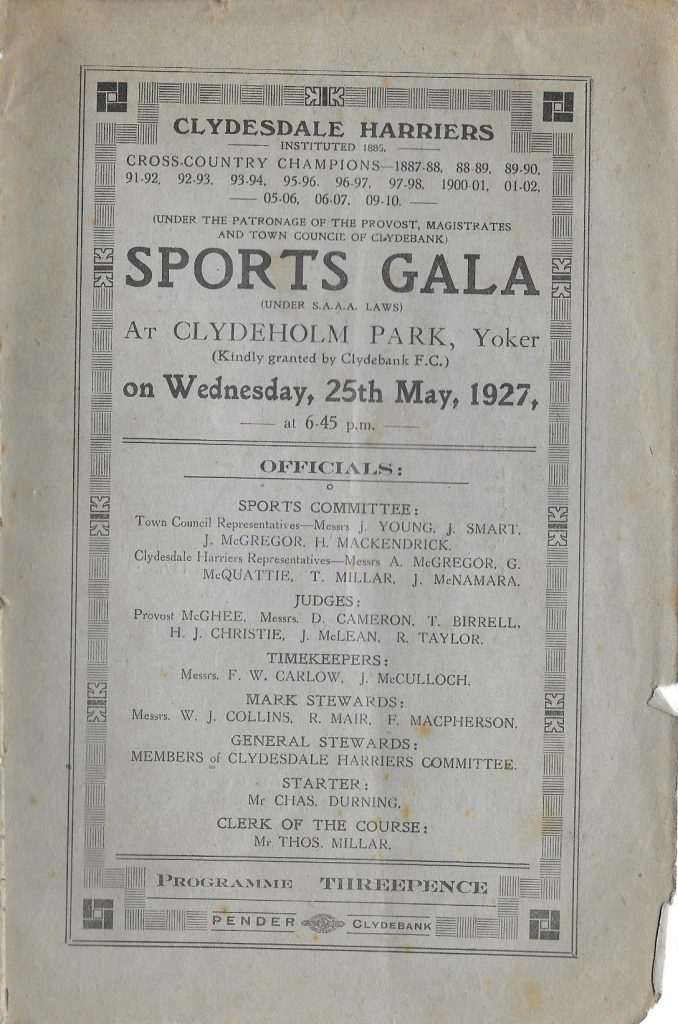 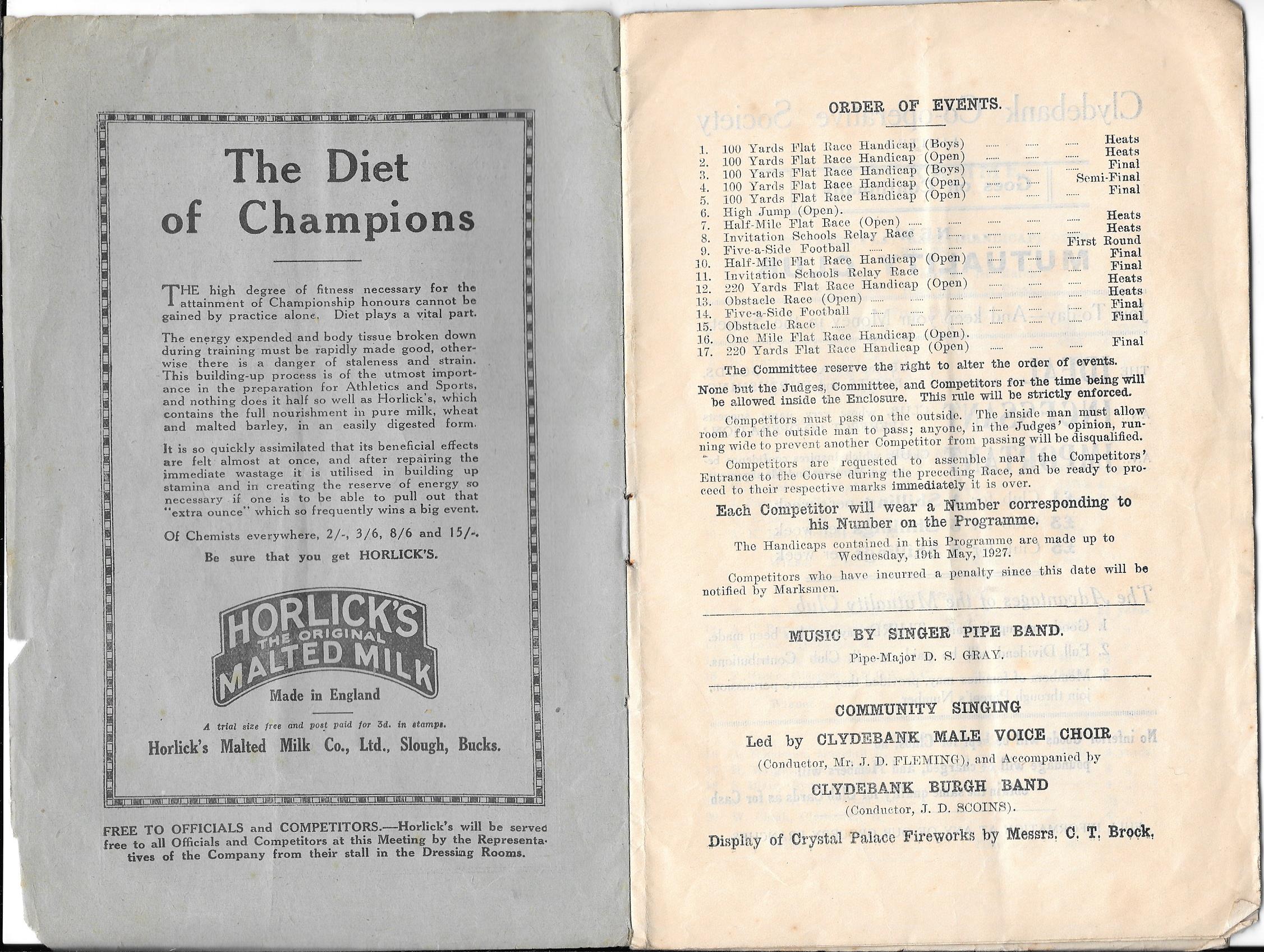 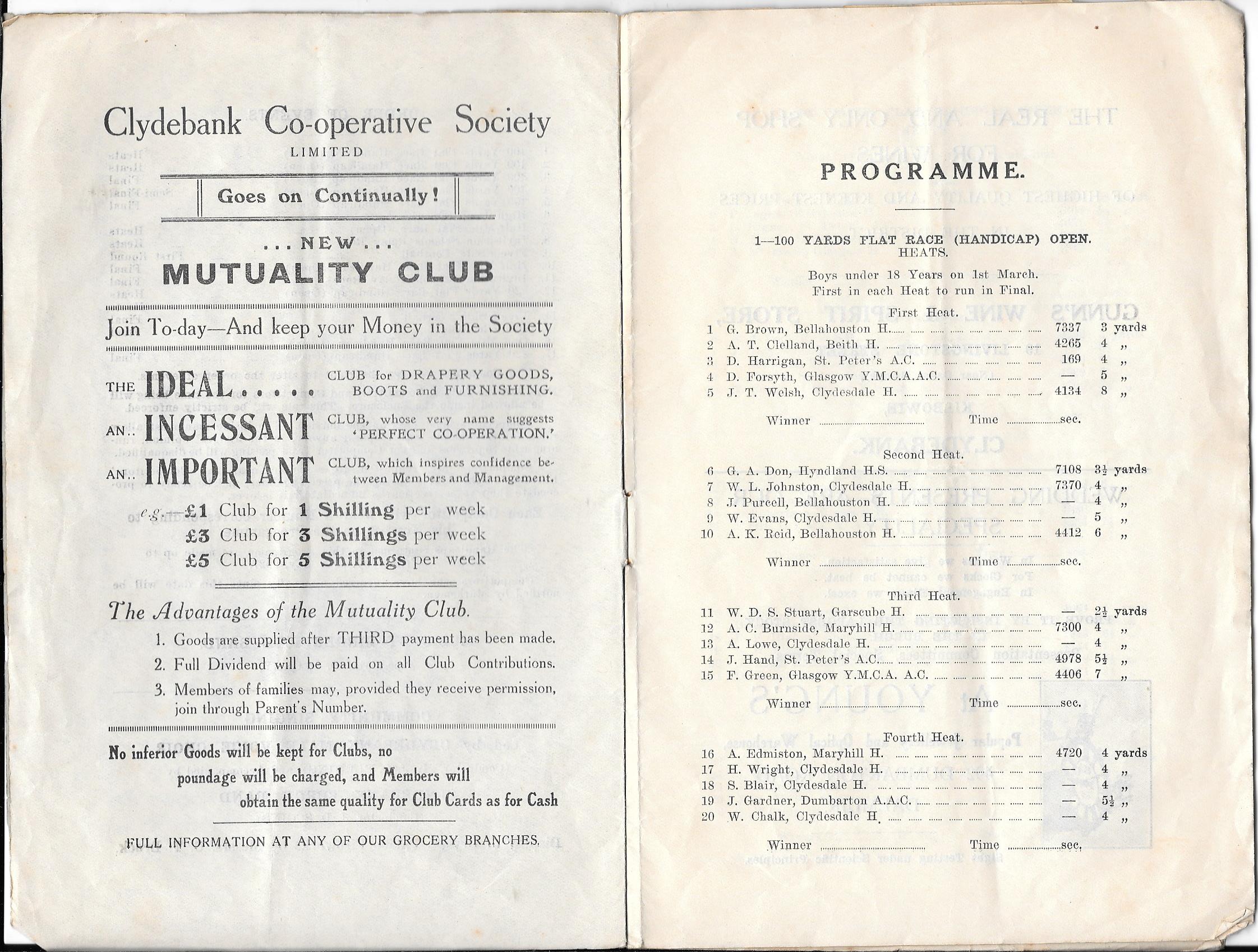 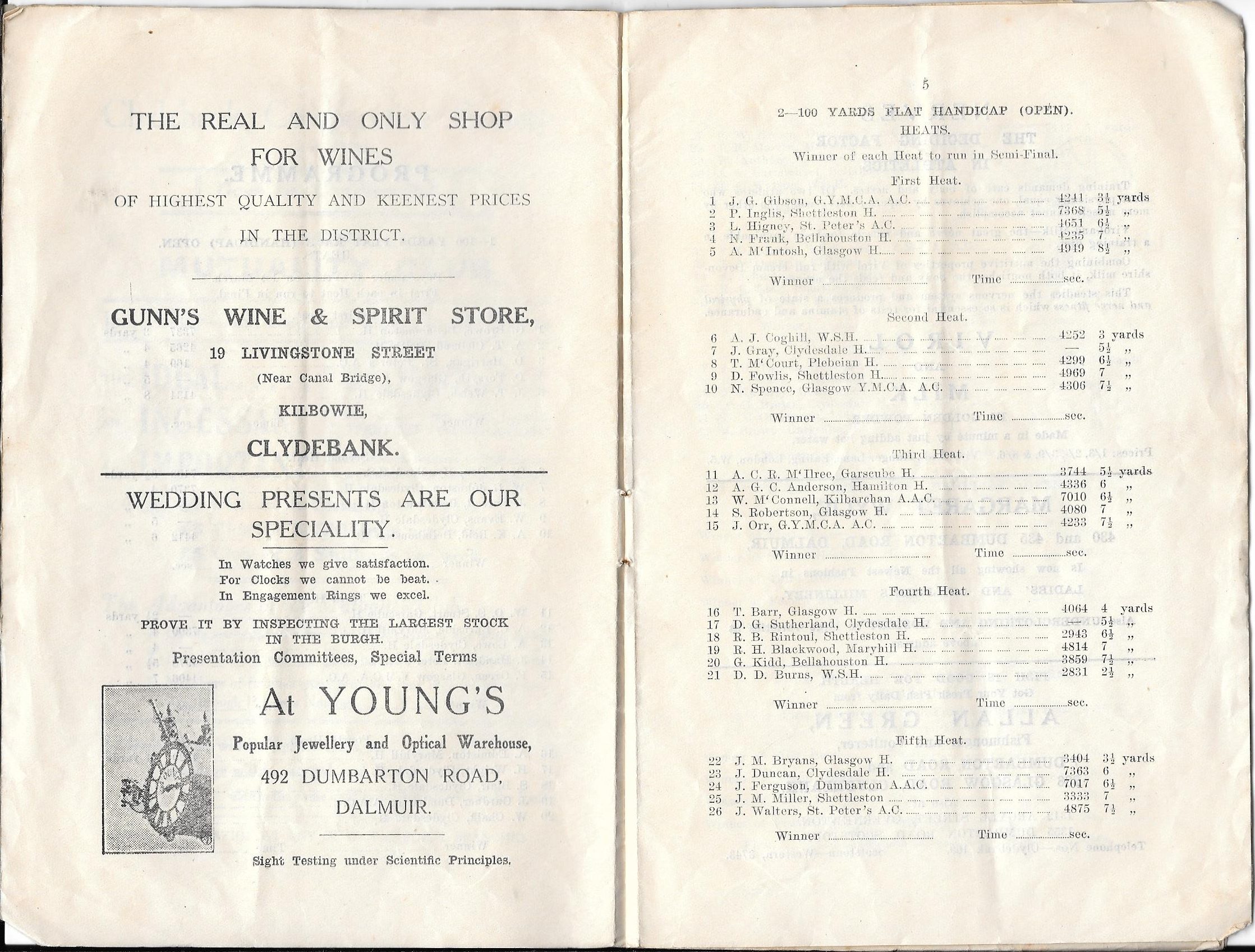 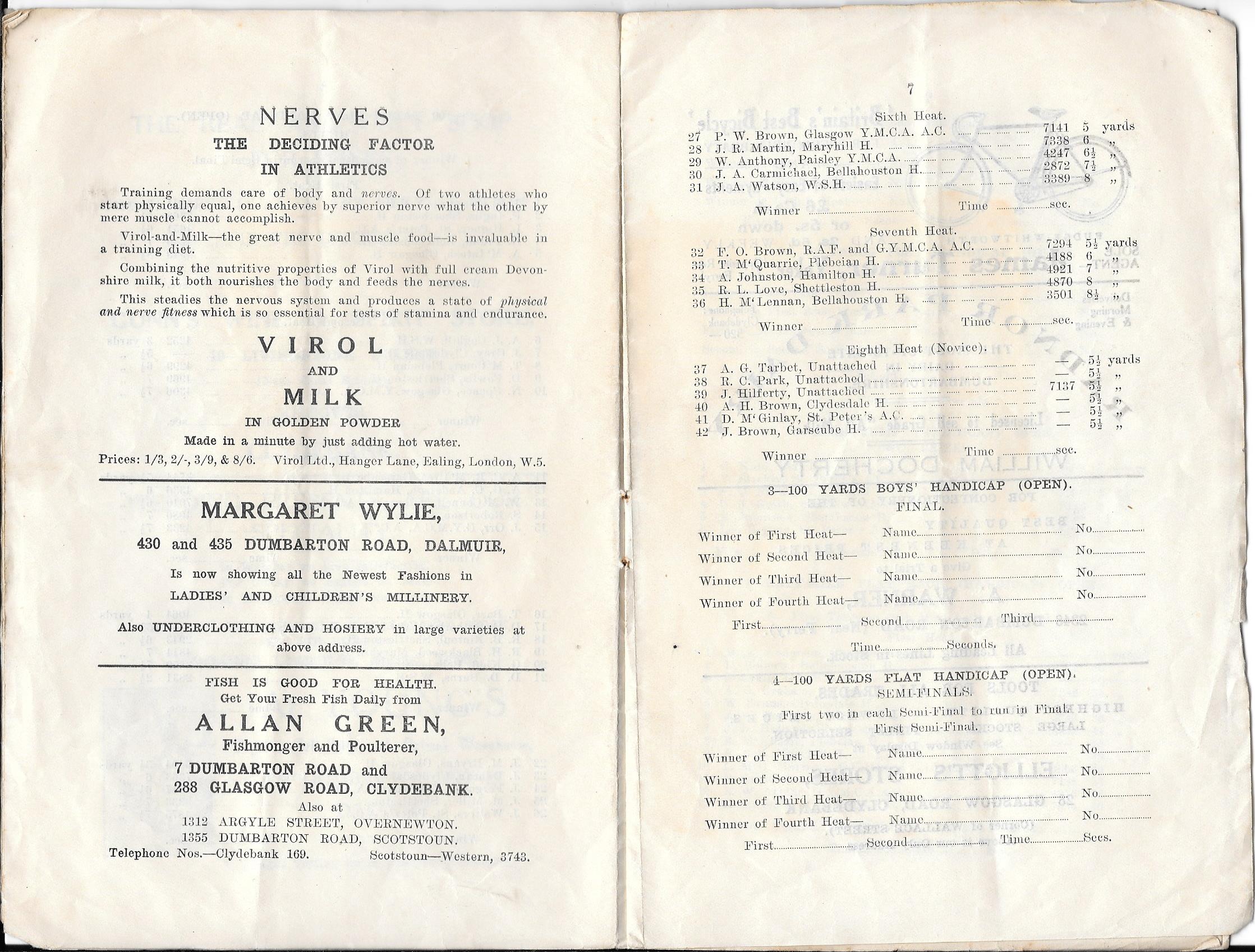 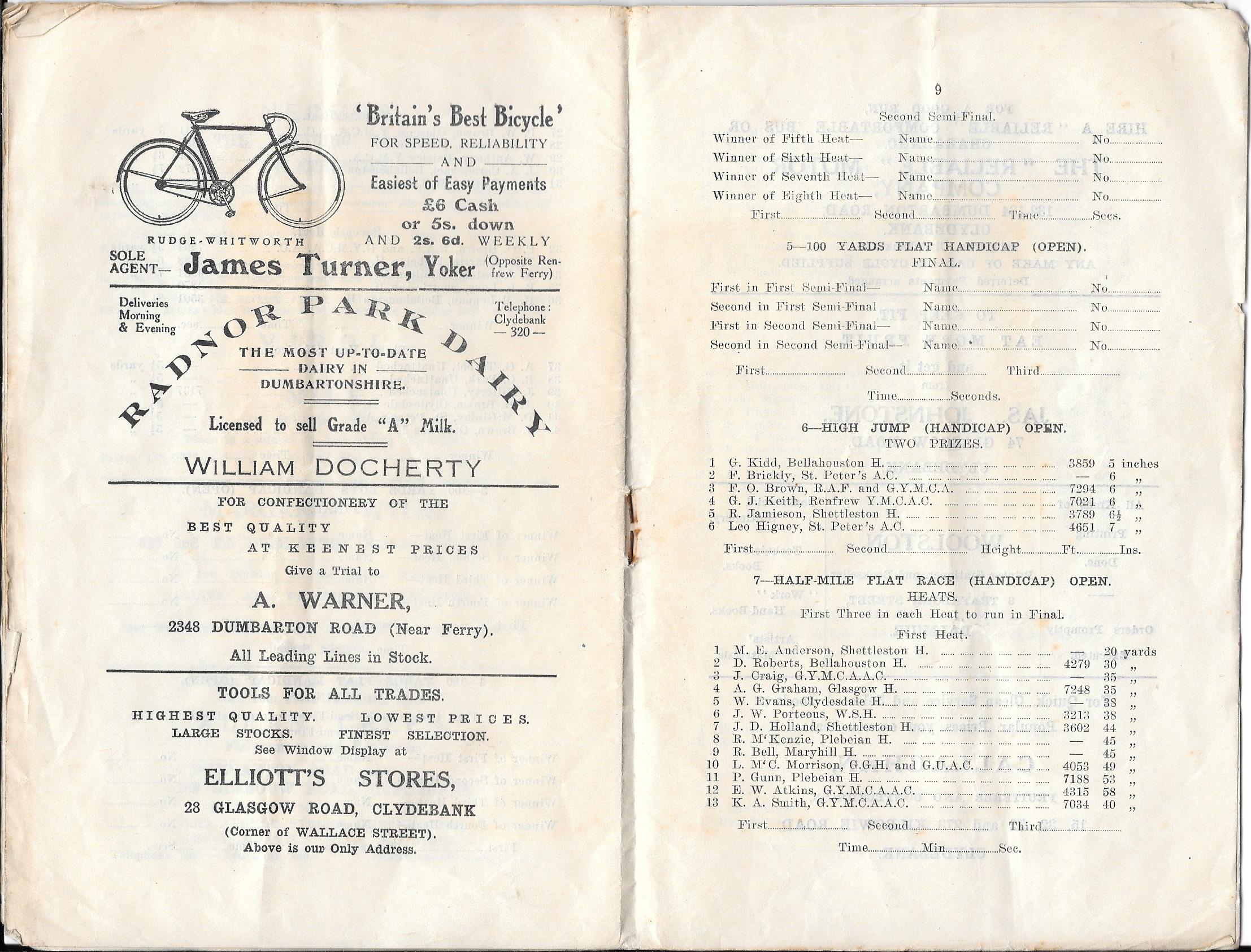 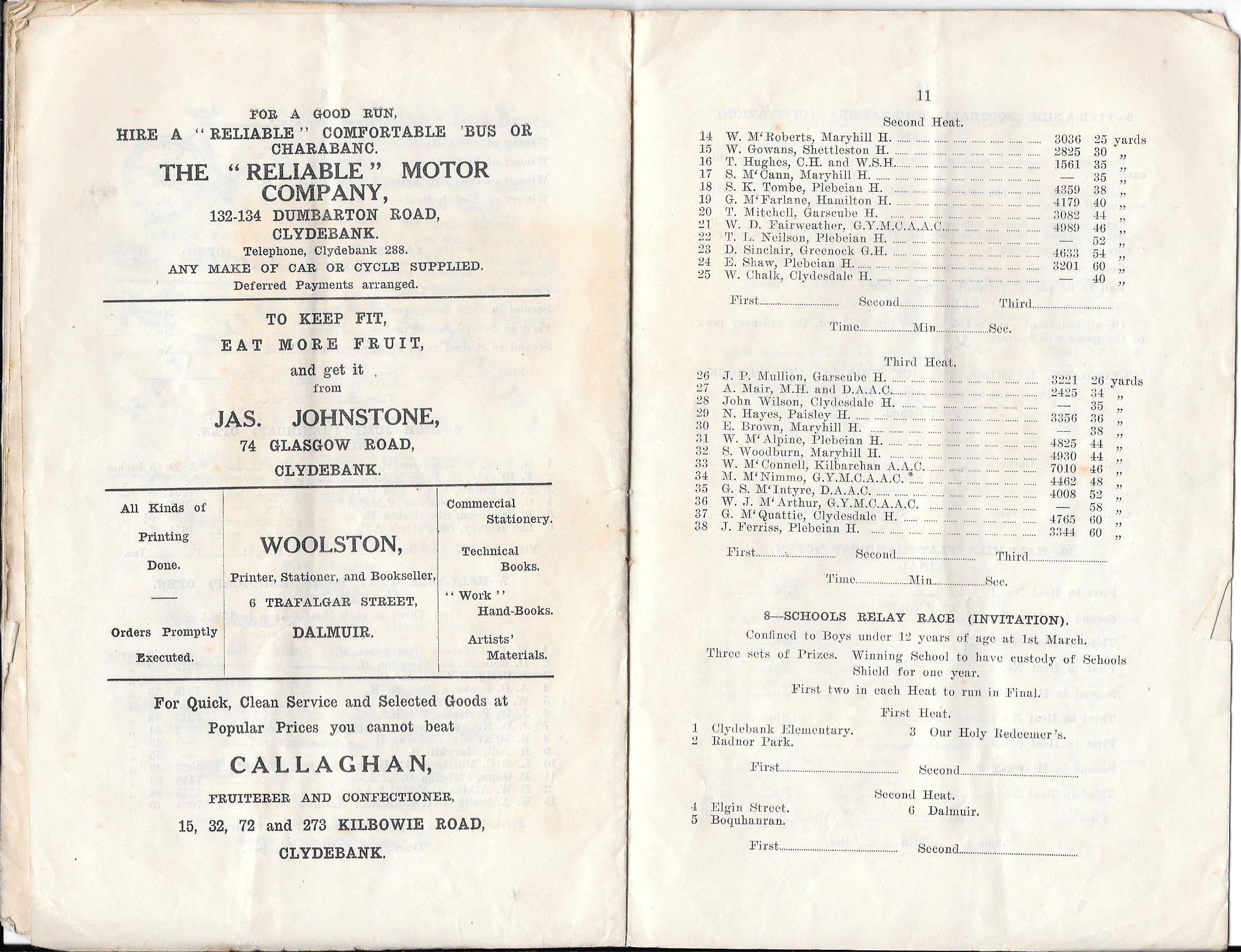 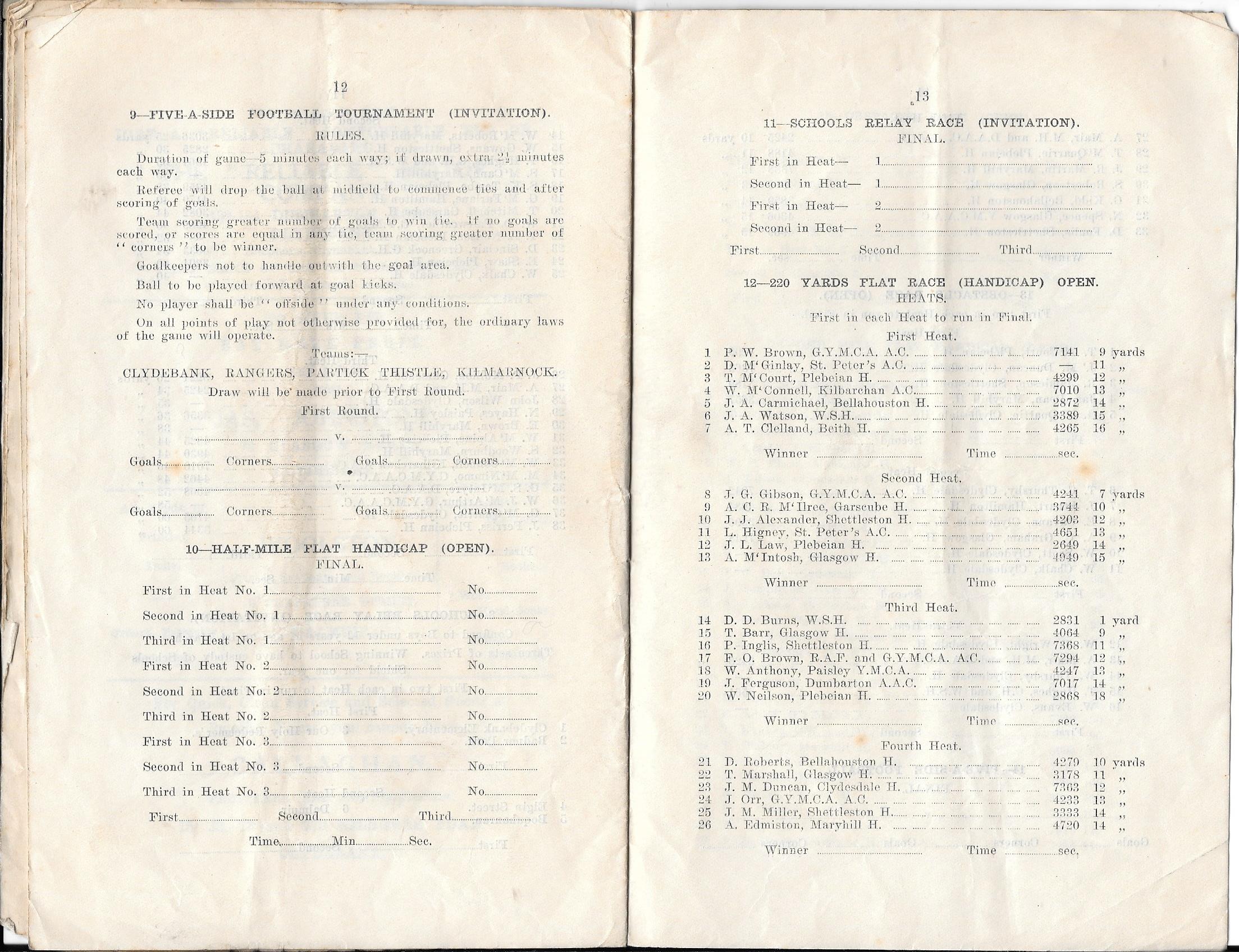 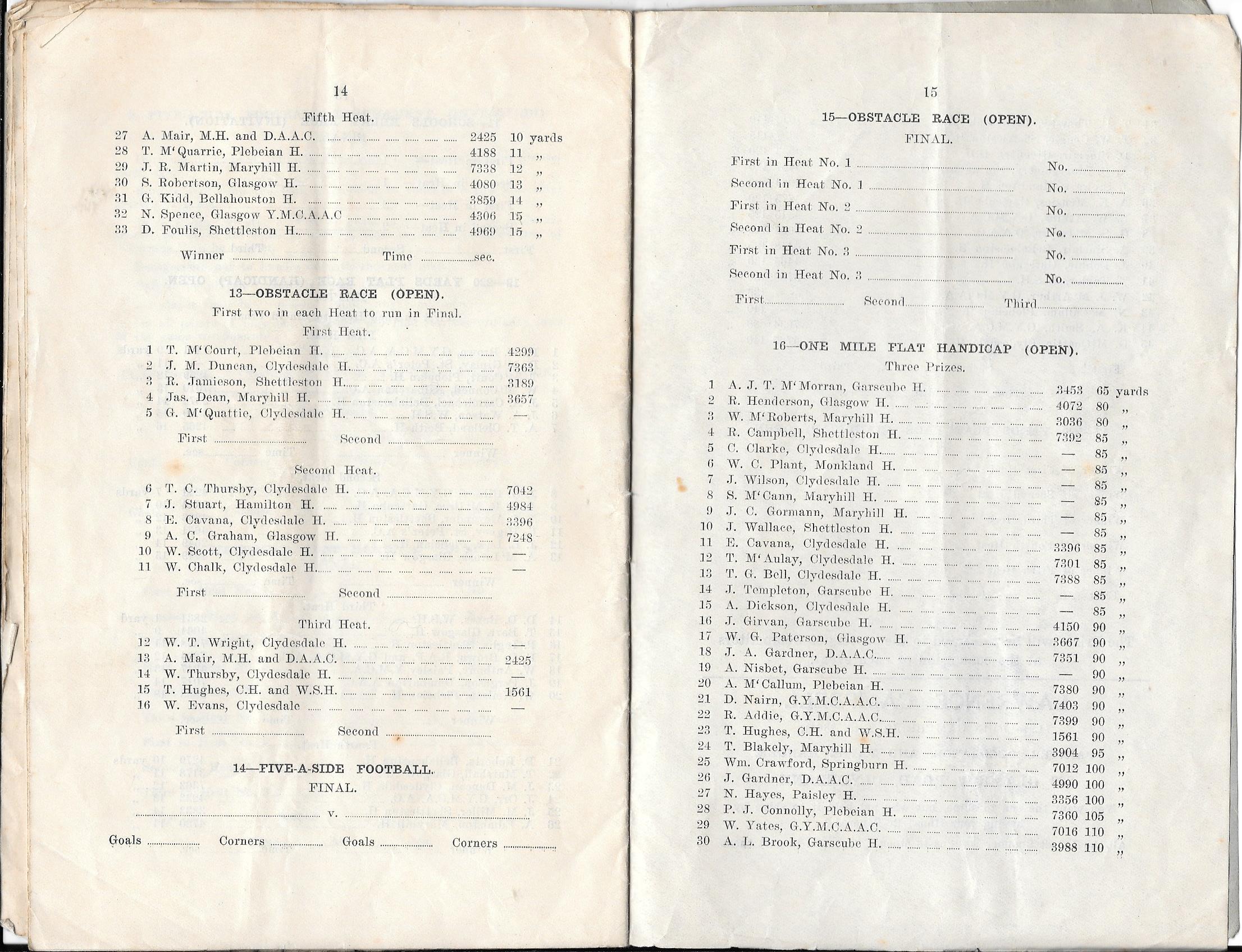 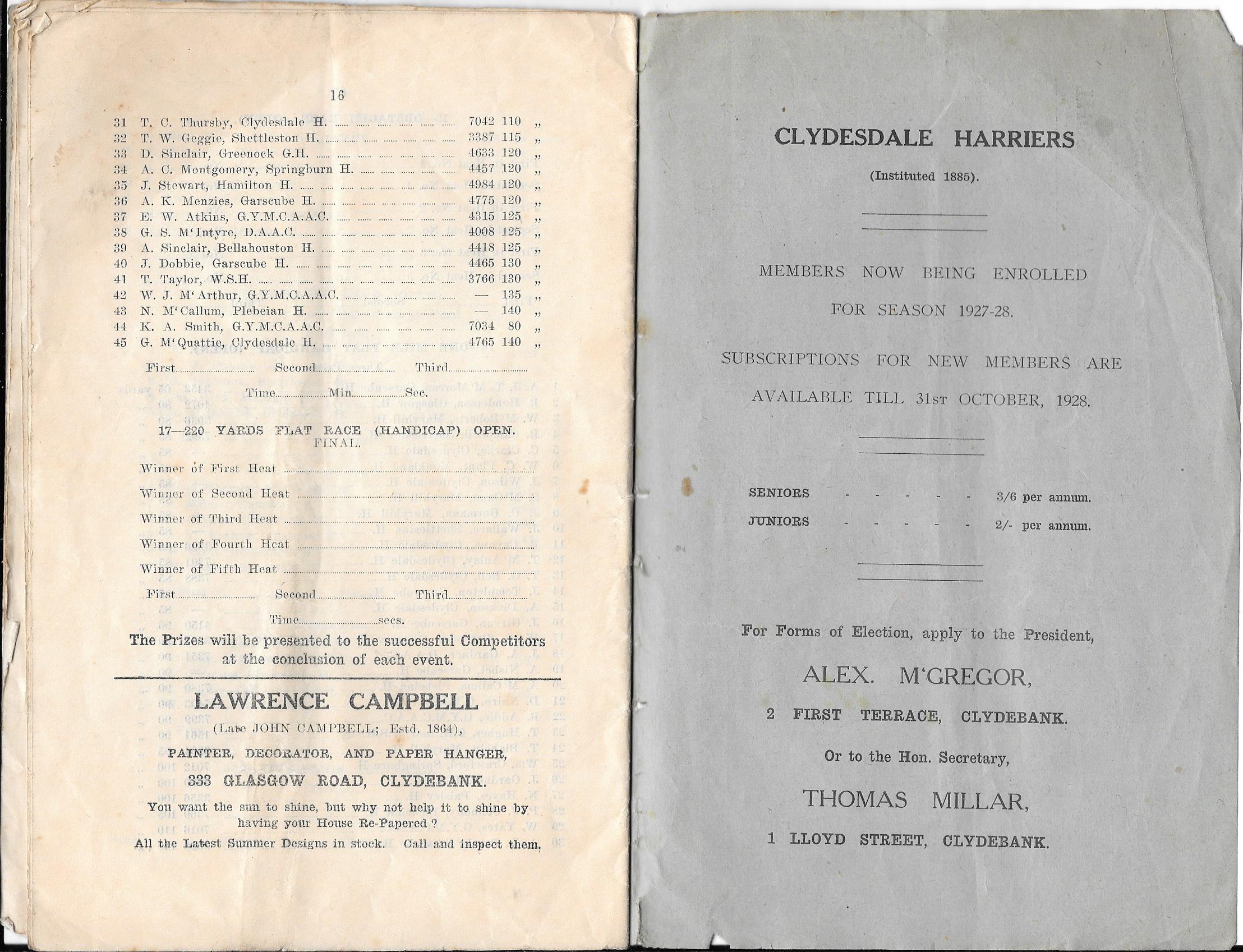 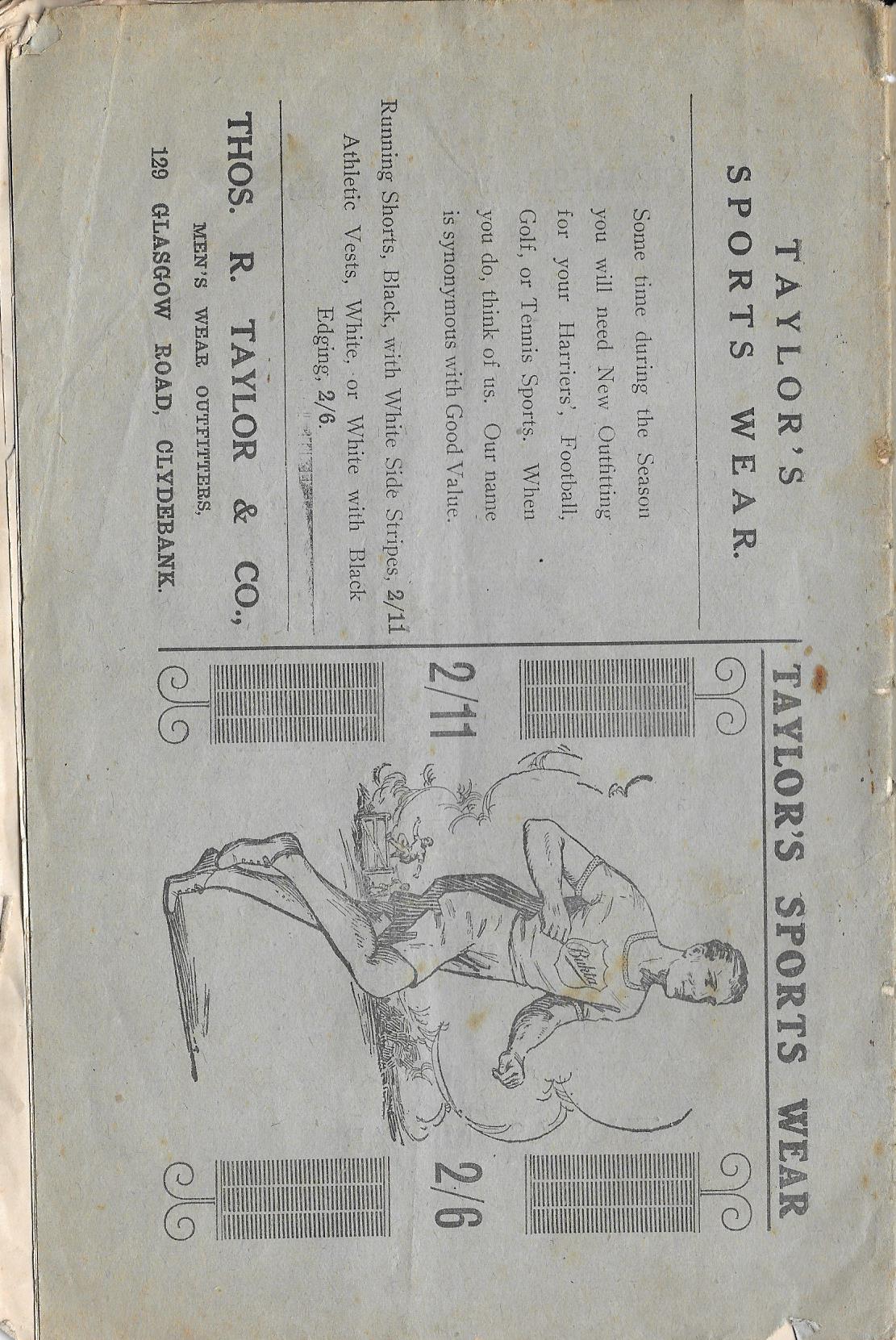