Celtic Sports ended in the late 1930’s simply because the football season started earlier than had been the practice and the earlier dates in the season were pretty well blocked in by established Sports such as Greenock Glenpark, Queen’s Park FC, the Rangers FC and so on.   This programme was sent by John Mackay and it shows how well the sports were doing when they were brought to an unfortunate end. 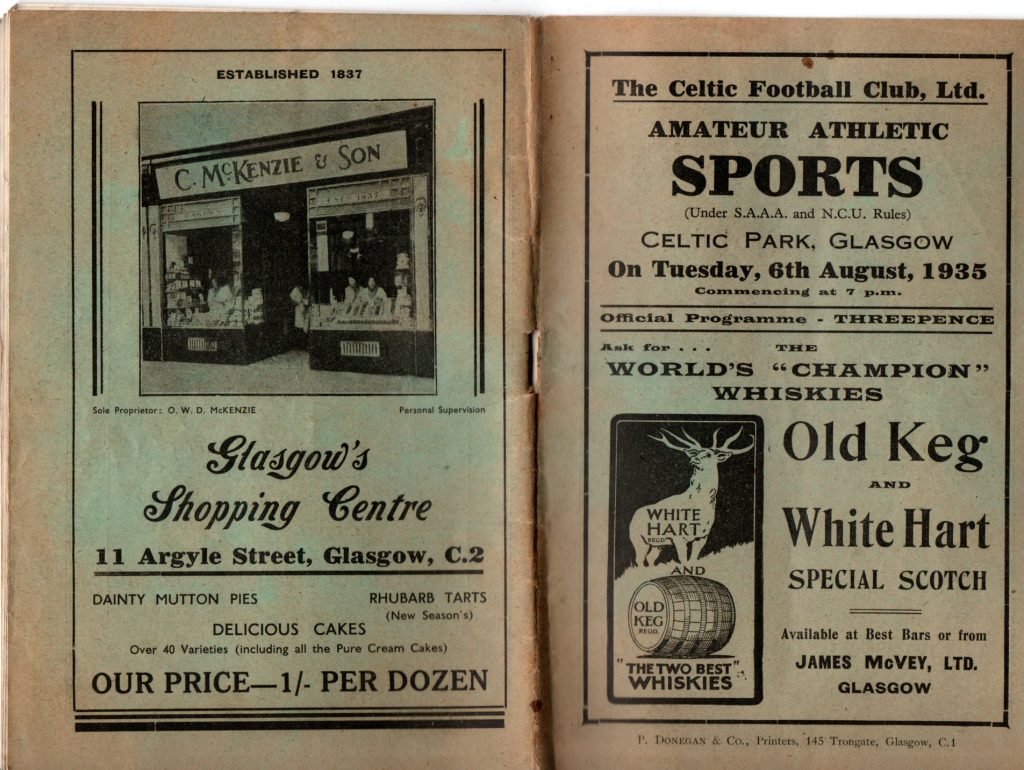 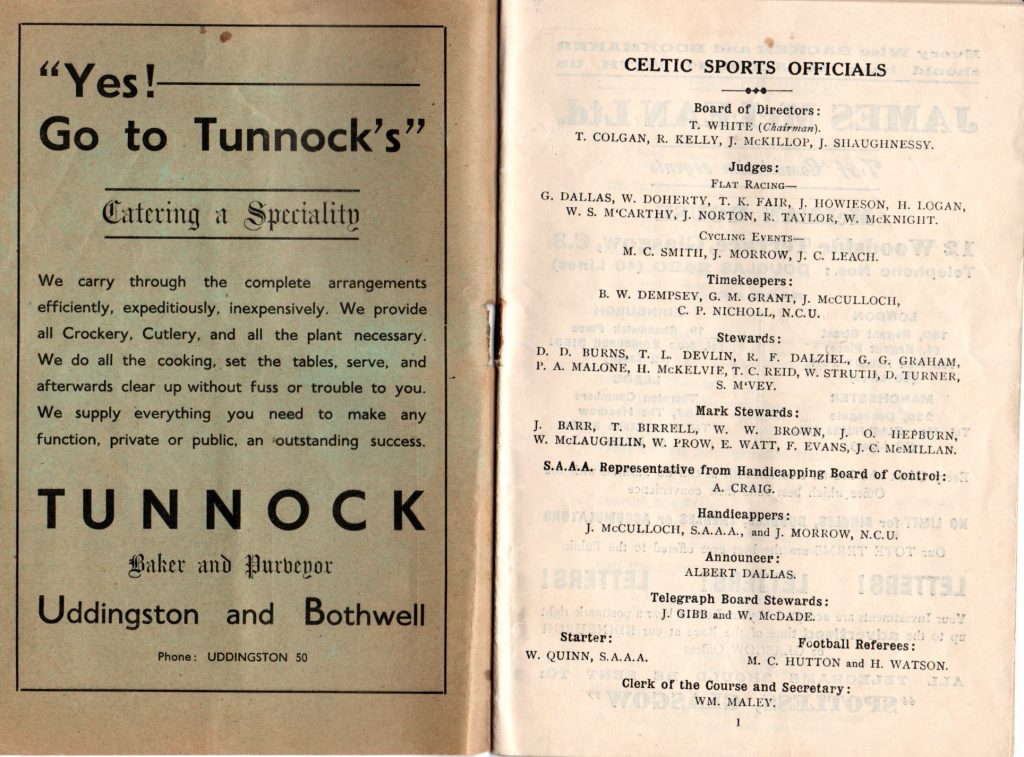 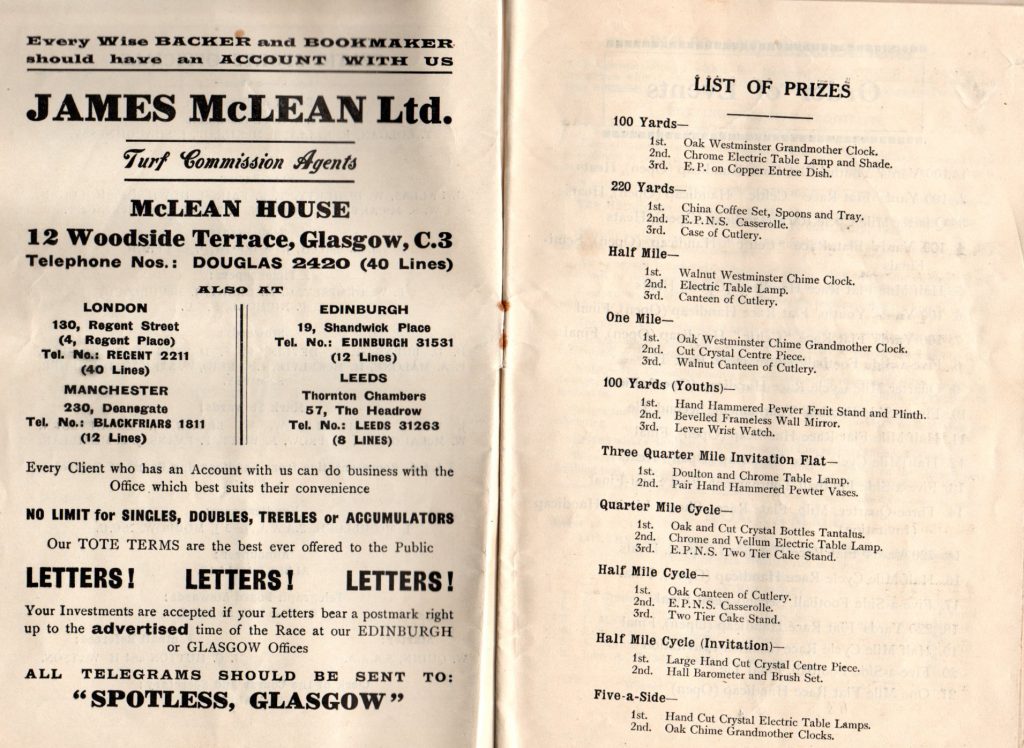 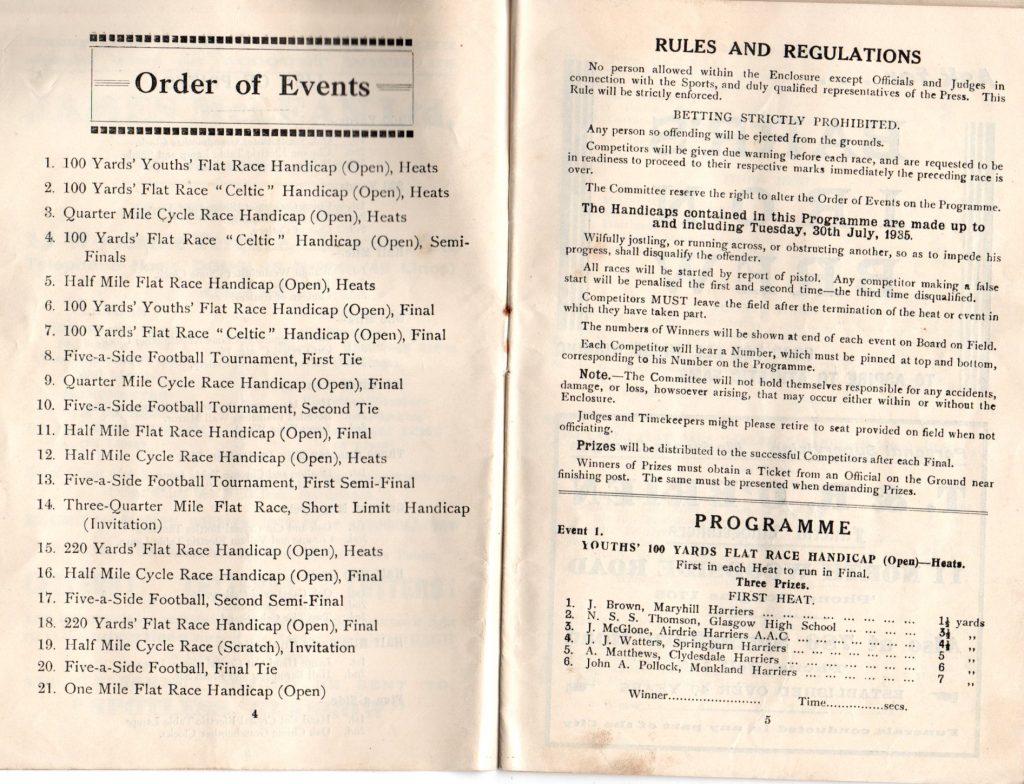 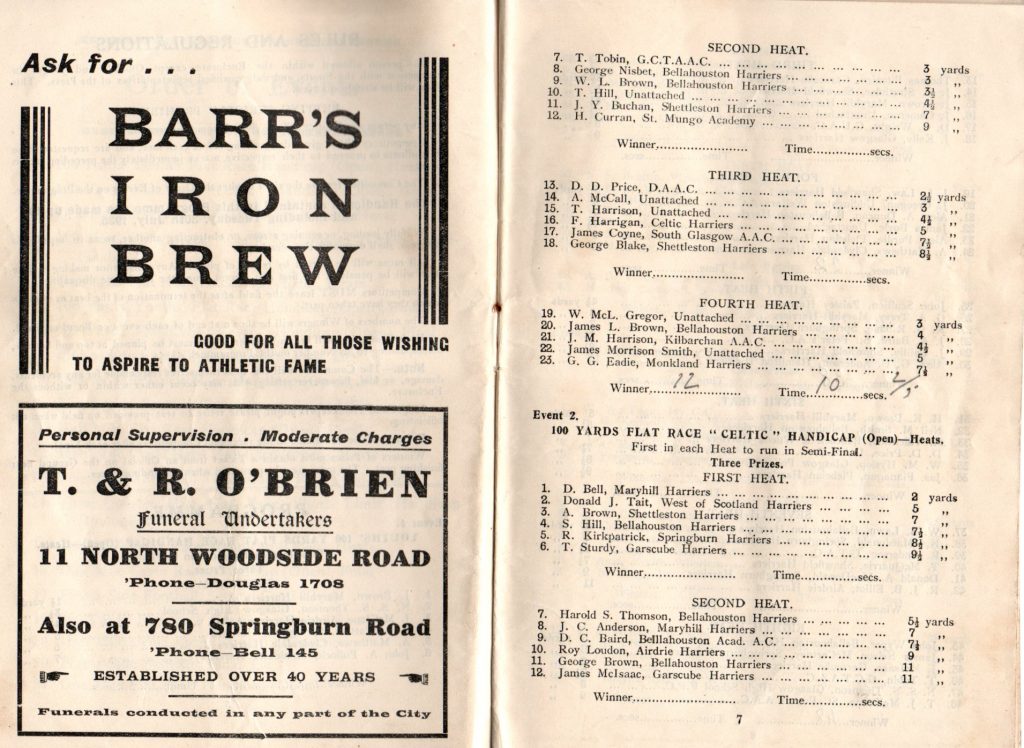 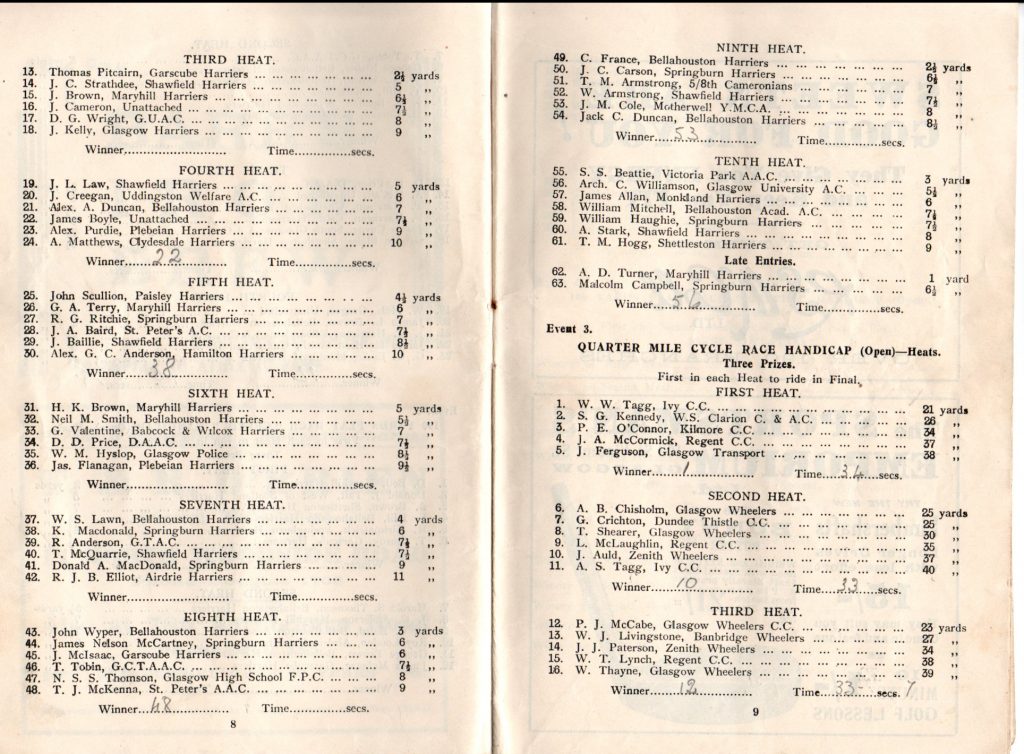 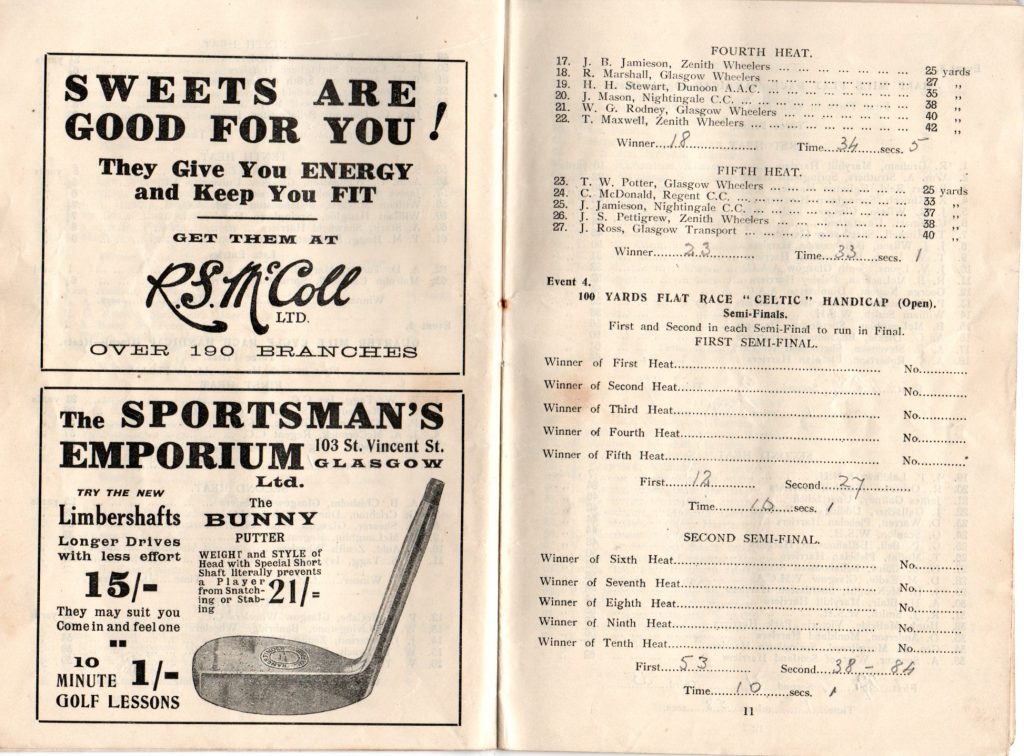 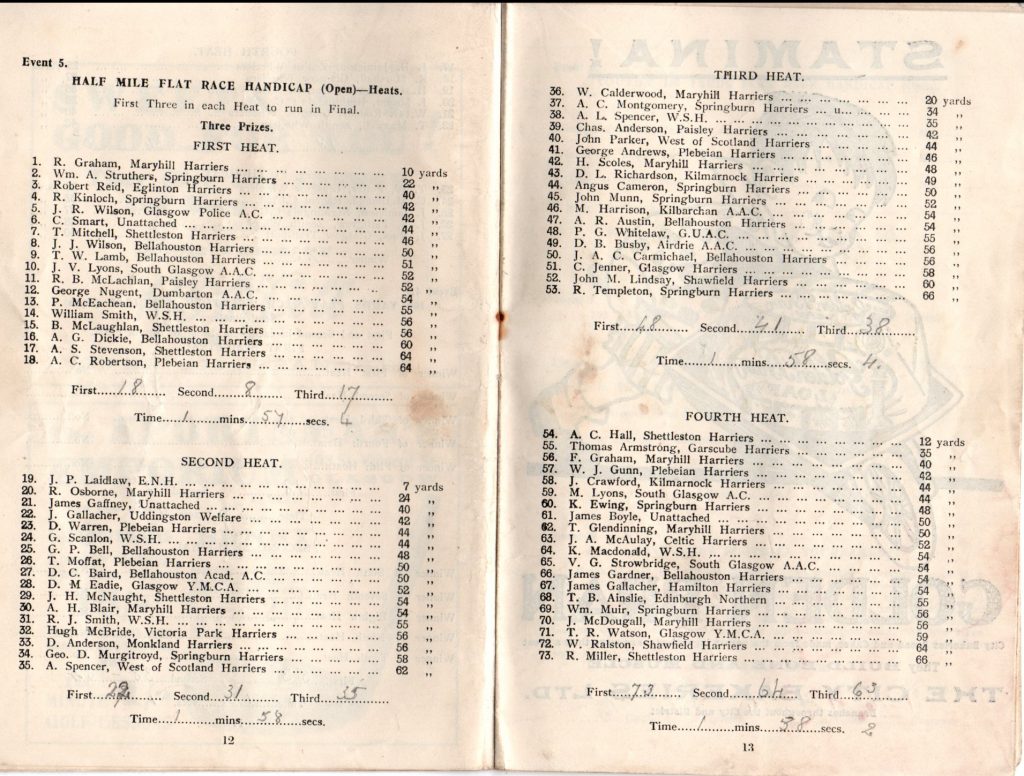 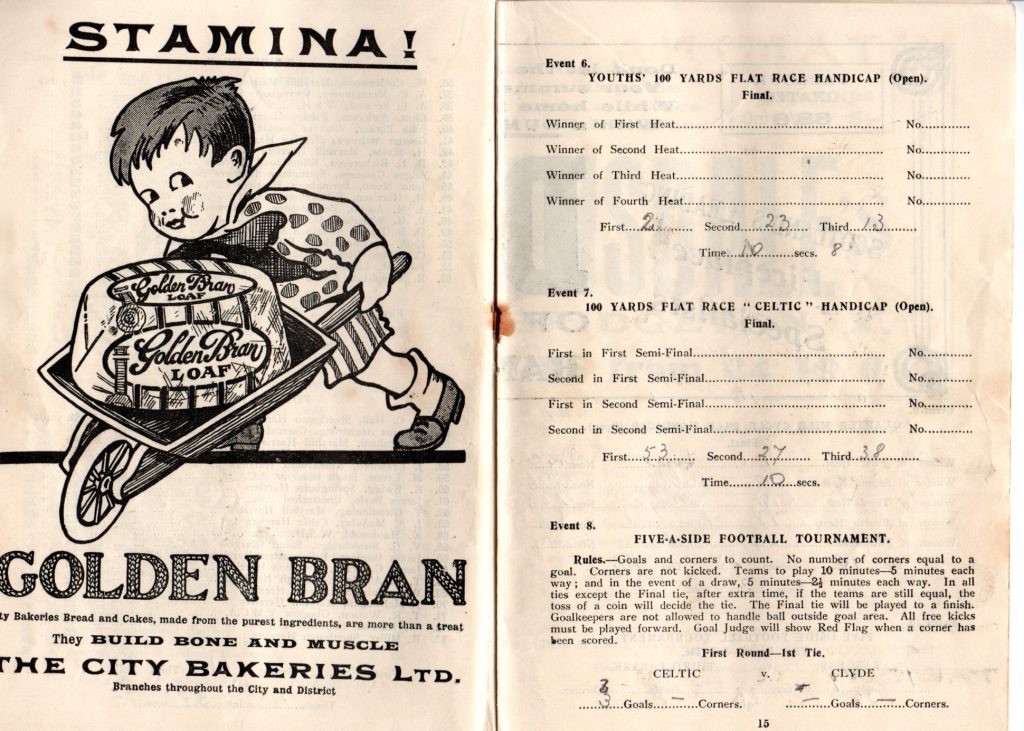 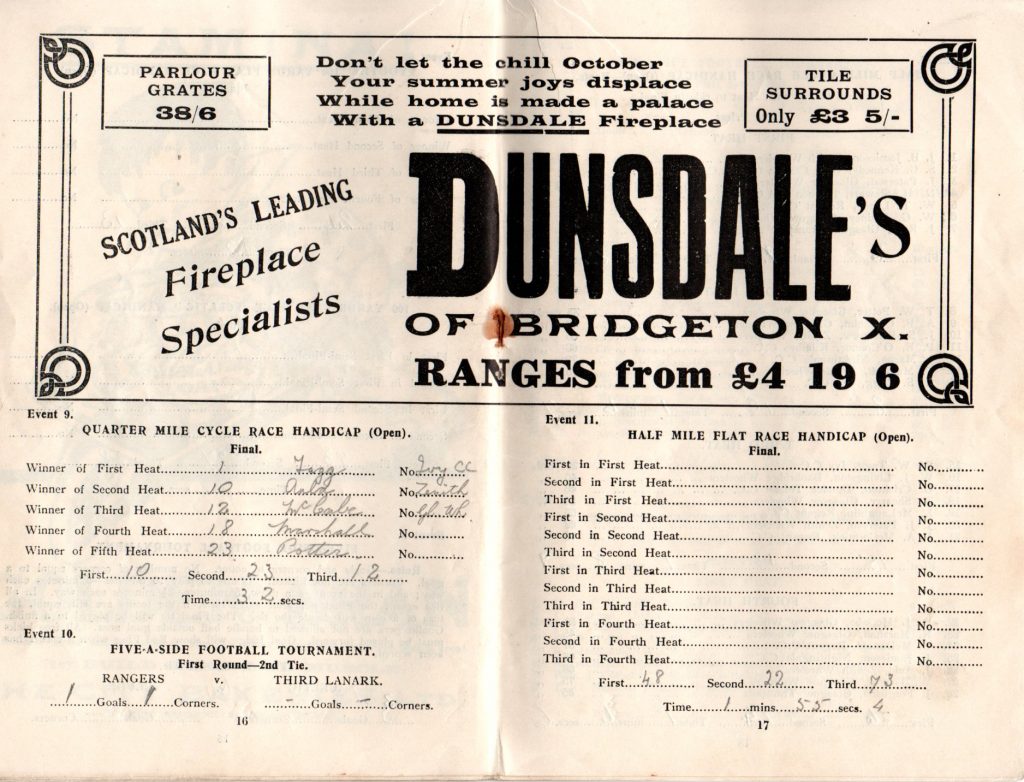 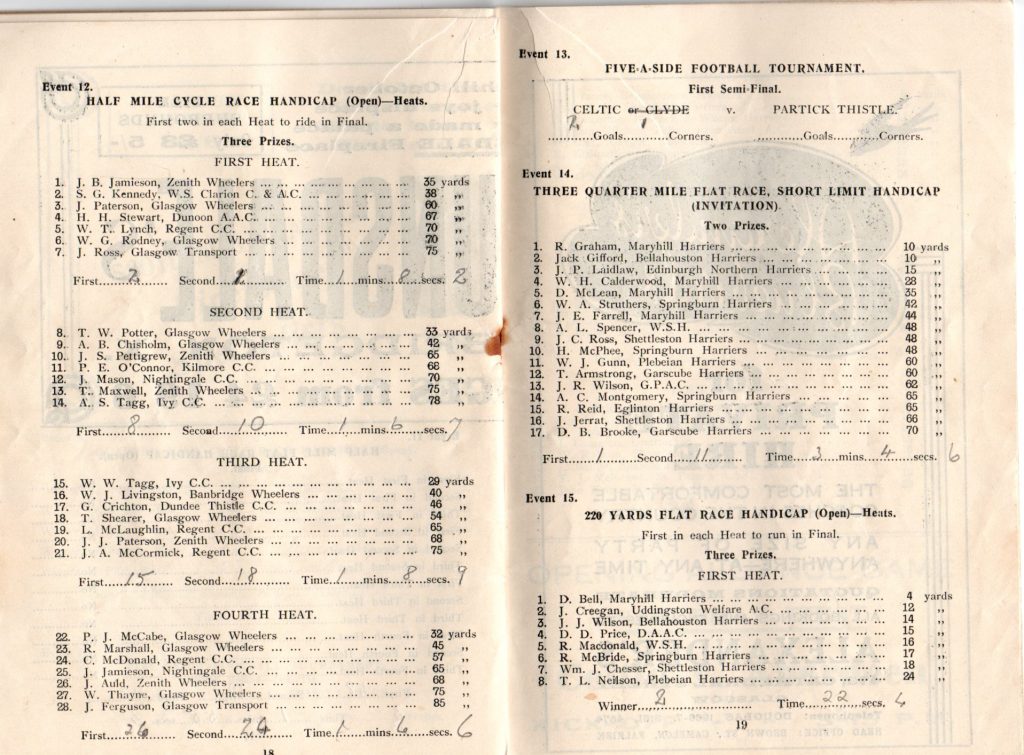 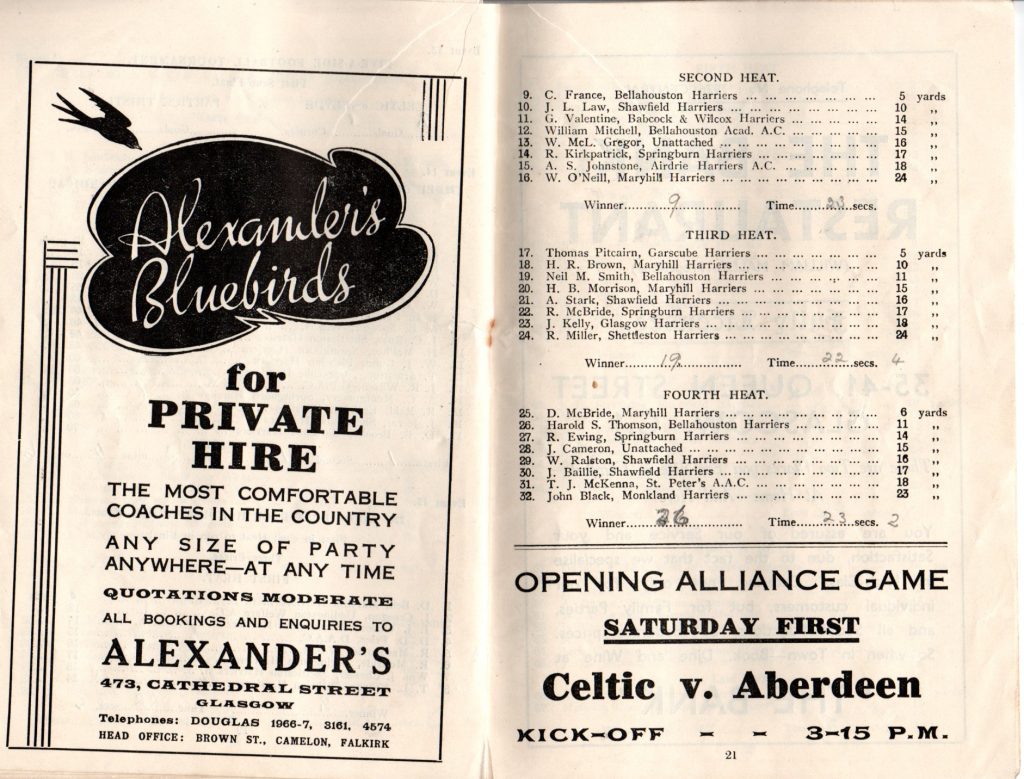 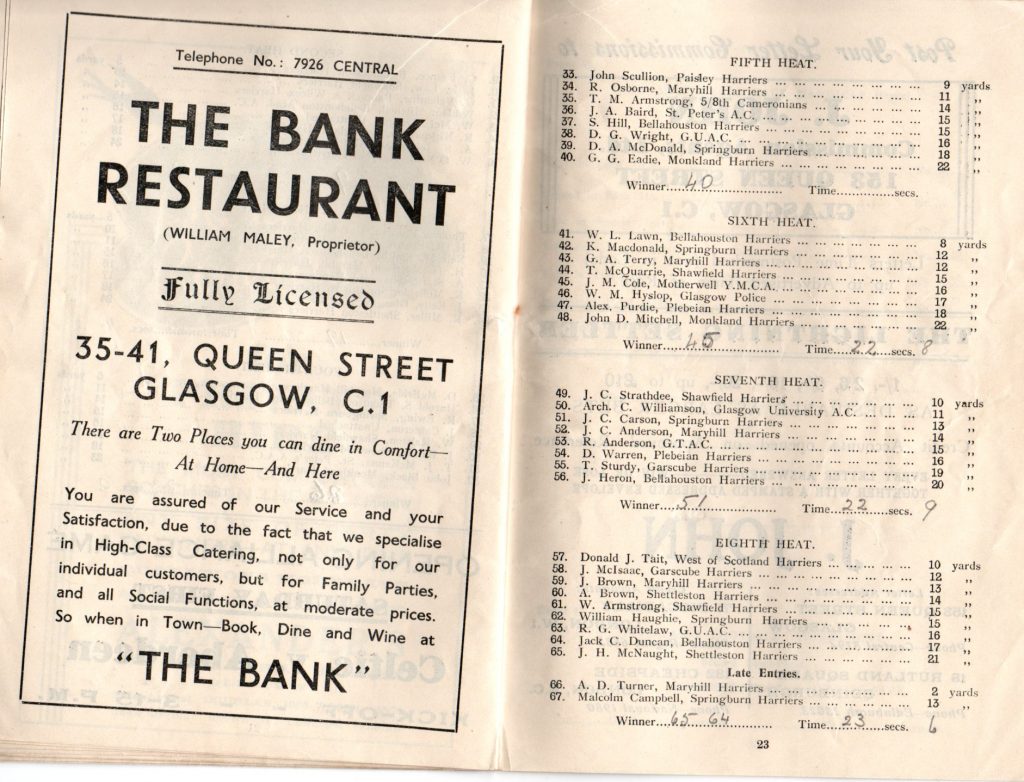 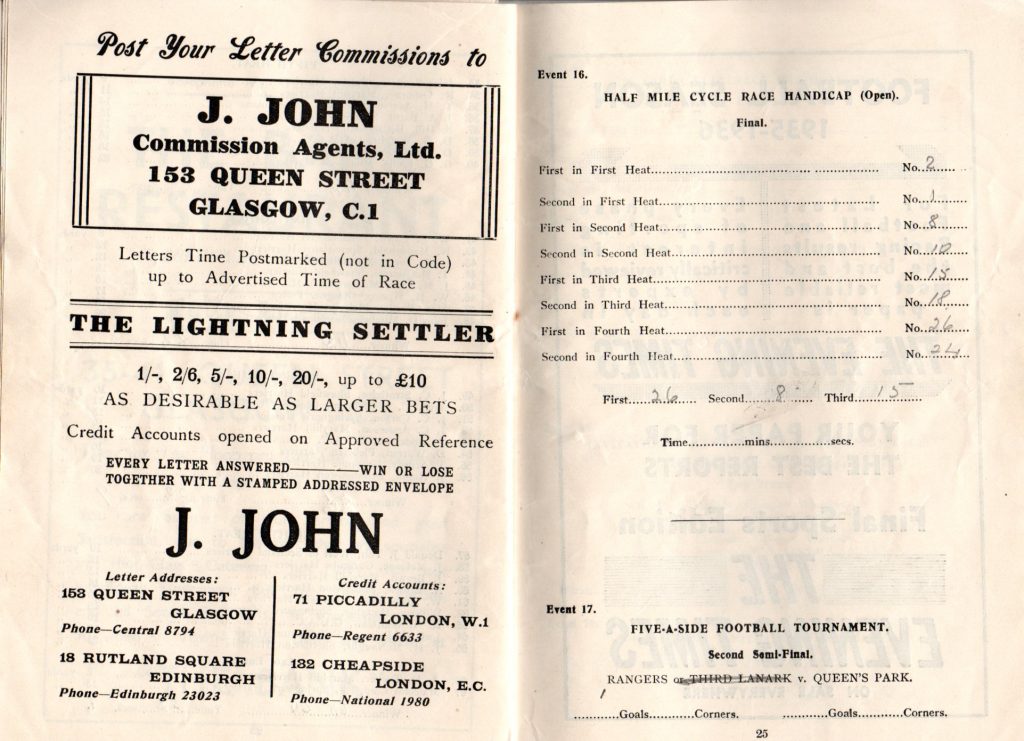 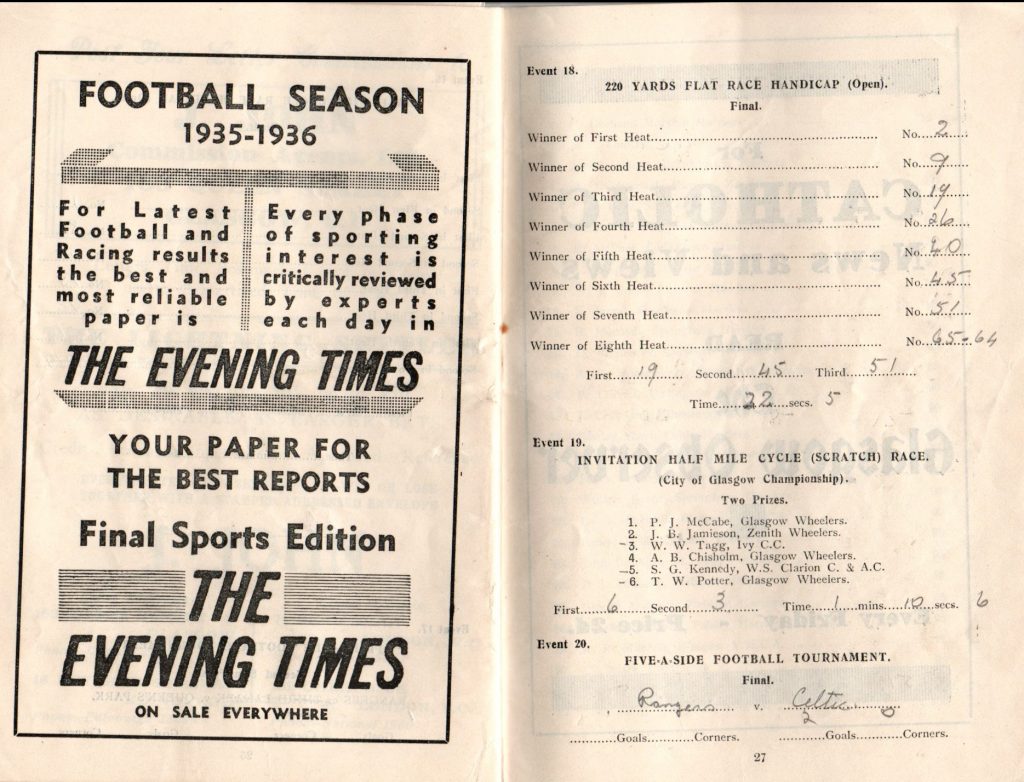 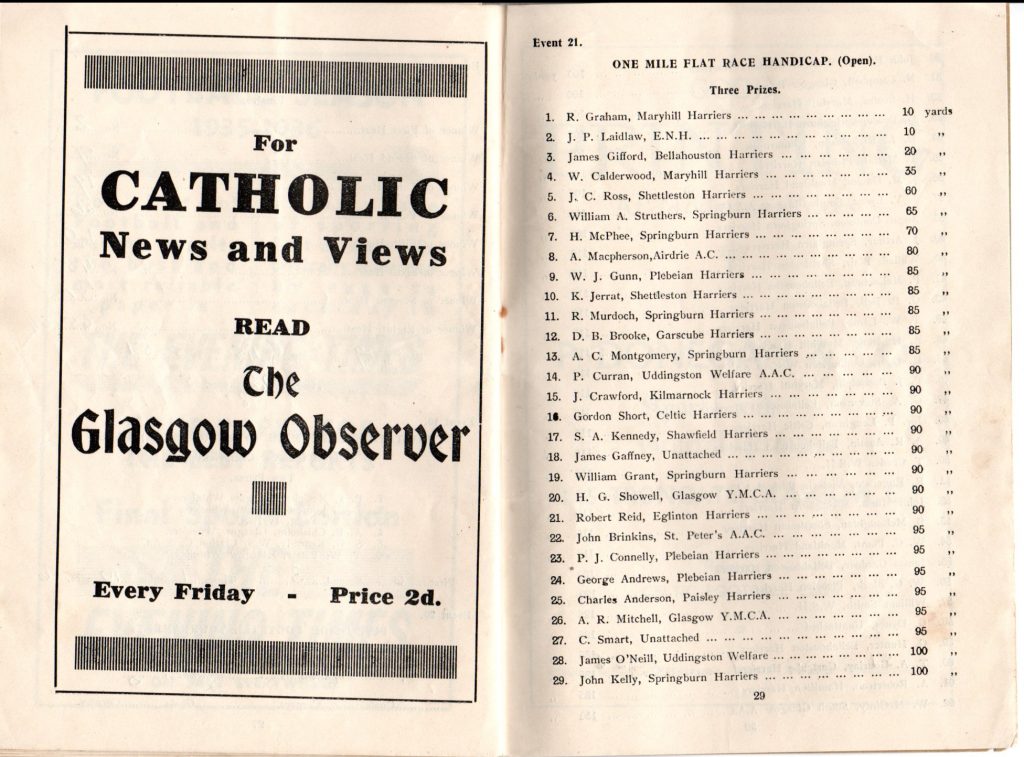 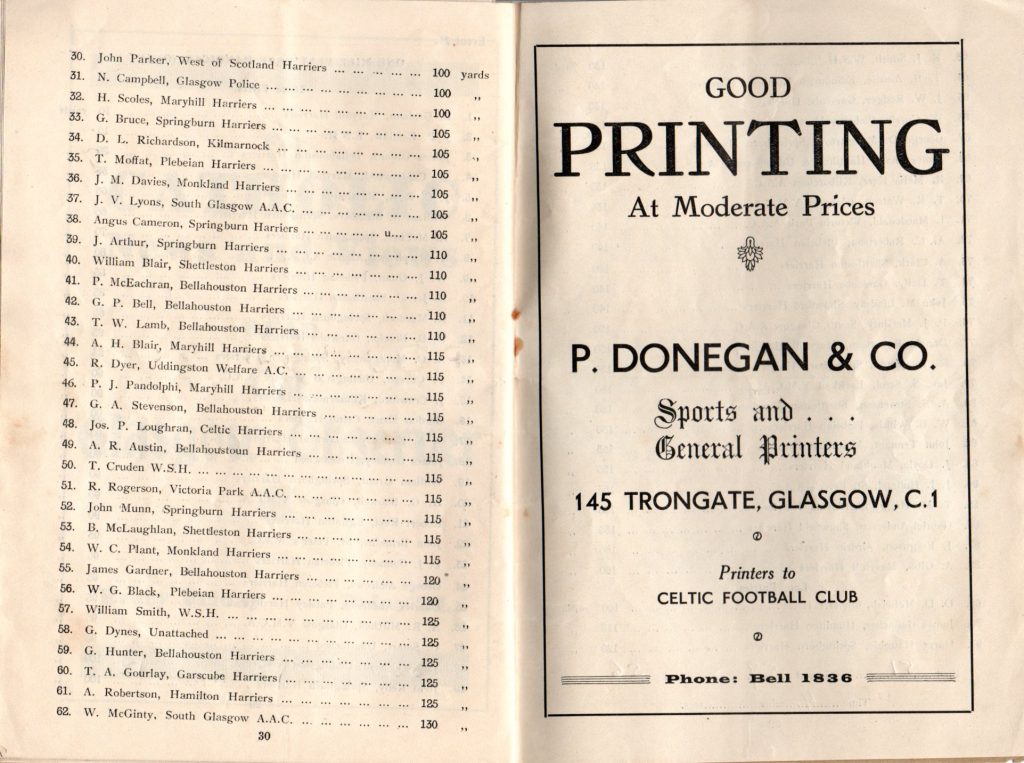 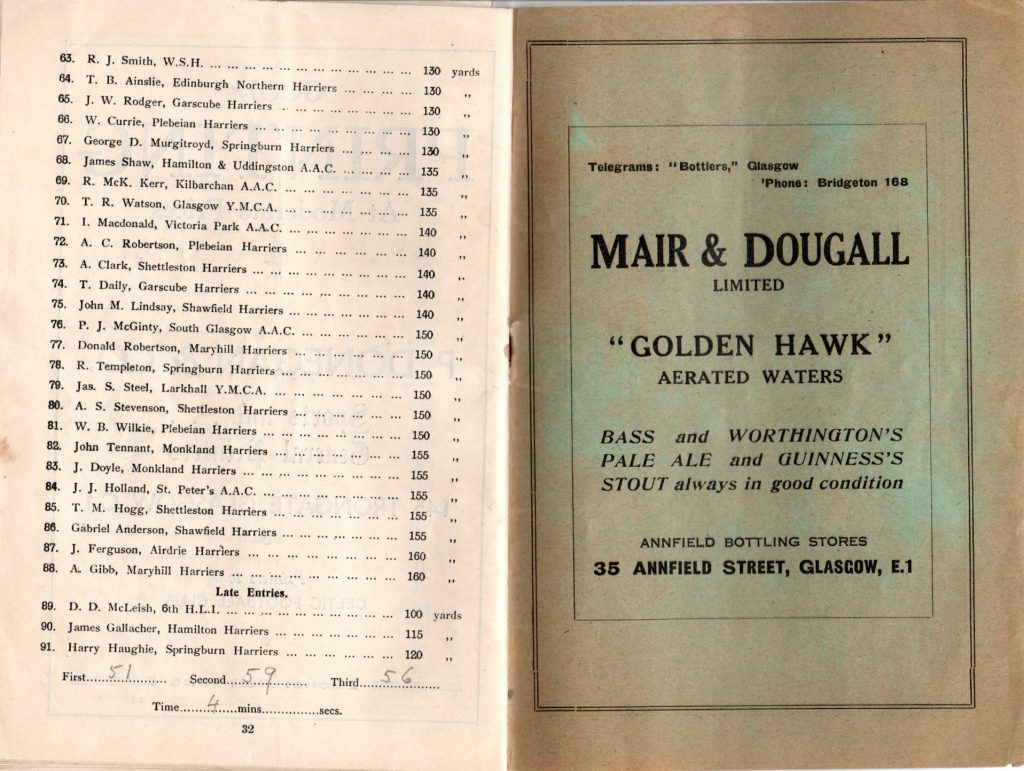