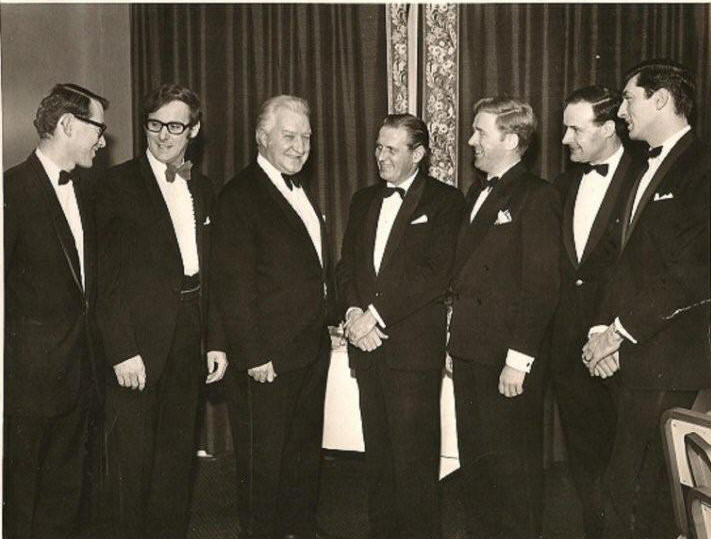 George Sinclair is one of the best – and at the same time one of the least known – coaches in the country.   He has worked with several of the very best athletes the country has produced.   As an announcer, his voice  has been heard and listened closely to by almost everyone in Scottish athletics: he was employed in that capacity at the Commonwealth Games.  He is however almost unknown outside Edinburgh

A pupil at George Heriot’s School all the way up from primary  to secondary level George competed for them as a sprinter and high jumper.    In 1971, his enthusiasm for the sport, led to him being one of the founders of the very successful Octavians Athletic Club. 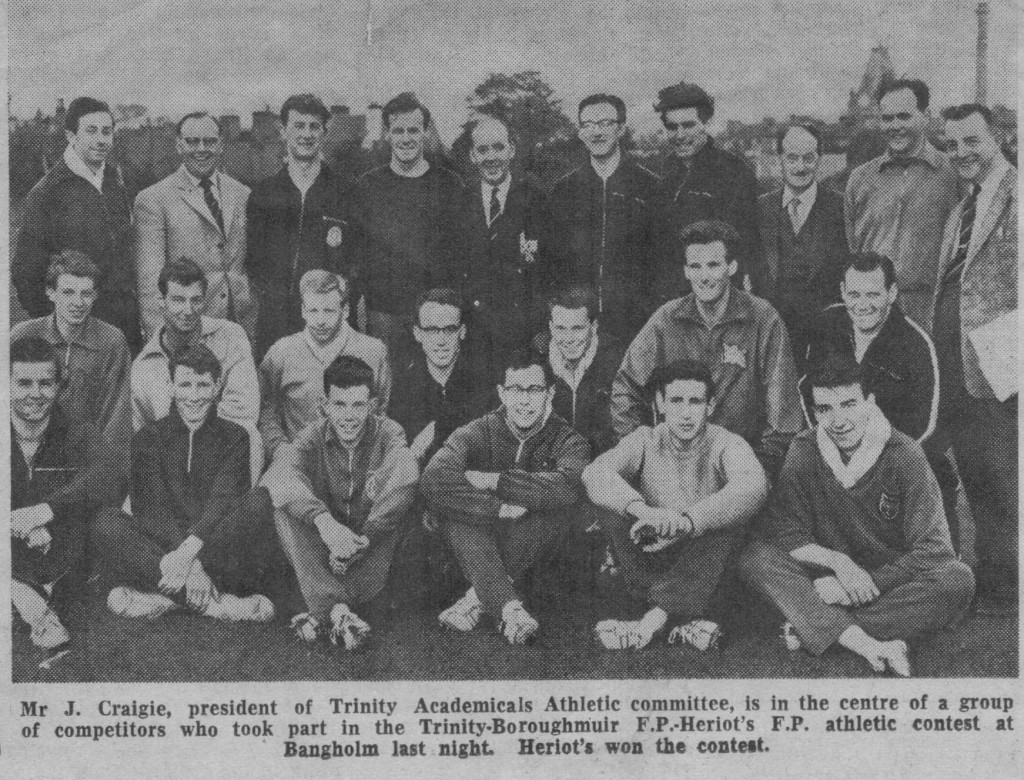 George is on the extreme right of the middle row

Octavians was formed in 1962 and was an amalgamation of eight of the Edinburgh fee paying’ schools, former pupils athletic clubs.    Due to falling numbers and a consequent drop in standards, representatives of George Heriot’s School , Royal High School , Daniel Stewart’s College, Trinity Academy , George Watson’s College, Edinburgh Academy, Boroughmuir High Schoo and Melville College met and the club was formed.   George was the club president.  Members were to include two Olympians (David Stevenson and David Jenkins), Commonwealth Games athletes (add John Jones and Ian Grant), GB internationalists (add Bob Hay, Adrian Weatherhead, Gordon Rule and Frank Dick) and many Scottish internationalists.   There is a comprehensive list of members at their website (address below).

Octavians produced, or developed, many quite outstanding athletes.   Robin Morris, a pupil at George Watson’s,  was one of the early members of the club, running for Octavians before he left school in 1967 in the Scottish National League at the new track at Grangemouth as well as turning out in Trophy Meetings for the club.   George ran the Post Office at Goldenacre and coached many internationalists from the Edinburgh Southern Harriers club at Saughton and Fernieside as well as advising many young members.     Robin also tells us that the club moved to start training at New Meadowbank before the stadium was officially opened in 1970 but two of his biggest memories of Octavians were  winning the Land of Burns Trophy at Dam Park in 1969 and the formal winding up dinner at the Balmoral Hotel ! 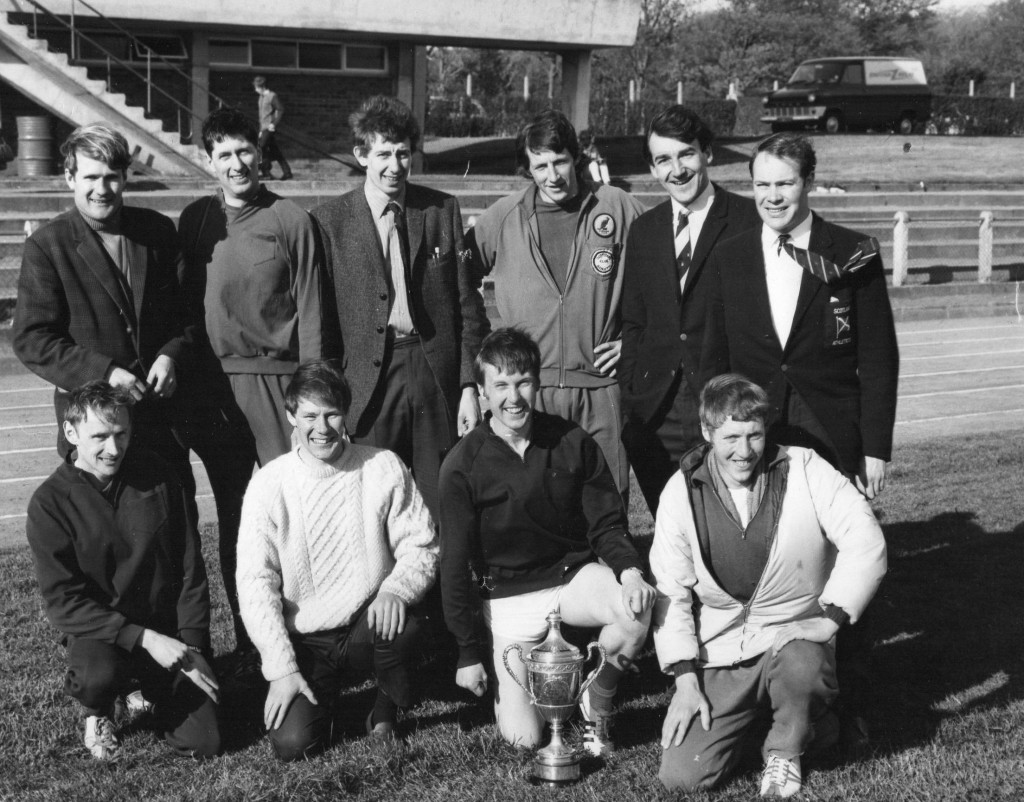 Distinguished international middle and long distance runner Adrian Weatherhead says that George was the first coach to give him advice when he joined Octavians in 1963.   Adrian goes on to say that George also coached Tony Hogarth and Tommy Tait:

*  Adrian was a sub four miler, GB and Scotland international runner indoors and out, on the track and over the country;

and of course there were others.

George’s athletes contributed strongly to these performances – Hogarth was the stand out of course topping the all-time lists, winning the SAAA Championships, almost monopolising the ranking lists, Tommy Tait was ranked in 100m, 200m, 400m, and ran in both relays.

With the standard within the club so high, why did the club fold up only two years later?   The Octavians AC website is at www.octaviansac.co.uk and it tells us that –

“The Club became a victim of its own success, as the team was principally made up of District and National Champions and both Scottish and G.B. Internationals, as a result youngsters found that they could not get into the team; so they went elsewhere.   The Club folded in 1971 then, after providing two trophies – one in the form of a baton for the Octavian Relays  at Grangemouth, the other a Sword to be awarded annually at the Carnethy Hill Race meeting ( won by club member Robin Morris)”

The photograph at the top of the page was taken at  the wind-up Dinner on 16th December 1971 at the Balmoral Hotel, Edinburgh.   Members of the club then went in the main to one or other of the two big clubs in the capital, with George joining up with Edinburgh Southern Harriers. 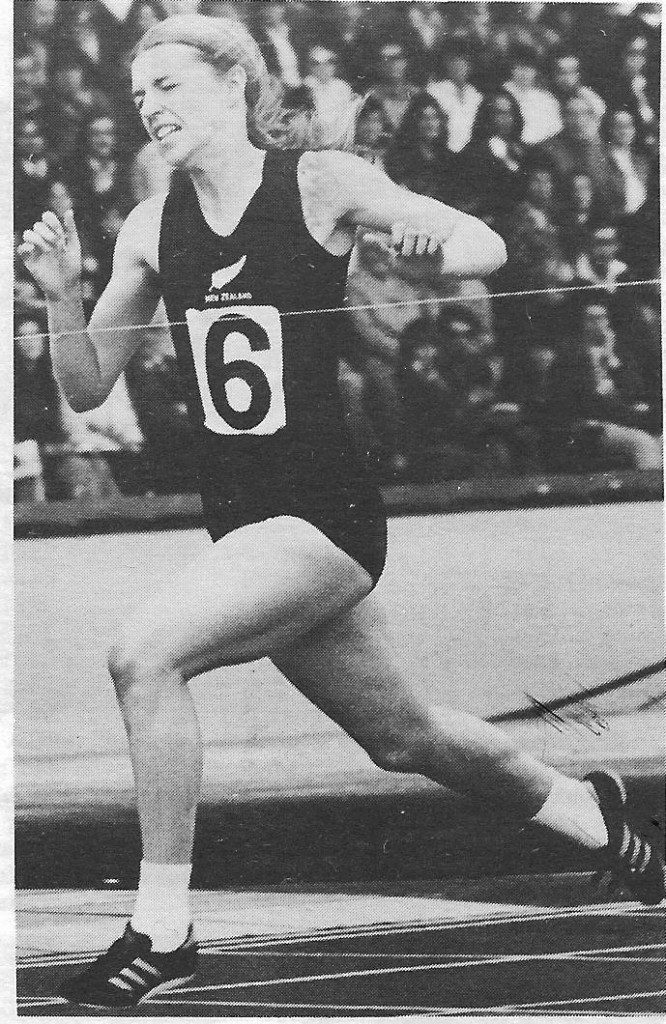 Edinburgh had many athletic clubs at this point but two big ones: the newer Edinburgh AC (established in 1962) challenging the dominant Edinburgh Southern Harriers which was one of the very best Scottish clubs.  When Octavians went out of business their funds went to Edinburgh AC and their name was perpetuated in the very successful but now defunct Octavian Relays Meeting run by EAC.

George continued to coach athletes very successfully and one of the very best was Helen Golden, British and Scottish sprinter of very high quality indeed right from the very start as a girl running for ESH in 1965 until she retired from sprinting  in 1980.   The range of George’s coaching talents has already been indicated – sprints, hurdles, middle distance, long and triple jumps have all been mentioned already and another top class athlete who came under his influence was Anne Purvis. 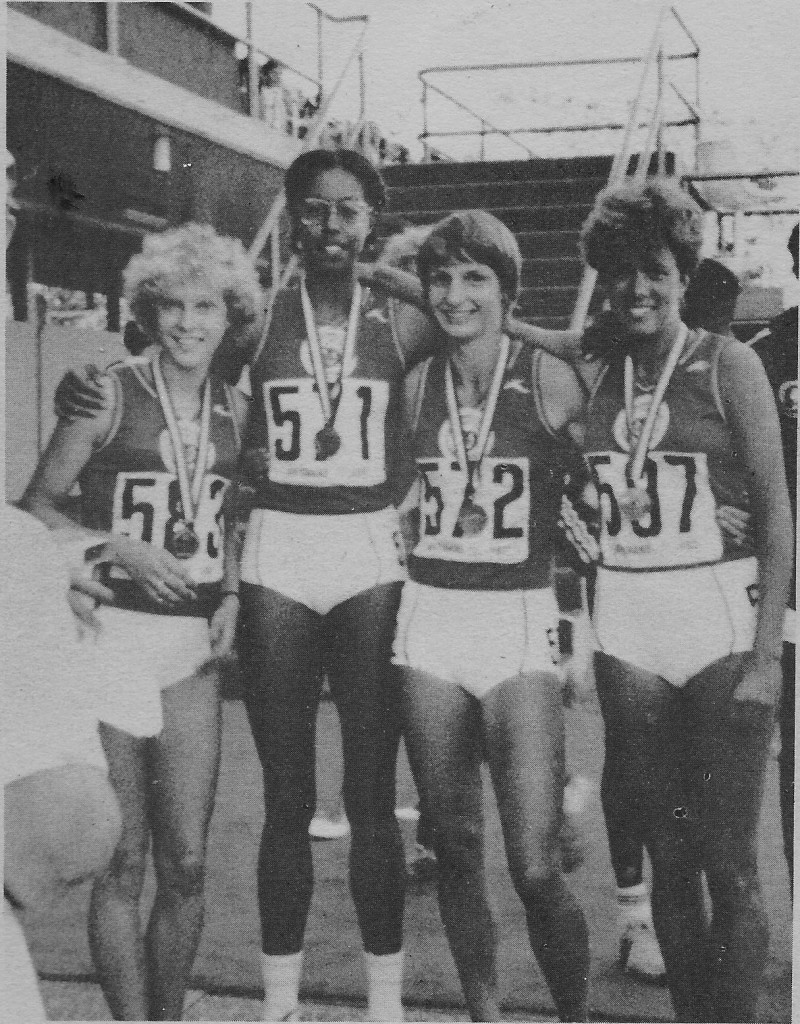 She says, “I started training with George when I was 14 in 1973.  He was then Head Coach of Edinburgh Southern Harriers.   He coached a number of athletes from sprints to Middle Distance.   The athletes I trained with then were Helen Golden, Mary Munroe, Annie Littlejohn, Elaine Douglas and Fiona Macaulay.

George did not believe in over-training young athletes, so I only trained at a maximum of 3 times a week which gradually increased over the years eventually 6 days a week often twice a day. His training was always specifically targeted for competition either club, championships or international.   George was always keen to learn as a coach and apply new ideas to your training.   He always attended the Coaches Conventions organised by Frank Dick and would listen to other coaches.

He was also happy for you to train with other coaches as he arranged training sessions for me with Donny McLeod’s squad for elastic strength work in the winter and Bill Walker’s squad for quality sessions in the summer.    Over the years a number of other athletes came to him for coaching including  Katherine Shepperd  and Fiona Hargreaves.    All the athletes I have mentioned became Scottish Internationalists, some also competing for Great Britain.

As a coach he was always very fair giving advice equally when he had two athletes in the same event. In the winter we did gym and weight sessions, stair sessions, hopping and bounding as well as the cardio vascular work required for the summer season. In the summer his training sessions were planned and tailored to fit the competition you were peaking for and to deal with the requirements of an eight hundred metres. He always expected you to compete for the Club as it was extremely important to him. If things were not going well he looked for ways to encourage you and keep you interested in the sport. Finally I remember he always said that sport was only a part of your life and that first and foremost you should enjoy it.”

That contribution tells us a lot about George and what made him such a good coach:

*an openness to new ideas and also a desire to seek out information to help;

* sharing his athletes with other coaches when he thought it would benefit them.   The expression about ‘the athlete should never be restricted by the coach’s limitations’ seemed to have been heartily endorsed by George.

* treating his athletes as individuals, even when they were competing against each other in the same events;

* a sense of proportion.

How did that philosophy show up in practice?   In athletics the yardstick must be quality of performance.   Taking the 1975 athletics yearbook as an example we can look at the 1974 season.   The women mentioned by Anne above all performed superbly well.

*   Anne Littlejohn had the top six 400m times and seven of the first eight.

*   Fiona McAulay was fourth fastest Scottish woman – and she was also an Intermediate that year.

The Inters all went on to excellent careers in the sport – Anne Clarkson’s was maybe particularly noteworthy.   George was also known to be a top class coach for relay teams.    His work with the sprinters and relays – the ESH time of 45.2 secs when they won the WAAA title at Crystal Palace in 1970 is the standout: it was faster than the Scottish team managed in the Commonwealth Games later that year (although the order was changed and one of them which wasn’t selected).

His credentials as a coach were well established but like all talented individuals he worked well on club committees and also represented the club on other bodies.   Like most coaches and officials with an interest in the good of the sport, he is a man of strong opinions and among the topics easily found to indicate this on the internet was the following.   In 1987 there was a move to create a ‘pyramid of provision’  for athletics in Edinburgh but it was seriously opposed by the athletic community for whom George was one of the strongest voices.   There is an article by Brian Meek in the ‘Glasgow Herald’ of 18th March that year outlining his views, and it can be seen at :

George was also a member of Edinburgh Sports Forum.2007, a body involved in athletics provision and government not only in Edinburgh but at a national level as well.   After much re-organisation and various club combinations, there was at last a single club for Edinburgh which is currently Edinburgh AC and it encompasses both the former Edinburgh AC and Southern Harriers.   In recognition of his contribution to the club George was made an honorary life member in 2002.

The profile indicates what an excellent coach George was, how highly respected by his athletes and fellow coaches he is and his total involvement in the sport.   He really should be better known.