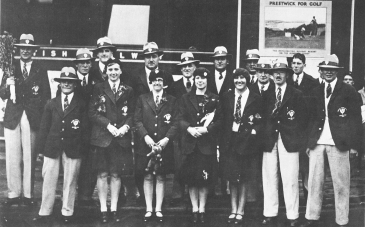 For many of us the Commonwealth Games started with the 1970 version at Edinburgh: a marvellous occasion.   But of course they started well before then.   As the British Empire Games the inaugural meeting was in 1930 in Canada, followed by London in 1934 and then Sydney in 1938 before being suspended for the duration of the War and re-started in 1950.

The links on this page are to the meetings before the War.   First of all there is the 1930 Games and the origins of the idea and that is followed by short reports on the ’34 and ’38 Games.