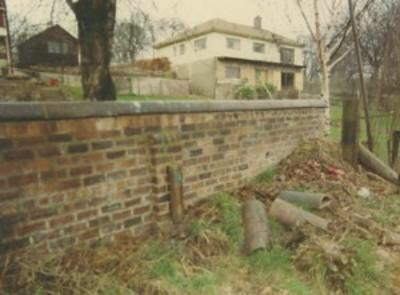 What’s a wall go to do with us?   Well, it’s not just any wall.   There used to be a wee lead memorial there, it was there for many years, and it  commemorated J Johnstone of Whiteinch Harriers who was killed while attempting to run across the railway line on 15th January 1898.   The railway line was an ever present danger – many will know of the plaque in Dalmuir Park,Clydebank which was a memorial to Robert Curie also aged 18, who died in an unsuccessful attempt to save two year old Charlie Friar from an oncoming train.

There will be many of these almost strange-but-true stories on this page over the next few months.